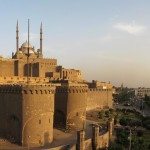 The immensity of Cairo will surely drain your energy but will fill-up your book of awesome experiences.

Egypt: Exploring the Pyramids and More

If you’re looking to see the beauty of the desert, then Egypt is definitely the place to go. Despite all the political turmoil that’s been going about the country, the Egyptians have remained strong and continue to welcome visitors that come every year.

Because of its history, Egypt is comprised of two majority religions that have influences their lives, namely Islam and Christianity. Expect to see great architecture in the form of minarets and mosques on the one hand, and churches and monasteries on the other.

More beautiful sights await those who go beyond the cities, especially when they follow the Nile where there are many historical monuments. The Nile cruise is arguably still the best way to be able to see all of them, especially the Pyramids of Giza, which is one of the Seven Wonders of the World. You’re also going to want to brave the heights of Mt. Sinai so you can watch the sunrise from there, or have a laid back view of the horizon at the Siwa Oasis.

Top off your trip to Egypt with even more historical sites, starting off with Tutankhamun’s Tomb located in the Valley of Kings in Luxor. But to see the finds you’ll have to check out the Egyptian Museum located in Cairo.

[quote_colored name=”” icon_quote=”no”]The Egyptians were also well known for their skill in the visual arts. Names to look out for include Ahmed Askalany, Wael Shawky, and Nazir Tanbouli. You can also find visual arts being showcased along other art forms in the Artbeat and Di-Egy Festivals. Egypt is especially known for its graffiti, dominating primarily contemporary art and used by young and experienced artists alike to depict various social issues.[/quote_colored]

Visit Egypt and you’ll find more than just the monumental structures of the past. In fact, you’ll find a world that takes its rich history and revolutionizes itself before our very eyes.