Home » Art in the City » Art in Europe » France Art 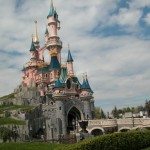 Paris is considered to be the most visited city in the world. It has been the dream destination of many people because of the timeless beauty of its attractions.

With more than 80 million visitors every year, France is currently the top tourist destination worldwide. For years, it has unfailingly attracted tourists to immerse in its world of gastronomically enticing and artistically enriching lifestyle, inviting them to experience life in the country within the bistro or market of their own choice.

No doubt your itinerary will be filled with food stops, starting off with a breakfast full of croissants before heading off to the many bistros in Paris while shopping around village squares in between. It would be an understatement to say that food is part of the French’s lifestyle. You’ll be trying out lots of new things, whether you’re munching on crepes in Brittany or going to the Reims cellars for their champagne. Hopefully you’ve worked out your appetite, which won’t be too hard given all the options available.

France doesn’t seem to settle for less than the best. They thrive in luxury, and you’ll find it in every cafe or garden you’ll find. Even the Roman temples and Renaissance chateaux are works of art.

Speaking of art, Paris’ Foundation Cartier is one of the many contemporary art galleries that showcase the best works in the country, alongside Galerie Xippas and Modus Art Gallery.  Many of the earlier contemporary works in France were based on historical events such as war and the holocaust, especially Christian Boltanski’s very powerful works. Christian’s wife, Annette Messager, focused her artistry on feminism and cultural identity.

[quote_colored name=”” icon_quote=”no”]Of course, your art exploration in France will not be complete without visiting the Louvre, which is the world’s most visited art museum. Beauborg, which dedicates itself to contemporary art, and Musee d’Orsay, which houses works devoted to impressionism, are also very popular art destinations.[/quote_colored]

Finally, don’t forget to find time to visit every city, especially those labelled as Towns of Art and History by France’s Ministry of Culture.