Home » Art in the City » Art in Europe » Germany Art 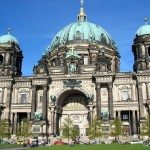 If you want to learn more about what’s written in your history books, you’ve got a city to conquer and explore, and that’s Berlin. 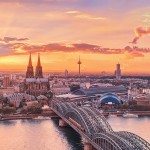 Cologne is located on both sides of the Rhine River. The city’s famous Cologne Cathedral is the seat of the Catholic Archbishop of Cologne.

Germany is a country that has given so much to the world throughout the years. They gave us the automobile, printing presses, the aspirin, and even the MP3 player. The country is also the birthplace of geniuses such as Albert Einstein, Beethoven, Martin Luther, Karl Marx, the Brothers Grimm, and so many other personalities that are well known throughout world history.

In fact, Germany is well known for being one of Europe’s most influential members and among the world’s biggest economic players, thanks to their competitive engineering and high-end tech products.

To the modern tourist, however, this country is chucking full of beautiful nature sights. Germany is your one stop spot for coastal gems, romantic river valleys, vineyards and thick forests. The most beautiful spots are the ones you will find off the highway, especially the icy German Alps. With that said you should never go to Germany without a lock and loaded camera.

Germany is a federal republic, so they are quite keen on diversification of cultures. Expect to see something different as you move between cities. Despite their differences, however, they have a unified love for beer, which is well entrenched in their culture. Make sure you make it in time for the annual Oktoberfest, which is Europe’s most visited event worldwide.

[quote_colored name=”” icon_quote=”no”]No art enthusiast should visit Germany and not go to Berlin, which happens to be one of the biggest art centres of the world. This is where Germany promotes international and local artists alike showcasing their works through countless events such as the Berlin Art Week and Gallery Weekend. [/quote_colored]Make sure you look out for the works of Joseph Beuys, who is one of the most influential artists in the country who coined the term “everyone is an artist”. For those looking for contemporary art, you can visit the annual Art Cologne.

Although Germans are said to be stern, they are actually very friendly and accommodating people. So go ahead and quench your thirst for art and adventure in Germany.