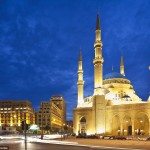 Beirut is one great example of a city with diverse civilization that has its roots from the Greeks, Romans, Arabs, Ottoman Turks and French.

Lebanon: More than What You Think

The historical conflicts that took place in the Middle East have really affected the way people from all over the world think about the Arab countries, and the Republic of Lebanon is no exception. Those who are willing to look beyond what they see, however, are ready to be surprised at how different the country can be. Lebanon can be a surprisingly beautiful place to visit, which explains why it remains one of the top tourist destinations in the Middle East today.

The Lebanese happen to be a very welcoming people, surprising them with their luxurious hospitality despite their simple ways of living. The food alone is enough to convince you that you’ve made the right decision to go. If you know your way around Beirut, you’ll find the best tasting Zatars and homemade falafels that are incredibly cheap but tasty.

The urban scene is far from simple, though, because they’ve got more Prada, Louis Vuitton, and Gucci stores than most other cities in the world. They also have a very active night life with people drinking at around 11 PM and partying on until dawn, especially in Batroun.

History buffs will find many gemstones in Lebanon in the form of fossilized caves and Roman ruins, such as those in Baalback. Go to Jeita and you will find its famous Grotto as well as the Nahr-el-Kalb, which is a significant historical site.

[quote_colored name=”” icon_quote=”no”]Looking for the art scene in Lebanon can be a bit tough. For starters, you won’t find much in their museums except for some Roman artefacts of the ancient civilizations.[/quote_colored] You will need to make your way to the Beirut Art Centre, where local and international artists alike exhibit their works. The Beirut Exhibit Centre in the Waterfront District is another good spot. Much of the local art are very reflective of the political climate, while the rest are unique to the location’s individual cultures. Either way, the art scene in Lebanon is worth praising because it is able to thrive.

Don’t be fooled by Lebanon’s outward appearance. There’s more to the country than you might think, and it starts with you making the decision to go there.