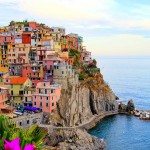 Damascus is the capital and the second-largest city of Syria after Aleppo. It is commonly known in Syria as ash-Sham and nicknamed as the City of Jasmine

The long drawn conflict through some parts of the Middle East as well as within the country itself has really put Syria in a tough spot, keeping investors and tourists at bay. What’s surprising however is that despite the advisory of many international authorities against travel, there are still those willing to brave the trip to Syria.

It is undoubtedly due to the many sights that you will be able to see once you get there. Being a country with great historical significance in the development of the Middle Eastern world, Syria is the venue of many historic sites that represent the Islamic architecture of the past. There’s the Temple of Bel, which is the most intact structure that’s left in Palmyra. There’s also the Monumental Arch, a former walkway to the nearby temple, but is now the grand entrance to the ruins. Indeed the Palmyra is Syria’s main attractions, making it crowded with people, but the place is so vast you can bet that there’s a place for you to be able to find a quiet spot to admire the ruins.

Being predominantly Muslim, majority of the architecture of Syria are Mosques and other buildings significant to Islam historically. There are, however, some castles you’ll find to be magnificent, such as the Crac de Chevaliers.

[quote_colored name=”” icon_quote=”no”]Syrians are very protective of their identity and they have the habit of preserving it in their art. The private sector promotes artistic growth within their society such that you can find opportunities to witness art in galleries, bars, and even ateliers. [/quote_colored] They are, however, a bit behind on contemporary art. Nevertheless, the beauty of their art is the kind that’s yet to be fully appreciated by the Western world.

Be among the few to be able to experience how beautiful Syria is right now.