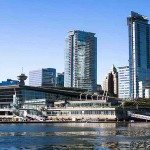 Vancouver is a big metropolis complimented with a cool aura. You will enjoy the outdoor activities, exquisite cuisines, extra lively Vancouver Art scene and heartwarming people.

Canada: Nature and Beyond

Beyond its mountainous and craggy exterior, Canada is also a place of great food, culture, wildlife, and fun road trips. This country, dubbed as the second largest in the world, is home to many beautiful nature spots that visitors go after every year. This means mountains with breathtaking views, majestic glaciers, magical rainforests, and secluded beaches. These natural environments are also home to a diverse wildlife that Canada is known for, including whales, polar bears, grizzlies, a host of bird species, and the iconic moose.

Of course, you’re going to want to go beyond sightseeing. That is, there’s room for you to snowboarding in the mountains of Whistler, kayaking in the Nahani River, strolling around Stanley Park or just swimming in one of the many beaches in the country.

Once you’ve had your fill of adventure, you can quench that built-up appetite and sample the cuisine in Canada’s many night markets, especially in Vancouver while switching between the different but equally fun night lives of Cape Breton Island’s Celtic Party and the Aboriginal Villages.

[quote_colored name=”” icon_quote=”no”]Art also plays a particularly significant role in Canada’s overall lifestyle. Between going to the International Fringe Theatre Festival of Edmonton – which happens to be the second largest of its kind in the world – and then touring Canada’s many museums like the Ottawa National Gallery, there’s certainly much to be done if you want to explore the entire art scene. [/quote_colored]There’s also the Jazz Festival of Montreal and the Film Festival in Toronto for music and movie fans, respectively. For something that is world renowned, head over to the Stratford Festival in Ontario as it happens to be the second largest of its kind.

Surely, there’s enough to go around for art enthusiasts and nature fans alike in Canada. If you’re into both, then visiting this country is a must.