What is Byzantine Art? – Definition, History, and Key Facts 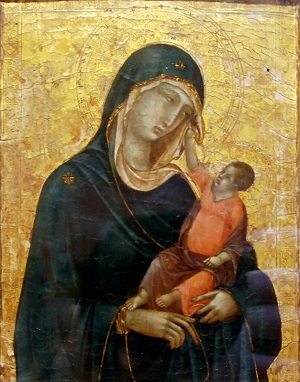 Madonna and Child is a painting produced by Duccio di Buoninsegna in 1300. The work in this painting is characterized as the most admired artwork of Duccio. In this painting, Madonna is depicted carrying the child with her hands.

Maestà is an altarpiece which is composed of many individual paintings produced by Duccio di Buoninsegna in 1308. This painting can be viewed at Museo dell’Opera Metropolitana del Duomo in Siena. 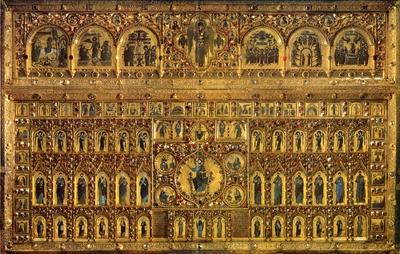 Pala d’Oro was first commissioned by Doge Pietro Orseolo in 976. It was made up of several enamels and precious stone depicting many saints. This is the most refined and accomplished works known worldwide of Byzantine enamel. 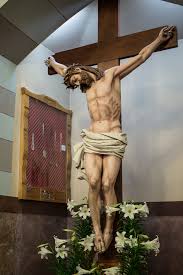 Crucifix is a wooden panel produced by Cimabue between 1287 and 1288. The cross link shown in this wooden panel is related to the Byzantine tradition. This can be viewed at Basilica di Santa Croce in Florence. 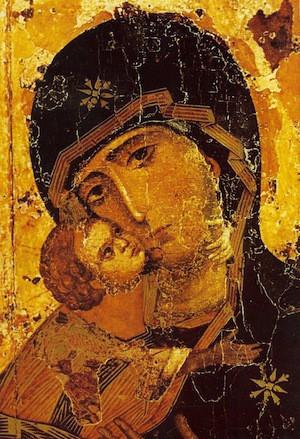 Theotokos of Vladimir is a medieval Byzantine artwork of the Virgin and Child produced in 1130. It is also known as Our Lady of Vladimir, Vladimir Mother of God, or Virgin of Vladimir. This was painted in Constantinopole. 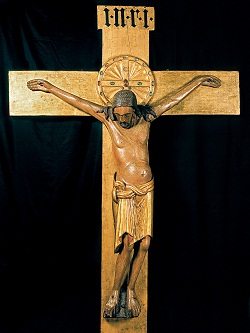 Gero Cross is an old large sculpture commissioned by Gero, Archbishop of Cologne between 965 and 970. It can be viewed at Cologne Cathedral in Germany and also known as Gero Crucifix. This sculpture is also carved in oak. 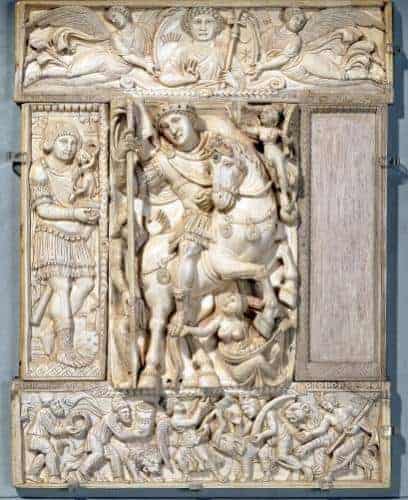 Barberini ivory is a byzantine ivory leaf from an imperial diptych. It depicts an emperor as the triumphant victor. It is estimated to have completed during the first half if the 6th century. 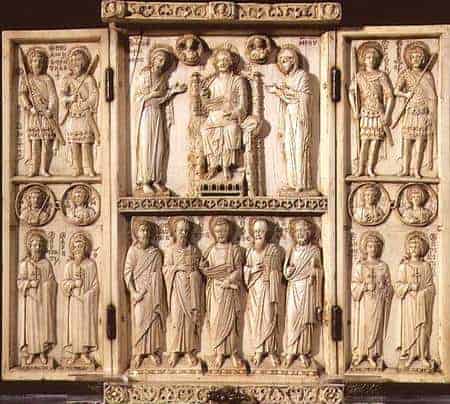 Harbaville Triptych is a Byzantine ivory triptych produced during the middle of the 10th century. It depicts Deesis and other saints and also some colouring which can be easily traced on some figures. It can be viewed at The Louvre in Paris. 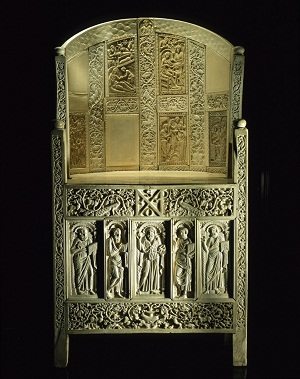 Throne of Maximian is a byzantine throne that was developed for Archbishop Maximianus of Ravenna. The style in which the throne was built is from early Christin art and the First golden age. The throne can be viewed at Archiepiscopal Museum in Ravenna.