Egyptian art is known for its symbolic, stylized, and use a myriad of media to vividly express their belief systems, wealth, power, and dedication to history and to life after death. Glory to their gods and the recording of national events and victories were paramount to the purpose of their art. This article features the 10 most famous Egyptian artworks.

Egyptian art consists of paintings, sculptures, architecture and other arts produced by the civilization of ancient Egypt art – Definition, Key Facts, and History. 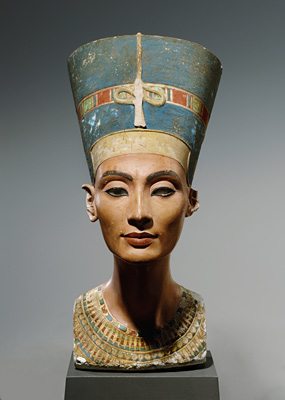 Nefertiti Bust is a sculptor stucco coated limestone bust of Nefertiti produced by Thutmose in 1345 BC. In this scultpure, the Great Royal Wife of the Egyptian Pharaoh Akhenaten is being depicted. This is regarded as one of the most copied works on ancient Egypt. 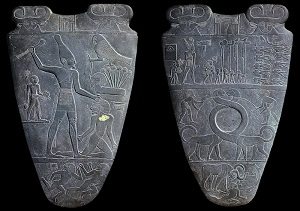 The Narmer Palette is a significant Egyptian archaeological find which could have produced around the 31st century BC. It is also known as the the Great Hierakonpolis Palette or the Palette of Narmer. It has mainly some significant ancient inscriptions. 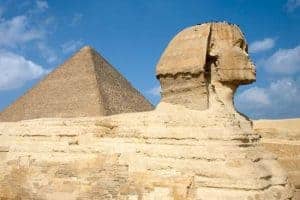 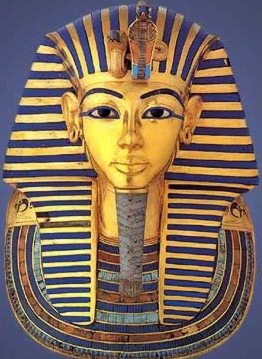 Tutankhamun’s mask is an ancient death mask produced in the 18th century in ancient Egypt. It was discovered by Howard Carter in 1925. This is regarded as one of the most famous Egyptian artworks and almost admired and well-known works of art around the world. 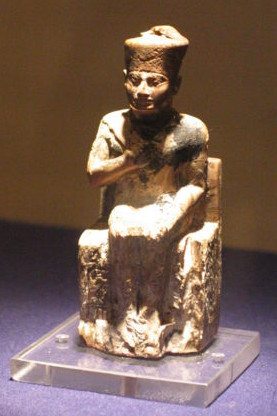 Khufu Statuette is an ancient Egyptian statue which was founded by Sir Willian Matthew Flinders Petrie in 1903. It was discovered in the Temple of Khentyamentiu, Abydos in Upper Egypt. It is a three-dimensional depiction of Khufu. 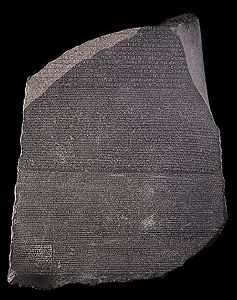 Rosetta Stone is a granodiorite stele discovered in 1799. The Rosetta Stone is inscribed with the three versions of texts. The top is in the hieroglyphic script, middle in the demotic script while the bottom in the ancient greek. 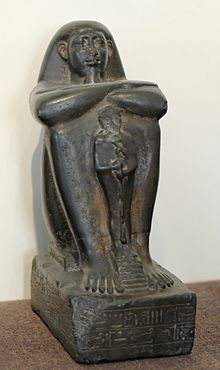 Block statue is a memorial statue discovered in the Middle Kingdom of Ancient Egypt. In this statue, it is generally assumed that a guardian is seated in the gateway of a temple. A man is sitting with his knees drawn up to his chest and his arms folded around his knees. 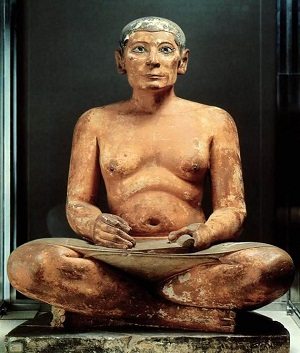 The Seated Scribe is a sculpture discovered in 1850. It is also known by the name “Squatting Scribe”. This limestone sculpture depicts a man in a seating position. It can be viewed at the Louvre Museum in Paris. 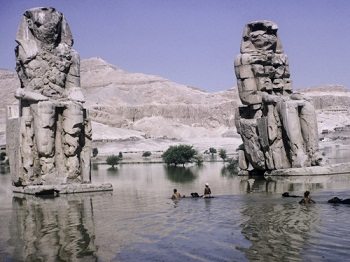 Colossi of Memnon consists of two massive huge stone statues of ancient Egypt. These stone statues represent Pharaoh Amenhotep III and they can be viewed at the Theban Necropolis, located west of the River Nile from the modern city of Luxor. 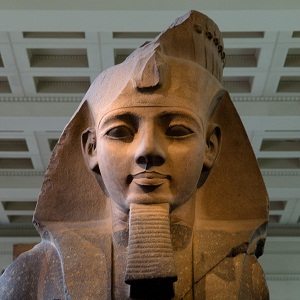 Younger Memnon is an ancient Egyptian statue that represents one colossal granite head from the Ramesseum mortuary temple in Thebes, Upper Egypt. This is a damaged statue as it has lost some of the lower legs and body.

Tags:
Sculpture
Newer Drawing Is So Powerful, And Why Everyone Must Draw
Back to list
Older 10 Most Famous Byzantine Art

Roman art spans the centuries of the Republic and of the later Empire that governed the lands of the Mediterranean, Europe, and the Bri...

END_OF_DOCUMENT_TOKEN_TO_BE_REPLACED

This article features 10 of the most famous Gothic art. Gothic art was a style of medieval art that developed in Northern France out of...