15 Most Influential Contemporary Artists you should know

During the 20th and 21st centuries, much of the art produced by artists is known as contemporary art. It is known for capturing the world of today and produces lasting impressions which endure for the years that follow, outlasting even their painter.

The famous artists who produce these works, many of whom are still alive today, are cementing their legacies. Such artistic lifetimes will no doubt give us a cause to pause and reflect on their works and lives in the future. Here are some of the most influential contemporary artists that you should know about. 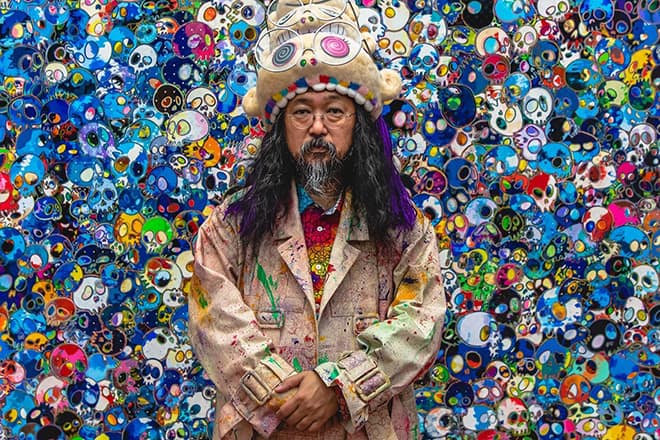 Both greatly celebrated and deeply criticized for his culturally imbued stylistic choices, Takashi Murakami has been called a sell-out for his business-like approach to art and designing and producing Japanese pop-culture consumables.

Even with all these reviews, Murakami coined the “super flat” artistic style, an art theory based on the 2D Japanese manga and anime imagery often surrounding him.

He even received an invitation in 2003 by Louis Vuitton for a 13-year project of combining his art style with the brand. The artist has a vast collection of work, averaging out at $1.8 million dollars per piece, making him highly sought after. 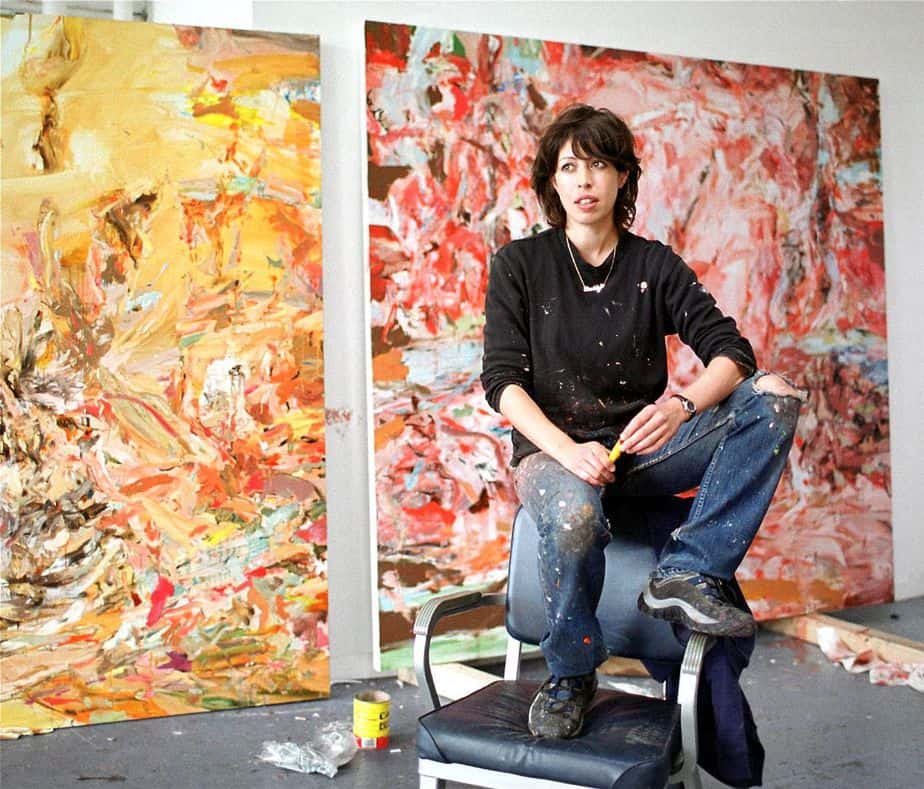 Born in the United Kingdom, Cecily Brown is often compared to the likes of Willem de Kooning and Francis Bacon. This comparison is on account of the vivid and atmospheric artistic depictions that she produces. 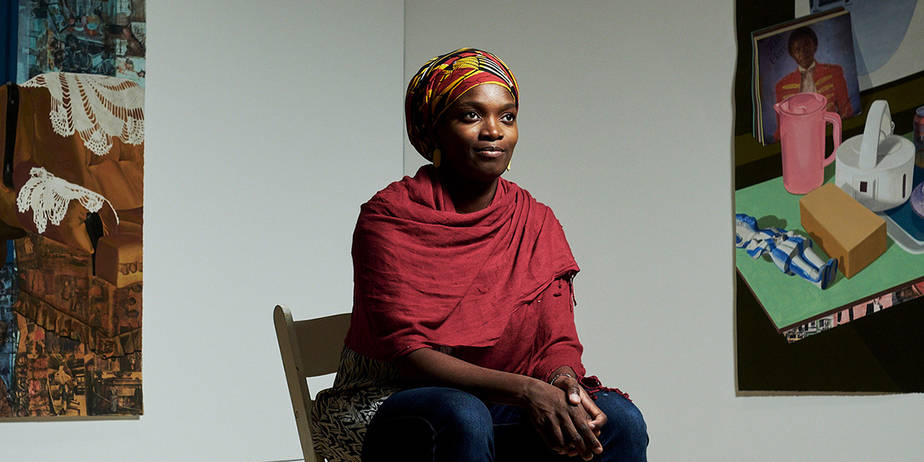 Njideka Akunyili Crosby was born in Nigeria, and her first aspirations upon adulthood were not that of art. Akunyili Crosby first studied biology at Swarthmore College in the United States of America, while later earning her Master of Fine Arts (MFA) at Yale.

For the 2017 MacArthur Fellow, the artist recommended herself when she was named. Her artwork most often examines the concept of cultural hybridity through a number of different reference points and much of her work features people, namely herself, her family, and her friends. 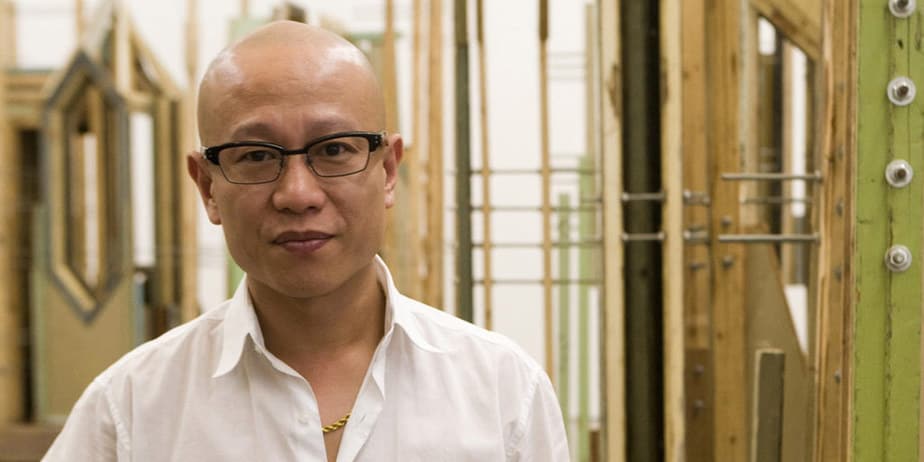 Hailing from Beijing where he lives and works, Liu Wei studied at the National Academy of Fine Arts in 1996 in China. Much of his work explores socio-political ideas, such as the discrepancies within contemporary society and the changing landscapes of urban centers and cities.

For this to work, the artist uses architectural design as an aspect of his work, referencing his urban surroundings. Perhaps making him especially unique, Liu Wei makes use of found materials in his art, where he draws new and special meanings from them. 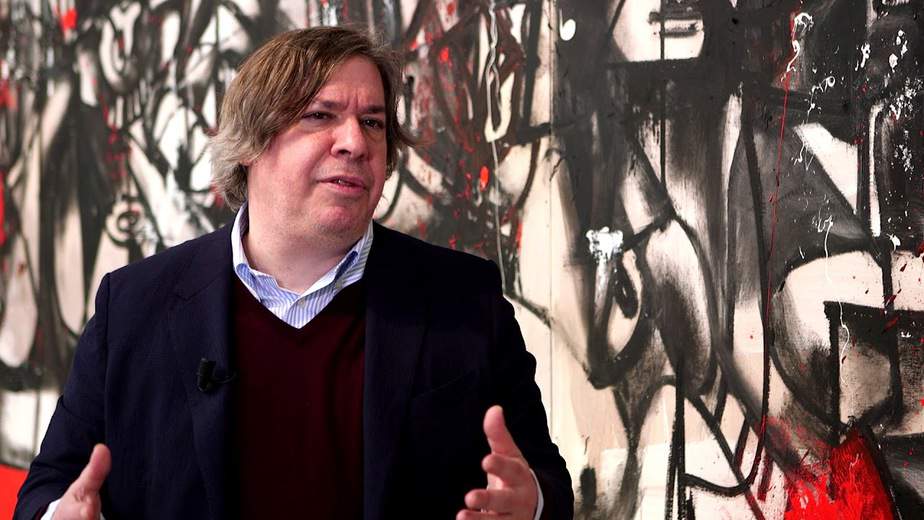 The work of George Condo is remarkable in its use of characterization, often depicting people sporting large, bulging eyes and round, bulbous cheeks.

The stylistic choices he makes in his paintings have been absorbed from a number of different influences such as Pablo Picasso, Henri Matisse, and Cy Twombly to name a few.

His use of the brush creates a particular language, although some of his works do not match his unique art style. Much of his work is thought to make use of aspects of humanity that are unseen to the eye of the human imperfections which are so often a part of who we are. 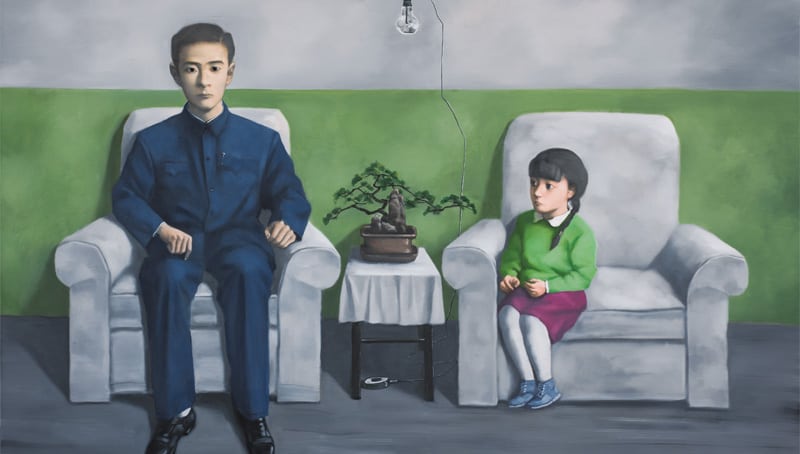 Born in Kunming, China in 1958, Zhang Xiaogang studied at the Sichuan Academy of Fine Arts.

Sometimes having to work construction and other odd jobs during his career, he originally had wanted to teach painting. An up-and-coming member of the Chinese contemporary movement, Xiaogang painted a number of surrealist-style paintings focusing on the Chinese Cultural Revolution.

In particular, he focused on the subjects surrounding its effect on family, history, and memories. His most celebrated work, Titled Bloodlines, came about because of an old family album. 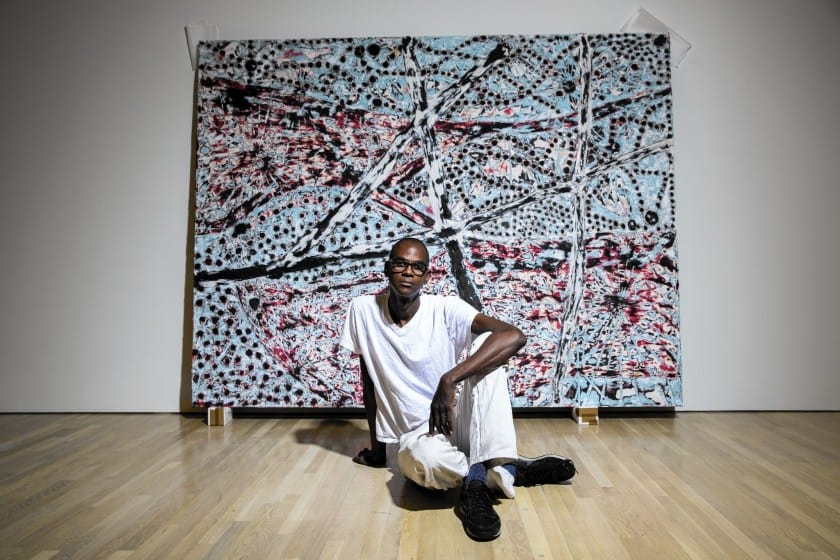 Mark Bradford, born in 1968 in Los Angeles studied his Master of Fine Arts at the California Institute of Arts in 1997. Much of his work showcases the unique issues faced by African Americans surrounding the struggles of race and poverty.

His works of abstraction are formed through multimedia painting, where he displays both emotional and political ideas through his works. His focus on smaller details often points towards bigger issues.

He famously showcased his work for the United States pavilion at the Venice Biennale, an international art showcase in Venice, Italy. 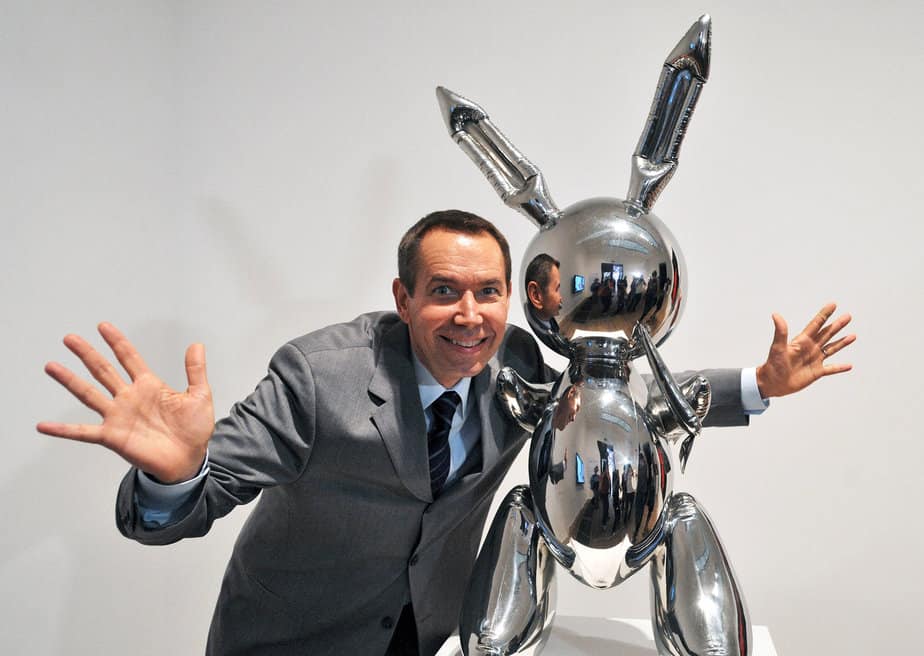 During the 1980s, Jeff Koon’s contemporary artworks began to be noticed by the art world. Much of his works feature natural beings and other well-known creatures, sculptures that are much sought after.

When produced, the scenes made with these creatures are illuminated with stainless steel, so polished that it has a mirror-like finish. His works have been described by others as inspiring illusions of absolute perfection, while also being visually stunning and disturbing.

In 2013, one of his pieces, Balloon Dog, was one of the highest-selling pieces of work from a living artist, earning Koons $58 million dollars. 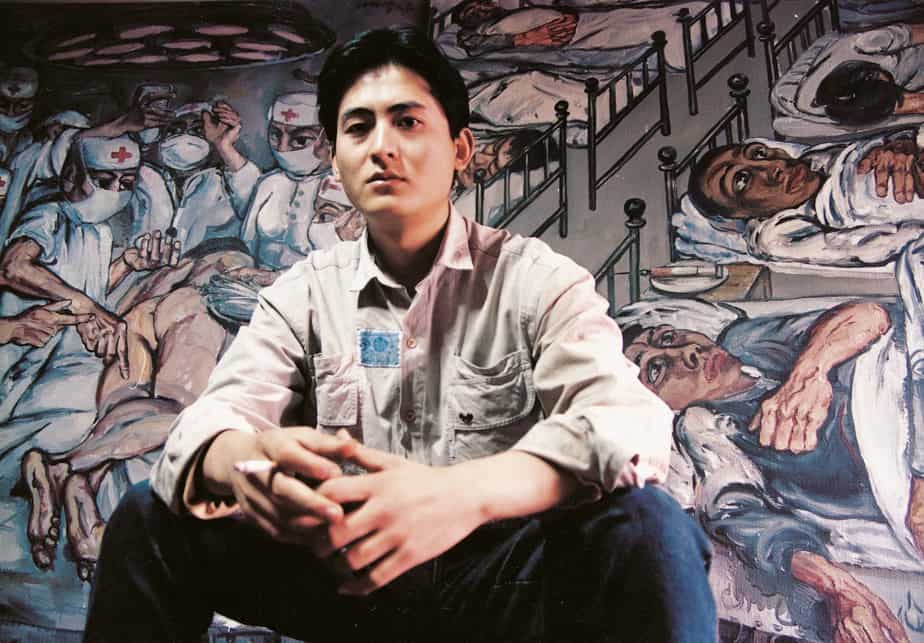 Born in 1968 in Wuhan, China, Zeng Fanzhi garnered an interest in German Expressionist painting. Living and working in Beijing, Fanzhi had lived through the Chinese Cultural Revolution which helped him to focus on work through the lens of his experiences.

Much of his work counterculturally explores the changes experienced in the modern-day Chinese culture, oftentimes critically. One of his most iconic paintings, Tiananmen is evidence of this work.

His depiction of human faces and expressions is lively, where he shows his subject’s faces through a dense array of thickets and branches. 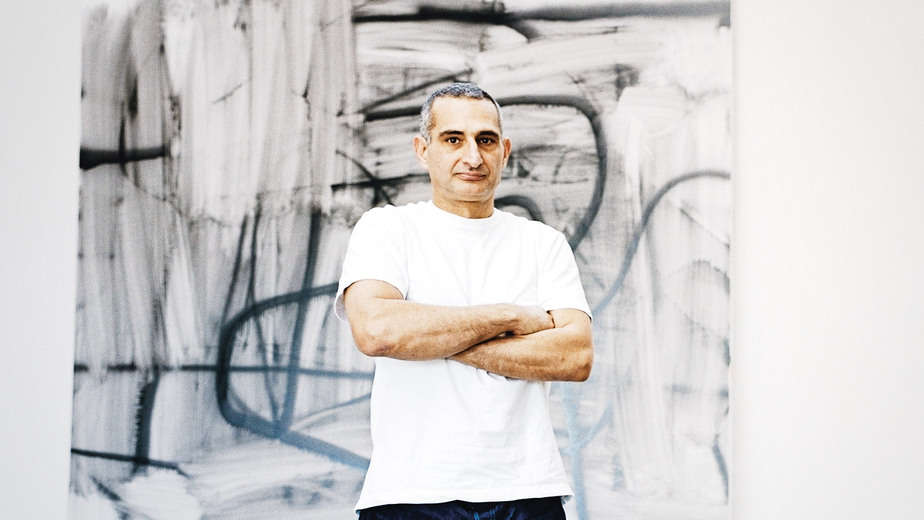 Christopher Wool is an artist from the United States of America, born in 1955. His works were part of the New York Studio School of art.

His works contain a certain uniqueness about them because Wool made it a practice of his to introduce graffiti techniques into his art. Across the world, these artworks have been exhibited from the Museum of Contemporary Art in Los Angeles in the United States to the Moderne Kunst am Museum Ludwig in Cologne, Germany.

His works often contrast both text and abstract brushstrokes across white backgrounds. 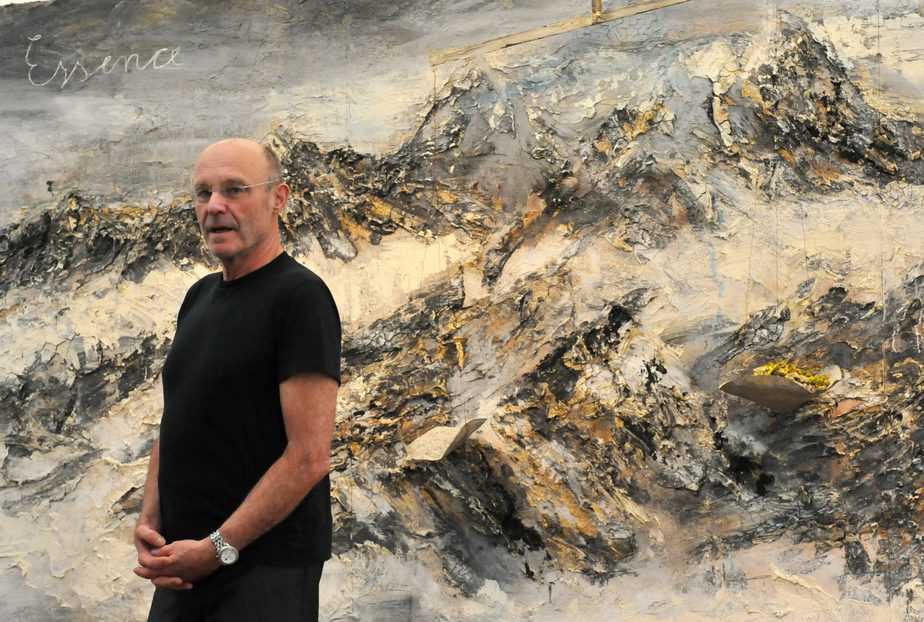 A German painter and sculptor, Anselm Kiefer made use of a variety of mixed mediums to develop artworks on several themes. Most notably, Kiefer worked with German history, the Holocaust of the Jews and developed work on the spiritual ideals of Kabbalah, a school in Jewish mysticism.

His art makes arguments using the past and addresses many different controversies from recent German history. His willingness to reflect on and confront the dark history of his country and culture in his work, as well as the signatures, names, and places tie his work directly to reality. 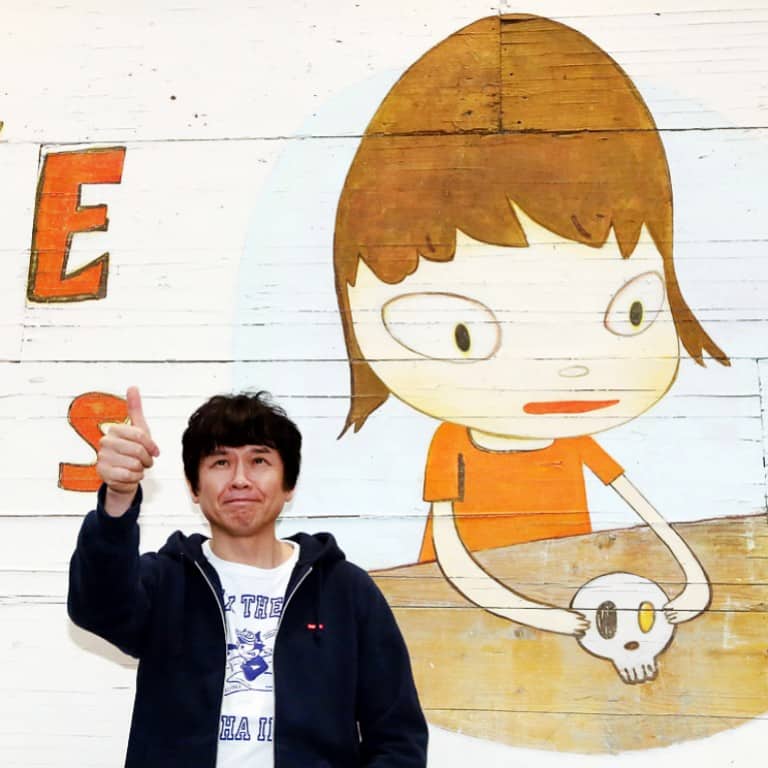 He is well-known for his works featuring children and animals, such as his Do Not Disturb! He has received artistic influence from both the east and the west, drawing on themes of isolation, rebellion, and spiritual practice through a variety of media, such as printmaking, painting and sculptures, ceramic work, and installations.

The artist himself says that his work is filled with religious and philosophical connotations, yet most viewers would not notice these undertones. 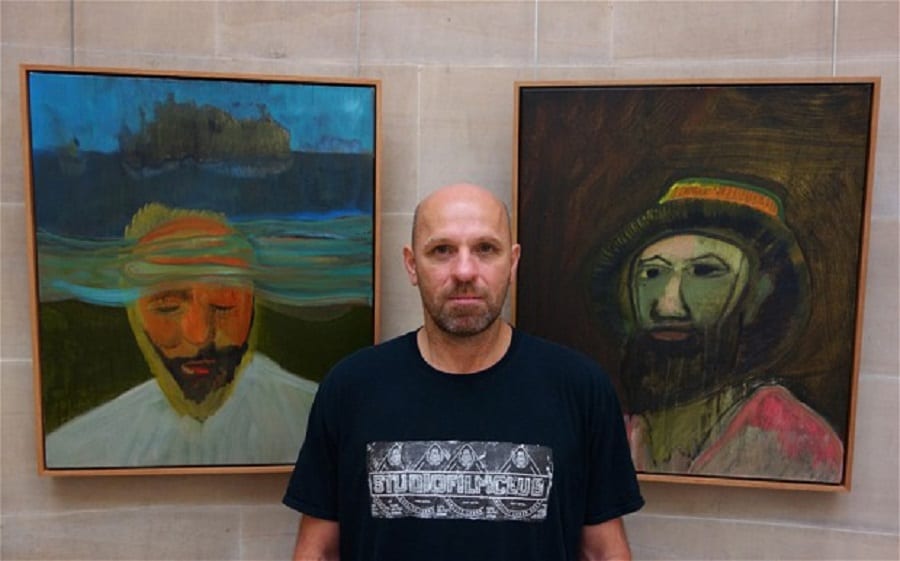 Perhaps one of the most celebrated representational painters of our day, Peter Doig was born in 1959 in the United Kingdom. In 1979, he studied at the Wimbledon School of Art in London and later received his Master of Arts from the Chelsea College of Art and Design.

Most of Doig’s paintings are known for equally representing both landscape and figural art, where he often makes distinctive abstract works. His artwork functions both as a diary and a relevant artistic expression for others, where his works share no formulaic relationship between one another. 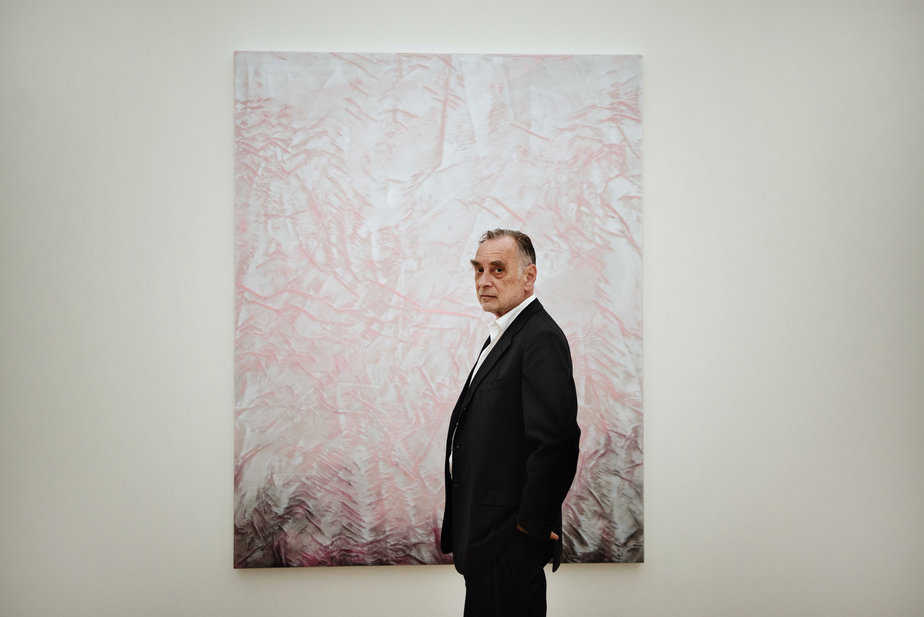 Rudolf Stingel is an artist who was born in Italy, although he lived and worked in the United States. He is most well-known for his work during the 1980s, where he began mixing silver into the primary colors used in his artwork.

The artist also developed a series of architectural installations, by making use of rubber, carpet, aluminum, and paint. Oftentimes, he would seek to question and disturb the viewer experience of certain traditional objects, as well as challenge essential notions surrounding the painting, such as the use of context in art. 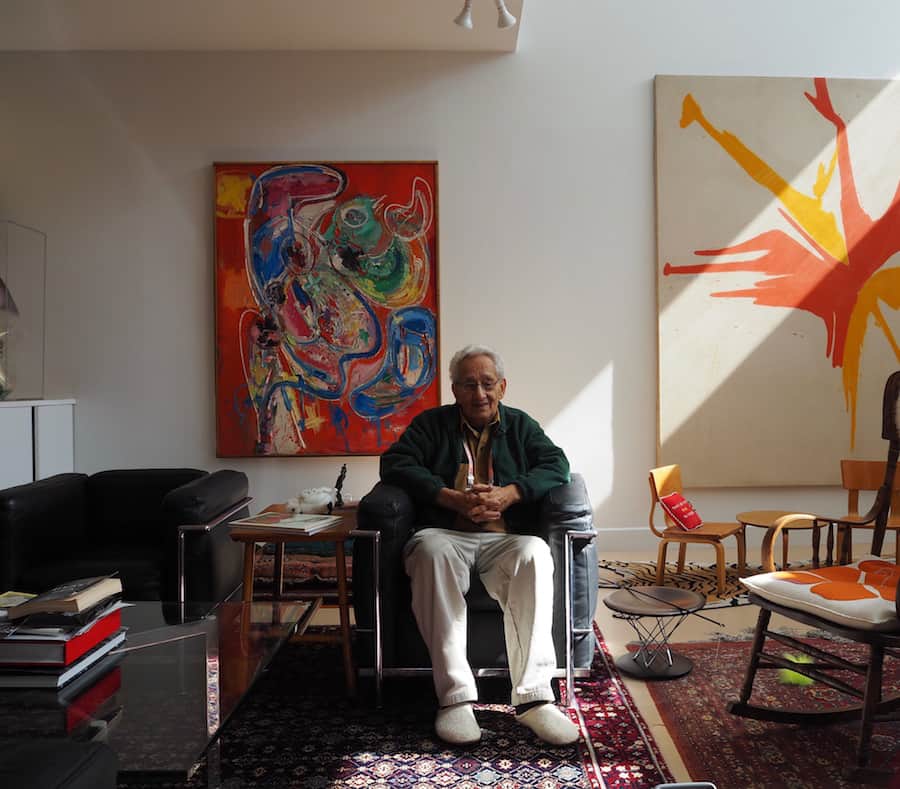 Born on May 12, 1936, in the United States of America, Frank Stella attended Princeton University before moving to New York City. His work was mostly influenced by abstract expressionism, and his works as an abstraction artist are well known.

Stella especially made use of geometric shapes and patterns to create his paintings and sculptures and explore a variety of forms, compositions, and color palettes.

Eventually, he managed to make a name for himself in the art world, and in 1970, Stella became the youngest ever artist to be granted a solo exhibit at the Museum of Modern Art (MoMA).

Check Out 12 Most Famous Artworks by Frank Stella

There are many famous contemporary artists in our day and age, many producing works using a variety of different styles and techniques. Of course, some of these artists were influenced by artists of old, while yet others decided to incorporate new and unique ideas into their works.

These most influential contemporary artists will only be replaced by others. As such, the cycle of new art styles, improved techniques, and amazing art will continue on, until such works of our day and age are but a historical exhibition in the future.