Pop art is an art movement that has its roots in the United Kingdom and the United States and makes use of imagery from popular and mass cultures such as cultural objects, celebrities, comic books, and advertising. One of the artists who shaped the pop art movement is Andy Warhol

The American artist who was also a director and producer, in his time, was one of the foremost figures as far as pop art was concerned. His works often research the correlation between artistic expression, advertising and celebrity culture that was seen flourishing in the 1960s.

His impact in this field was so great that he was nicknamed and fondly referred to as ‘The Pope of pop art’.

Most times, the subject of his work changes from symbolic American objects to fiction, to celebrities to traditional concepts. His paintings triggered a turn around in the way art was perceived.

Warhol has been featured in quite a number of books, documentaries, and exhibitions. In his native city of Pittsburgh, there is a museum called the Andy Warhol museum.

Quite a lot of His works have been found to be collectible and greatly valued. His painting called the Silver car crash happens to be his highest-priced work, though his creations include some of the most expensive paintings ever sold.

For the purpose of this article, we’ll be talking about 7 most famous Andy Warhol artworks.

First on our list is the painting called ‘Banana’ made by Andy Warhol in 1966. He was associated with a band known as the velvet underground and was their manager as of 1965. This art called banana featured on the cover of the band’s debut album titled, The Velvet Underground & Nico. 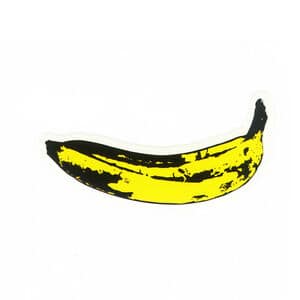 The cover featured the image of a banana covered by a banana skin sticker that viewers could pull back and reveal the flesh-colored nonexistent fruit under.

Back then, the album was referred to as “the most prophetic art album ever made.” After ranking 13th on Rolling stone magazine’s greatest album of all time list, Warhol’s Banana became one of the most sought after pieces of pop art.

Banana can rightly be referred to as the international symbol of Warhol.

There is hardly anyone who would claim to not know the coca-cola brand. The coca-cola bottle is a symbolic American object which happened to tickle Warhol’s fancy.

In fact, one of his famous quotes has a thing to do with it. He created many works on the coca-cola bottle. Unlike his later silkscreens, coca-cola is hand-painted and happens to be one of Warhol’s most expensive paintings ever sold. 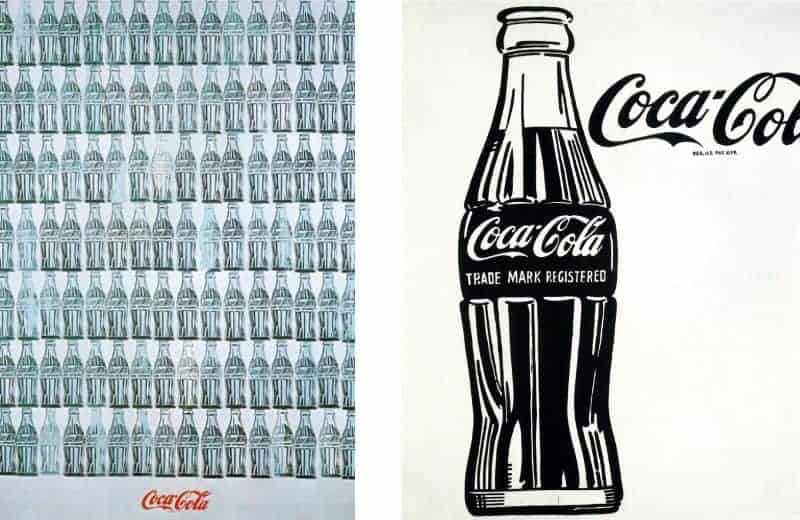 The coca-cola bottle was said to be an inspiration to Warhol as he set out to develop his own identity. Throughout his career, Warhol created about 15 different artworks related to coca-cola.

This work of art created in 1973, started in the year President Richard Nixon, who was the US president, made his first visit to China, 1972.

He made hundreds of paintings of MAO, making use of a photograph from MAO’s little red book. This painting is quite huge and is about 15 feet tall. It is also the most well known MAO portrait by Warhol. 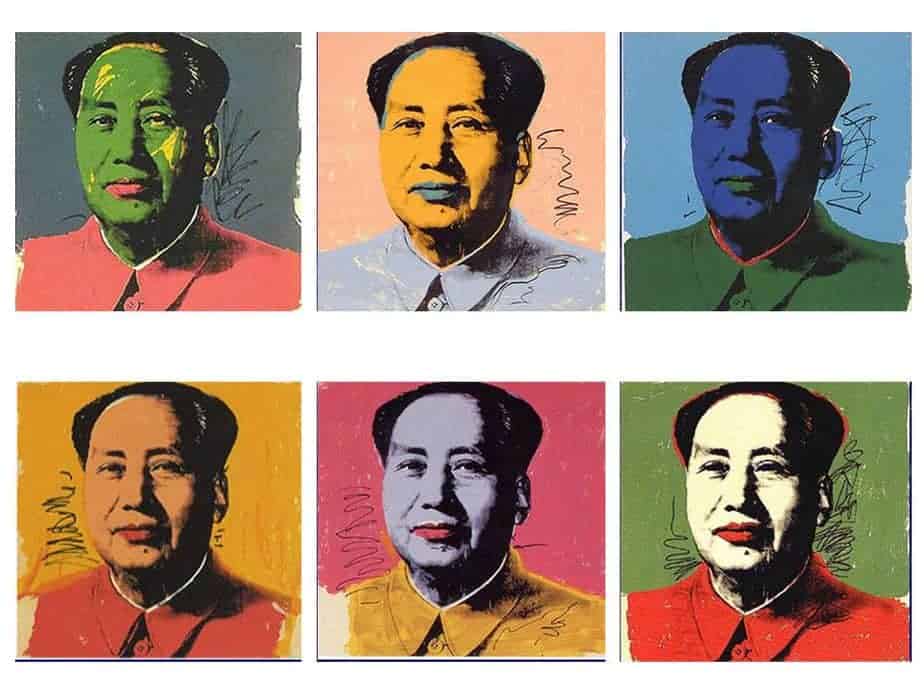 Warhol in making this painting used strong and colorful brushstrokes to apply makeup with overly ostentatious colors on MAO’s face.

This particular painting reflects Warhol at his most painterly self and is said to be one of the best paintings he made.

Campbell’s soup cans also known as 32 Campbell’s soup cans is one of Andy Warhol’s famous works. It was produced between November 1961 and April 1962. It is made up of 32 canvases, each one representing the canned soup varieties that the company offered at the time.

This is the work of art that made pop art become a major art movement in the USA.

The debates that stemmed from the merits and ethics of such work made Andy Warhol the leading and most well-known pop artist.

Following Marilyn Monroe’s death in August 1962, Warhol created this masterpiece which consists of 50 images of Marilyn using the same publicity photograph from the film titled Niagara. 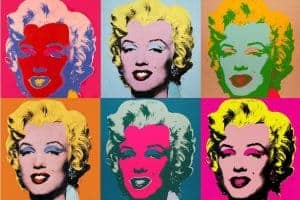 The work is divided into two halves, with 25 images on both sides. The 25 images on the left are colored and those on the right are in black and white with a fading effect.

This piece is considered a symbolic work of pop art and was once rated the third most influential piece of modern art in a survey by Guardian.

Created in 1963, this work is a 12-foot painting of eight identical, overlapping images of Elvis Presley in cowboy attire.

It is a unique painting as it was not mass-produced 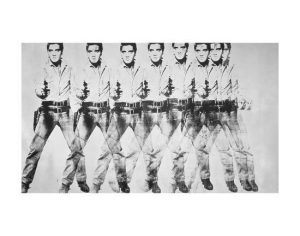 d like the majority of Andy Warhol’s works. As of 2008, it sold for $100 million, making Warhol the fifth artist to have a work sold at that price.

It is a masterpiece and remains one of the most expensive paintings ever sold.

Andy Warhol was known to have a fetish for shoes and feet. This was probably the inspiration behind the shoe series. His advert for women’s footwear in the 1950’s was outstanding and recognized. It is a collection of different shoe paintings by Andy Warhol. 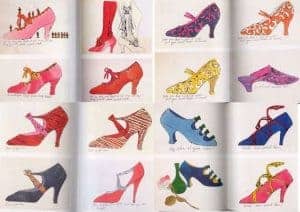 The exhibition poster depicts a single emerald green shoe hanging in a starry sky. He however incorporated a lot of different shoes in his shoe series and they were reminiscent of still life’s.

Andy Warhol influenced art in many ways, he made use of bright colors, celebrities, and everyday objects in his bid to enable everyone to relate to art. He wanted to give people something to question and his works like the Campbell’s soup cans and Marlin Diptych raised a lot of questions as to why art was done that way and why those works count as art.

He successfully merged popular culture and art together just like he intended to. He had an immense contribution to the development of pop art and the King of pop art cannot be ignored by anyone looking to learn more about that Genre.

END_OF_DOCUMENT_TOKEN_TO_BE_REPLACED

Modern painting as we know it officially began in the 19th century, where the advent of cameras and photography and our abilities to ca...

END_OF_DOCUMENT_TOKEN_TO_BE_REPLACED

Modern art is a period which includes artistic work produced during the period extending roughly from the 1860s to the 1970s. This arti...