Top 10 Most Expensive Artworks Ever Sold 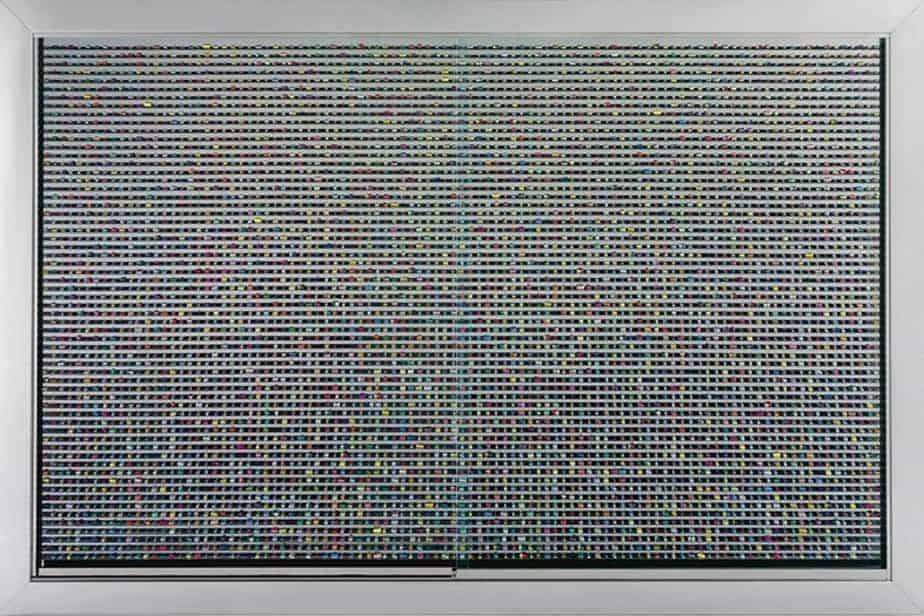 Lullaby Spring was made in the year 2002 and was sold at Sotheby’s Contemporary Evening Auction in London on 21 June 2007 at the price of $13.3 million. In Lullaby Spring, we are presented with a monument to mankind’s attempt to break the cycle of life and death.

This artwork shows a bull with solid 18-carat hoofs, horns, and a golden disc on its head. 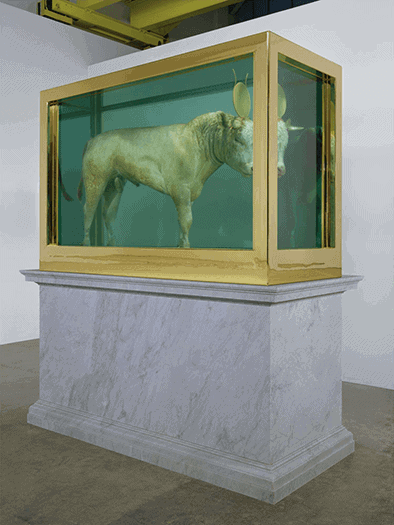 The Golden Calf was made in the year 2008 and was sold at a price of $14.4 million tops the list of top 10 expensive artworks. It refers to the Exodus account of the Israelites’ idolatrous worship of a Golden Calf during Moses’s absence. As seen in the picture above the calf is crowned with a sun disc of solid gold which was considered to be a symbol of pagan deification. Gold is the thing that when you open the briefcase in the movies, shines on you and sucks you in, Hence it is used to depict that It brings out the worst in you as well as the best.

This art shows a tiger shark in a black vitrine. 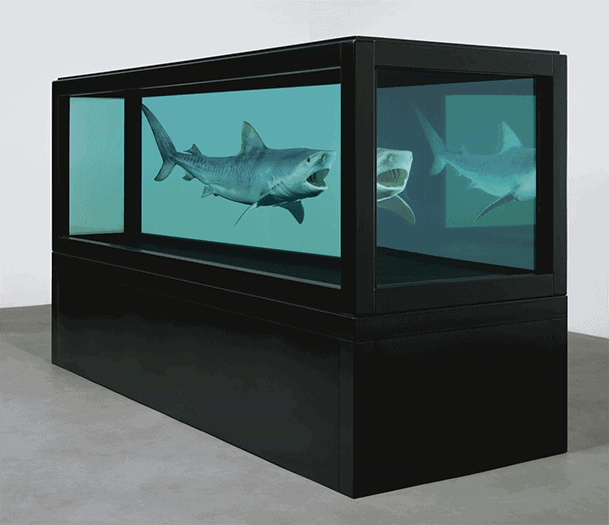 The Kingdom was made in the year 2005 and was the second-highest lot on Sotheby’s dedicated Hirst auction on 15 September 2008 and it was sold at the price of $13.1 million comes second in the list of 10 Most Expensive artworks. It shows The physical impossibility of death in the mind of someone living and it made headlines in 2005 when art collector and patron Charles Saatchi privately sold the work to an American buyer for nearly £7 million.

This artwork displays diamonds instead of pills. 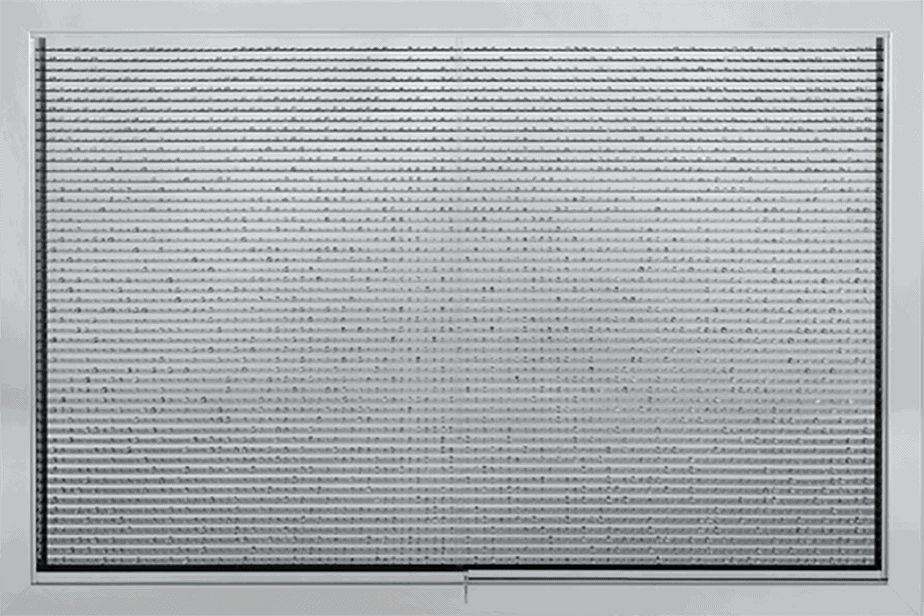 Fragments Of Paradise was made in the year 2008 and sold at the  Sotheby’s dedicated Hirst auction on 15 September 2008 at the price of $7.1 million. it shows that the amazing thing about diamonds is that they take light and throw it back at you but they have a dark side as well.

Eternity is a ‘Kaleidoscope’ butterfly-wing painting, it spans 17 feet wide and includes over 2,700 butterflies. 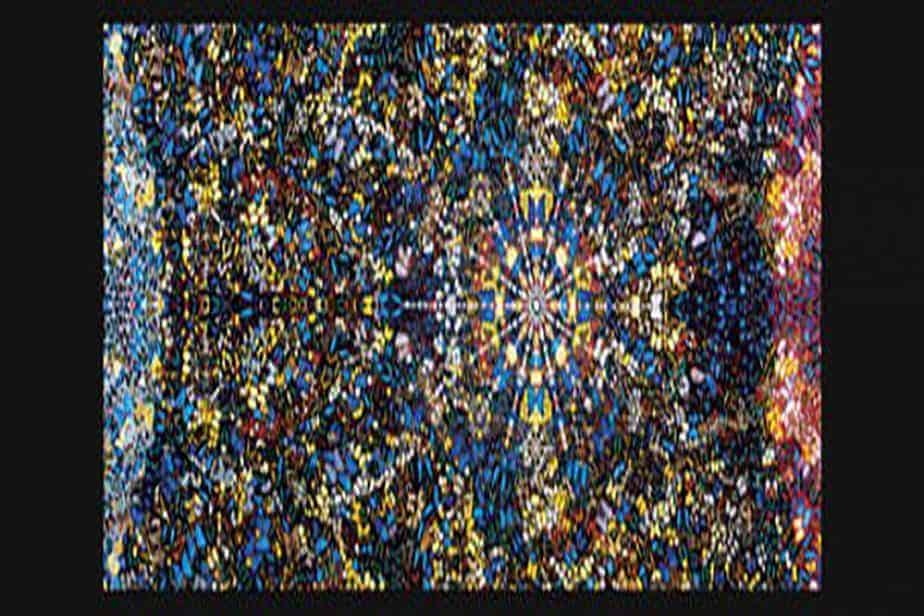 Eternity was made in the year 2002 and sold in Phillips Contemporary art evening sale in London on 13 October 2007 at the price of $6.5 million. This painting depicts people’s obsession with life, death and blurring the lines between the 2 but the artist himself thought that it is the celebration of life rather than something morbid.

First-ever and one of the largest pills cabinet made by Damien Hirst. 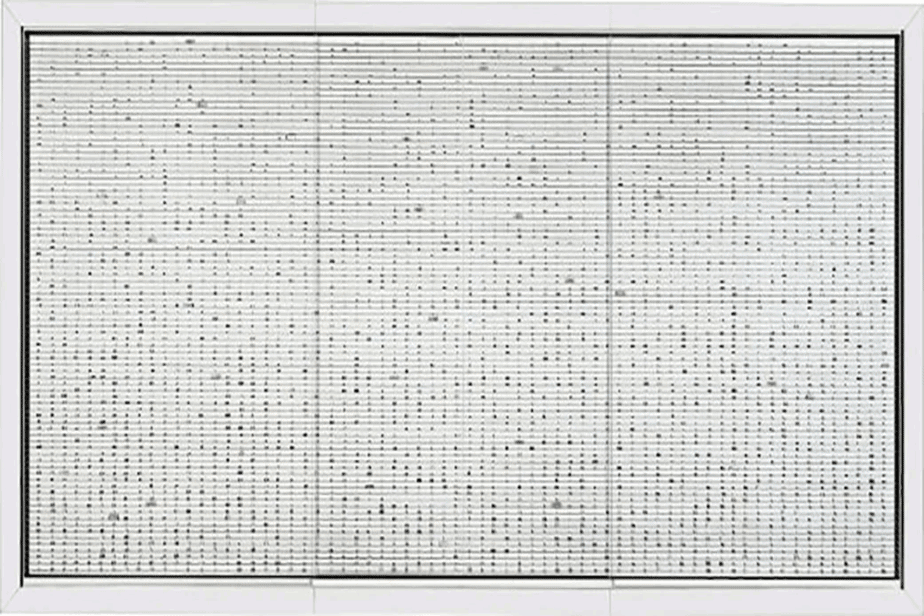 The Void was made in the year 2000 and sold at Phillips 20th century and contemporary art evening sale in new york on 18th May 2017 at the price of $5.8 million. The Void focuses on issues like life and death, sickness and health, addiction, and rehabilitation. 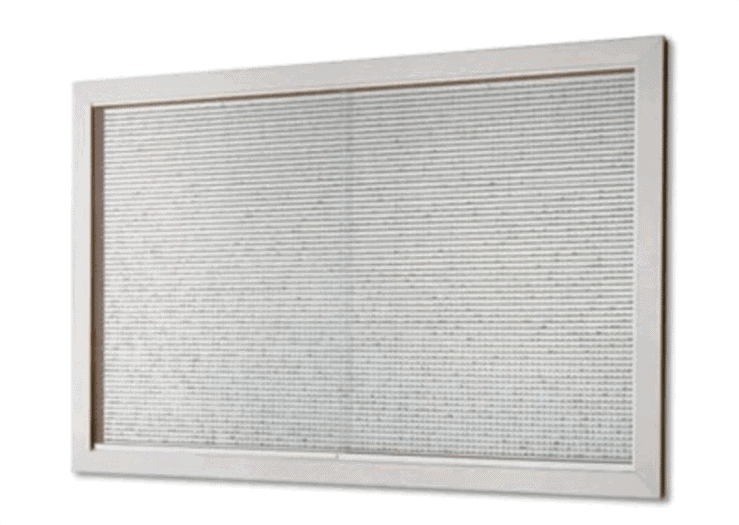 Where There’s a Will There’s A Way 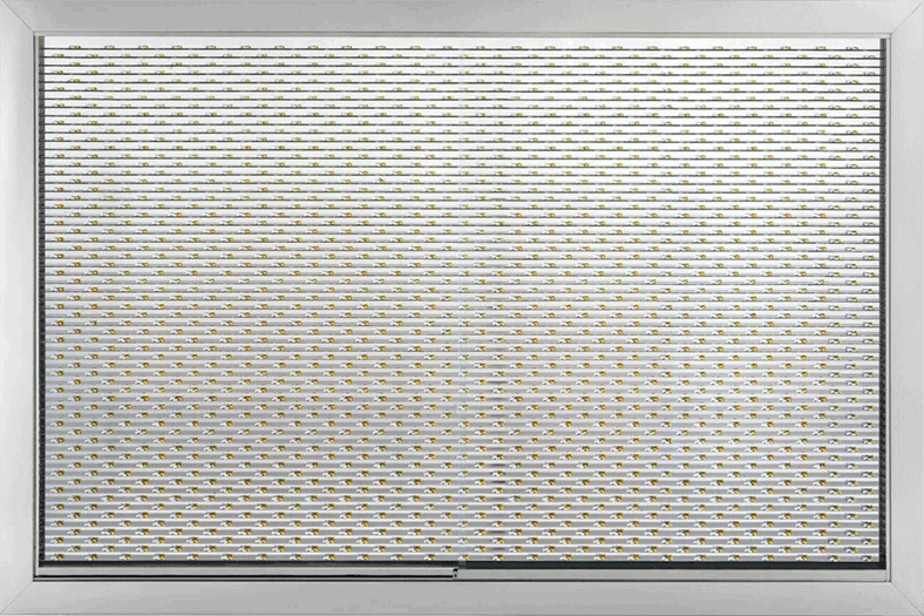 Where There’s A Will There’s A Way was made in the year 2007 and was sold on 14th February 2008 at a RED charity auction at the price of $7.1 million. it represented a story of how the art community has been reacting to the AIDS epidemics and giving the patients the will to fight AIDS.

Away From The Flock 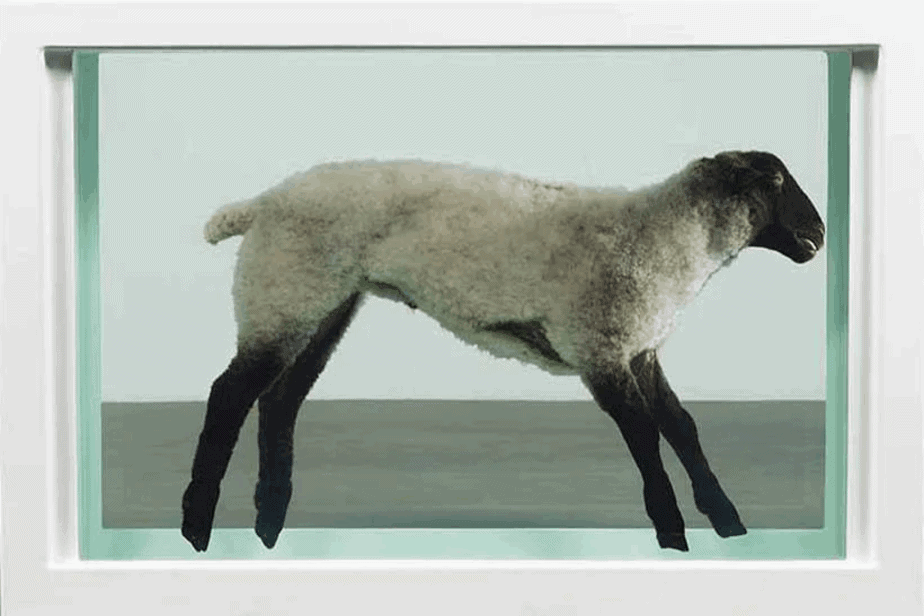 Away From The Flock is a lamb sculpture made in the year 1994 and sold at the bidding at Christie’s Post War and contemporary art evening sale in New York on 17 May 2018 at the price of $4.4 million. as the title suggests, a term we associate with religion, specifically Christianity, – “to leave the flock” is to leave behind the protection of the church.

this artwork displays fish preserved in formaldehyde alongside fish skeletons 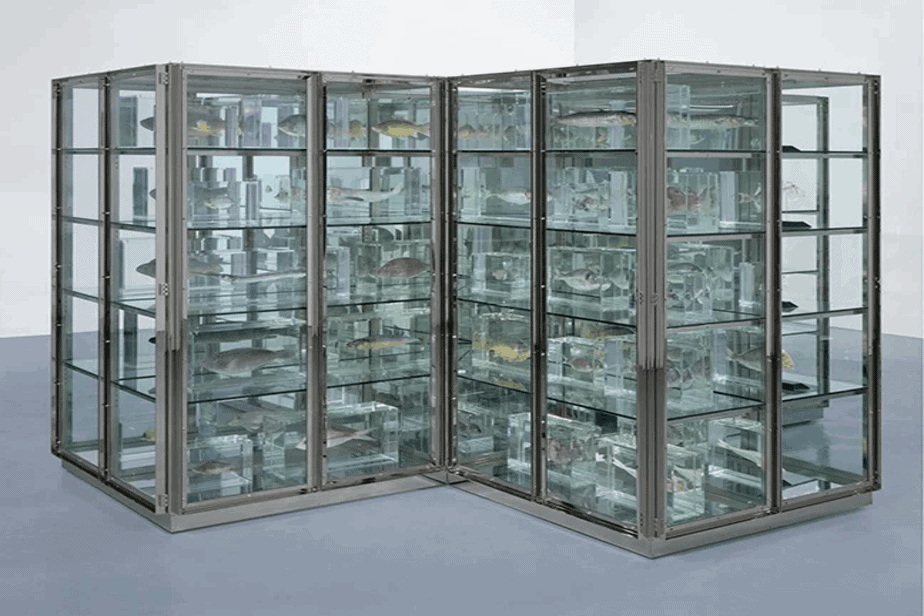 Here Today, Gone Tomorrow was made in the year 2008 and was sold at Sotheby’s dedicated Hirst auction on 15th September 2008 at the price of $4 million is the last piece in the top 10 Most Expensive artworks. this artwork basically shows a conversation between life and death.