Symbolism and Art Nouveau were simultaneous art movements that existed each on its own but that often came together on one piece.

Symbolism focused on the abstract use of symbols to express the spiritual reality behind the physical world. Art Nouveau sought to bring modernity and elegance to composition and design. Symbolists wanted to form images from dreams and it Art Nouveau’s swirling lines and often ethereal nature often provided a perfect backdrop. 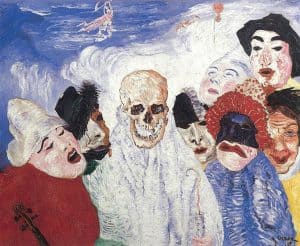 In 1886, Jean Moreas published the Symbolist Manifesto that promoted the idea of expressing ideals in “perceptible form” rather than “matter of fact description”.

He said, “in this art, scenes from nature, human activities, and all other real-world phenomena will not be described for their own sake; here, they are perceptible surfaces created to represent their esoteric affinities with the primordial ideals.”

What is possibly meant is that truth does not have to be obviously and directly depicted; the human mind can understand it through metaphor, and, through symbolism.

“If the weather is good I go into the nearby wood – there I am painting a small beech forest (in the sun) with a few conifers mixed in. This takes until 8 ‘o clock”. – Gustav Klimt

Symbolism started as a literary movement. Its transition to the visual arts lies in the ideology of the painter, rather than finding meaning in the outside world and depicting it on canvas, found an inner source and brought it out onto the canvas, whether the idea or thought was his own or the thought of a literary contemporary.

They turned to the legends and myths of both history and the bible as well as the literary art of the time to craft a story on canvas, imbuing their subjects with heroic qualities and esoteric meaning. 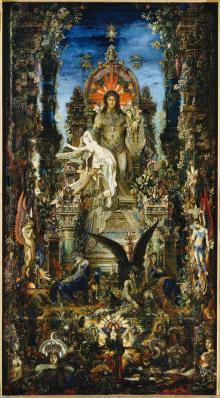 The Symbolists rejected the grittiness and over the accuracy of Realism, but also shied away from the fantasy and disingenuousness of Romanticism. They united in an effort to express emotions, feelings, and ideas through the human mind’s ability to understand the apparent truth through association, metaphors, and symbols.

“No language is rude that can boast polite writers”. – Aubrey Beardsley

The Art Nouveau movement came into being as designers bored of Neoclassic and Historicism and wanted to move the modern era in the direction of modern design.

They looked at design as more than a mere application of aesthetics and strove to meld functionality, aesthetics, and design into a harmonious whole. This idea was dubbed New Art, or Art Nouveau.

This new title was given to art across all mediums that applied the principle from painting to architecture to what was previously known only as crafts. Art Nouveau discouraged the idea that crafts were not art and embraced them as part of the movement. 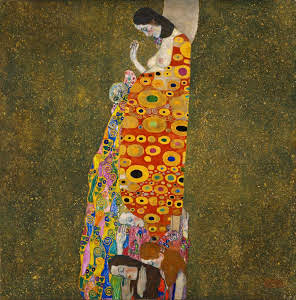 These two far-flung cultures that were influential shared a common theme, that of natural elements and lines and forms that flowed in the way of the natural world.

Art Nouveau took on the swirls and spirals of Celtic and Asian art and combined them with geometric forms and distinctly modern colors to create a new style.

“I find it difficult to imagine an afterlife, such as Christians, or at any rate many religious people, conceive it, believing that the conversations with relatives and friends interrupted here on earth will be continued in the hereafter”. – Edvard Munchy

Another concern of the proponents of Art Nouveau was the fast disappearance of quality craftsmanship.

The Industrial Revolution and mass production had led to poorly made reproductions of earlier antiques. The Art Nouveau movement attempted to revive pride in craftsmanship. They wanted to revive this under a new era of design that rejected frivolity and based the aesthetics of an object on how they contributed to the function of the object or at least harmonized with it.