While Western Europe was going through the Dark Ages, the Roman Capital at Byzantium (which was later to be called Constantinople and is now modern-day Istanbul) flourished in the East and became a glorious gem of art and architecture.

The Byzantine age began when Constantine, the first king to adopt Christianity as his (and the state’s) religion, moved the capital of the Roman Empire to the city of Byzantion on the far eastern edge of Europe. This situated the seat of the empire on the best trade routes. He named the city Constantinople to congratulate and exalt himself. 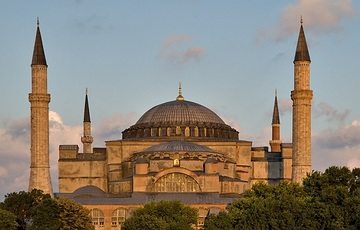 The move from Rome to Constantinople saw indigenous religions of Eastern Europe fade as Christianity took hold. Because of its Roman origins and influence, however, much of the classical style was still present in Byzantine art.

The art of this period left behind the naturalistic and realistic themes and productions of Rome, however, in favor of more symbolic imagery. The skills and standards held by earlier artists went into decline as the nature and purpose of art changed.

“People expect Byzantine, Machiavellian logic from politicians. But the truth is simple. Trial lawyers learn a good rule: ‘Don’t decide what you don’t have to decide.’ That’s not evasion, it’s wisdom.” – Mario Cuomo

The statues and figures of prior cultures fell by the wayside as the early Christians had a distrust of such sculpture.

Interestingly, they did approve of Icons and reliefs. The icons, as mentioned above, were painted figures of Christ and the Saints on board. They were displayed in both churches and private homes and were meant not only as representations of the figures pictured, but as the very essence and presence of the person depicted. In the seventh century, people began to believe that the icons were windows through which the supplicant could communicate with the saint. 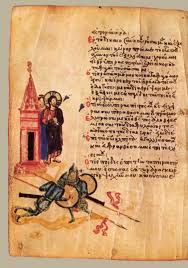 Sculpture survived only minimally, and then mostly in reliquaries and small, carved items. However, graceful silver vessels, carved ivory, and beautiful glass works of art were created during this time. Artisans created a painted image on glass and then covered and sealed it with another clear piece of glass on top for use as adornment.

“Since we cannot change reality, let us change the eyes which see reality.” – Nikos Kazantzakisy

Similar in colors and style to the icons were the illuminated monastic manuscripts. The monastic tradition began during this era as did the replacement of the scroll with the codex. Illuminated manuscripts were carefully decorated and illustrated copies of the Christian Bible and religious texts.

Other religious art forms were present early in the period in the form of elaborate mosaics and frescoes upon the walls of churches. The images formed a scene in which it started at the top of the dome with The Creator, The Coronation of the Virgin Mary possibly in one of the half domes, and the angels surrounding the circumference above the congregation below. 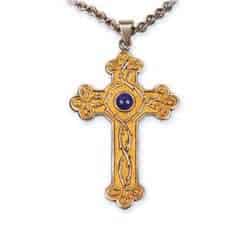 Because realism had taken the backseat of importance to symbolism and religious priority, the paintings and mosaics had a standard set of features on figures, a two-dimensional look, and many details were brought down to a level of mere lines, curves, and swirls.

Two periods of iconoclasm, which is the destruction and forbiddance of icons for religious and political reasons, took place in the eighth and ninth centuries. These periods came about when rulers became wary of the people giving what they thought was too much credence to the divine power of an image and in particular the rise of acheiropoieta, icons that were created “without human hands”. These icons were believed to have magically appeared, created by the supernatural. 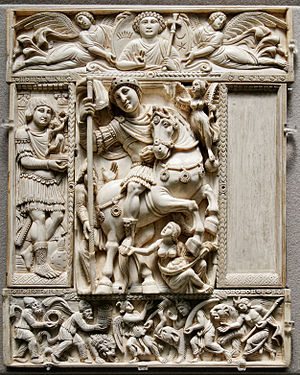 In 1053, the Church splintered between Eastern Greek and Western Latin, during the Great Schism. Church leaders from both sides disagreed on the source of the Holy Spirit, which city was the seat of Christianity, and whether or not the Pope had universal jurisdiction. Artists in Constantinople escaping the tension moved to Rome and began the Proto-Renaissance period.

The Age of Byzantium ended when the city was taken by the Turks in 1453, but its style and characteristics survived into the 18th century in Eastern Europe and especially in the governmental and religious architecture of Russia.

[quote_colored name=”” icon_quote=”no”]”The Byzantines hammered away at their hard and orthodox symbols because they could not be in a mood to believe that men could take a hint. The moderns drag out into lengths and reels of extravagance their new orthodoxy of being unorthodox because they also cannot give a hint — or take a hint. Yet all perfect and well-poised art is really a hint.” – Gilbert K. Chesterton[/quote_colored]