All the way to the year 1910 when the term was first to use, art critic Roger Fry founded the Contemporary Art Society in London.

After World War II, the term was used to define the art movement.

Critics described it as an era where ‘modern art’ was no longer contemporary enough to have a positive effect on the younger generations.

Throughout history, the term contemporary can also be traced back to the time of Modernism, but it was a special type of art that did not describe a specific period.

Instead, it was only based on current matters like social, economic, and political issues.

The era of Contemporary works of art produced experimental works that affect a wider range of social, economic, and political issues.

This idea reflected the issues that affect the world today, which are in the form of racism, globalization, oppression, poverty, feminism among many others. Over the last 30 years, we have witnessed a growing list of artworks that bring about awareness of the most important and urgent matters. They were all highlighted by video art, salons, object designs, graphical arts, and social media.

Contemporary art also looks like tackling and exposing more issues that will occur in the future. This is one of the most striking differences between Modern and Contemporary art.

For one who will love to explore both modern and contemporary art, there are many places in the world to see and experience it all. Take, for example, New York, which is one of the largest cities in the USA, is home to some of the richest museums with countless breathtaking works. 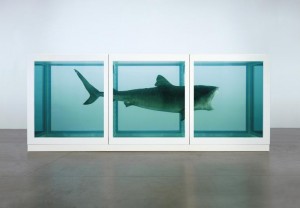