Cubism movement was led by Pablo Picasso and George Braques while others like Albert Gleizes, Robert Delaunay, Fernand Leger, and some others joined in later on. Check out the most famous cubism paintings 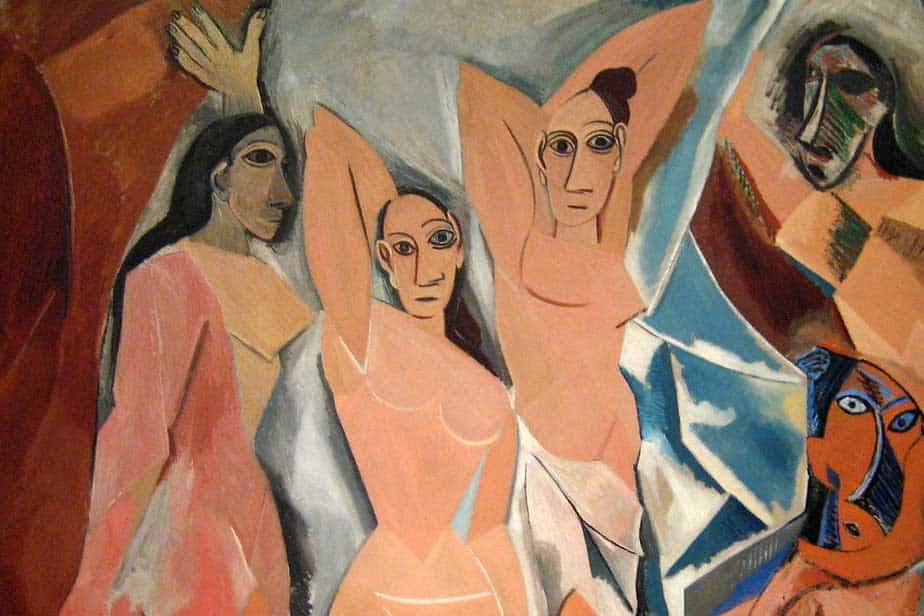 It was the earliest style of abstract art which started at the beginning of the 20th century in response to a world that was revolving greatly at an incomparable speed. It was an attempt by artists to give new life to the tired traditions of Western art which were believed to have followed a particular order.

The cubists questioned typical forms of representation like perspective which had been the rule since the Renaissance.

The mission was to design a new way of seeing art, which reflected the modern age.

It was a truly revolutionary style of modern art and the term has been used at different times to describe a wide variety of art produced in Paris during the 1910s and 1920s, between 1907-1920 approximately. It resulted from the seeming stagnation and crisis that traditional art experienced at the time.

As you might or might not know, Fear is the only thing that holds you from exploring new dimensions.

The cubist artist really desired to experiment with a new level of art, they intended to do something out of the box and were not afraid of doing it.

Of a truth, cubist art can really seem a bit strange and odd to some people but we must understand that it was a very courageous attempt at experimenting with something new that led to the development of great ideas and modern movements.

To have an idea of what cubism entails, imagine a painting was cut up, viewed from different angles, then put back together from fragments of these different angles. In a way, many different views of an object are simultaneously reflected in the same picture and this is where the magnificence of cubism lies.

Cubist art is basically about analyzing objects, breaking them up and reassembling them in an abstract manner instead of picturing objects from just one perspective, the artist pictures the object from various viewpoints to depict the subject from a broader perspective.

Contrary to the idea its name passes across, cubism is not about cutting up a real concept or object into cubes, it is a geometrization of reality.

Cubism works towards drawing out the truth in art rather than reality. Reality is what you see, while truth refers to the details you don’t see that are in the picture, probably as additions.

Many times when people consider the concept of cubism, it almost always generally in terms of painting, but you will find that one of the most intriguing manifestations of cubism took place in Czechoslovakia between 1911-1914 and encompassed sculpture, furniture, and buildings, many of which are still in place.

Cubism is an important art movement of modern art and it is of two types.

This is the first stage that focused mainly on form and space, it does not accept linear perspective and was practiced by Picasso and Braque.

It observed the use of basic shapes and overlapping planes to reflect and show the separate forms of the subject in a painting. It is a relatively simpler form of cubism that works largely with dark colors and is majorly the assembling of shapes and use of color in a very thoughtful and organized manner.

The artists would take time to observe carefully and analyze( as the name implies) an object, before splitting it up in several blocks and reassembling these blocks together from different angles and viewpoints. It depicts real objects in terms of obvious details that as a result of repetitive use, easily give hints about the idea of the object.

One of the most famous works of this style is Braque’s Mandora. An advanced 2nd phase led to further abstraction call hermetic abstraction.

This stage made use of non-art materials and saw the introduction of collage.

This phase grew out of analytical cubism and was led by two famous cubist painters. It, later on, became a popular style of artwork that possesses characteristics like bright colors, simple shapes, and no depth or approximately little depth, it was practically the introduction of a wider range of materials and textures into the painting to create dimension.

The era also birthed collage art which is a concept whereby real objects were incorporated into the paintings. Cubist artists would often use newspapers and colored papers to represent the various blocks of an object. Lines became simpler and clearer though the idea of reality still wasn’t straight forward and different viewpoints and angles were still largely in use.

The Glass and bottle of Suze(1912) by Picasso, is an example.

The boundaries of perspective were considered a stumbling block and an obstacle to progress by cubists. The fact that an object drawn from perspective can only work from one viewpoint restricted their options.

Images drawn from a fixed position, give a frozen result like a snapshot and the mission of the cubists was to create pictures that go far beyond the rigid walls and boundaries of perspective.

The Cubists wanted to introduce the concept of ‘relativity’, changing how the artist viewed and selected elements from the main theme, bringing both their observations and memories into one concentrated image.

To achieve this, the cubists tried to observe the process through which we see I.e what happens when you view an object. They observed that when you look at an object, your eye scans it, takes note of it and registers the details to a certain level before moving to the next point of interest.

You can, however, influence your viewpoint in relation to the object depending on which angle you choose to view it from, you could view an object from the top, from below or from the side.

These observations led the cubists to propose that your overall sight of an object is a result of the sum of many different views and your memory of an object is not created from just one perspective, that is, angle but from many angles selecting on your sight and movement. Cubist painting, an abstract form of art, was an attempt at a more realistic way of seeing.

A typical cubist painting portrays real people, places, or objects but not from a fixed viewpoint. It shows you several parts of the object at once, viewed from different angles, and reassembled into a combination of planes, colors, and forms.

In cubism, the viewer participates with the artist in creating an artwork that actually makes sense. The front, back, and sides become substitutable elements in the design of the work.

Now, let’s take a brief look at the top 7 works of cubism.

Guernica will always be top on the list, any day, anytime! It is an oil on canvas painting that is regarded as one of the most powerful anti-war paintings in history and it helped bring attention to the Spanish civil war. This work is no doubt Picasso’s most popular painting though it bears a strong relation to his surrealist period, it is still related to his distinct cubist style.

Juan Gris after creating this painting became recognized as an established cubist. As at then, his work was the first cubist work that was created without the influence of Braque or Picasso. It portrays the artist, Pablo Picasso at a young age, with his hair still in place, holding a palette and putting on a suit. There was a level of neatness in Gris’ work that would later be rejected as the cubist artists produced more disorganized paintings and Gris separated himself with more systematic geometry.

Violin And Palette By George Braque( 1909)

This oil on canvas painting is part of the later developments of cubism, the analytic cubism era and a departure from fauvism. The painting is like a still life in abstract form and though the violin and palette are visible, they are broken up and represented along with other angular shapes. It is one of George Braque’s most valued works and was a core part of the development of the cubism movement.

This work no doubt saw to the end of fauvism and established the beginning of cubism. Though it was deemed immoral and at the time, in this work, Picasso set aside perspective and made use of a 2-dimensional picture plane split up into geometric shards. It was a great source of inspiration for Braque and has been traced as the source of their collaboration and development of the cubism art movement.

The Three Musicians By Picasso (1921)

This is the title of two similar oil on canvas paintings by Picasso. It takes the style of synthetic cubism and has an appearance of cut paper. It emphasizes lively colors, angular shapes, and flat patterns and is still life work. It is a perfect example of Picasso’s cubist style and is the second best-known painting of Picasso. The two versions of this painting can comfortably make it on to our top 7 list of cubist works but whichever version you prefer, this piece of art is a true representative of the cubism movement.

Last but not least on our list of top 7 cubist works is a large oil painting by Albert Gleizes called “Man on a Balcony”. Being a founder of cubism as well, Gleizes demonstrates the principles of cubism in this outstanding work of art. The artist intentionally created a contrast of angular and curved shapes, while block-like forms of the figure and head take their shape from the principle of cubism.

Cubism remains one of the most influential art movements known. It changed a wide range of ideas as far as art was concerned in the 1910s and 1920s. It also allowed for the development of abstract modern art movements. It defied the rules of art and turned out to be one of the greatest breaks in art history.

Take the innovative, you too can try something new. Perhaps, you’ve been stuck on other art movements and have been looking to learn about cubism, I’m sure this post has been helpful.

Cubism is one great way to have fun with art. All you have to do is let go of your fear like Picasso did, and explore!