This medical art form was the successor of Romanesque art. Initially known as “French work”, from its roots in Northern France it spread throughout Europe, especially in regards to architecture, for which it is most well-known.

Gothic architecture and other arts are known for soaring lines, busy details, and crowded compositions. This style bridged the gap between the earlier Romanesque and the later Renaissance. Much of Gothic art is Christian in nature; however, during this period secular art emerged and began to flourish.

Gothic art began in the 12th century AD and evolved out of the Romanesque style. Based on the victory of the Goths over Roman several hundred years earlier, the name was intended derogatorily at first.

The name was a synonym for “barbaric” and was used to describe Gothic art as unrefined in comparison to Classical art. But these comparisons came later during the Renaissance when people were looking to revive the classical world and were bitter that the Visigoths had sacked Rome nearly 1000 years earlier.

The first use of the term was seen in a letter from Raphael to Pope Leo X in 1518. He likened the pointed arches of gothic architecture to primitive Visigoth huts that were created by bending tree tops together. Other artists and writers of the Renaissance period hated Gothic art every bit as much or more than Raphael did, seeing it as “monstrous”. 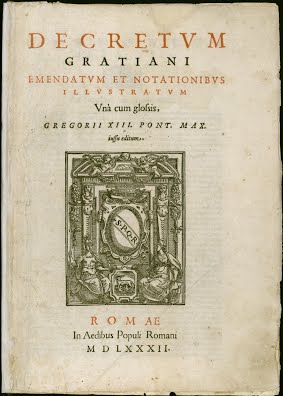 “The Gothic cathedral is a blossoming in stone subdued by the insatiable demand of harmony in man”. – Ralph Waldo Emerson

Despite the opinions of the Renaissance critics, Gothic architecture and stained glass are appreciated today as very beautiful and intricate pieces of art. Stained glass was seen in its time as a prestigious form of painting and it greatly increased the size and scope of windows in large buildings to accommodate its narratives, or sometimes, “rose” windows. Early examples used black paint or vivid colored glass. From the 14th century on, silver and other colors were painted on to the glass before firing, opening up an even greater palette.

The painting appeared later than other forms of Gothic art, around the year 1200, and the transition from Romanesque styles is muddy and not well defined. The first changes were the addition of Gothic ornamental detailing. Later, the figures are painted to be more animated, smaller, and with more room within the background space.

Painting in churches was mainly done in fresco. The largest collection of surviving frescoes is in Denmark and Sweden and illustrates the similarities in Bible stories from the Old and New Testaments.

Individual paintings, such as those of oil on canvas, became popular in the 1400s and were a precursor to Renaissance art.

A movement, Netherlandish painting, arose in Northern Europe at that time and is considered Gothic even though the Renaissance had begun.

The new classical trends of southern Europe had not yet reached the area and so the gothic style had remained. The Netherland techniques included minute detail, heavy symbolism, realism, and theology in complex religious scenes. These paintings were usually small and for display in homes, often showing the owner’s portrait alongside the saints. 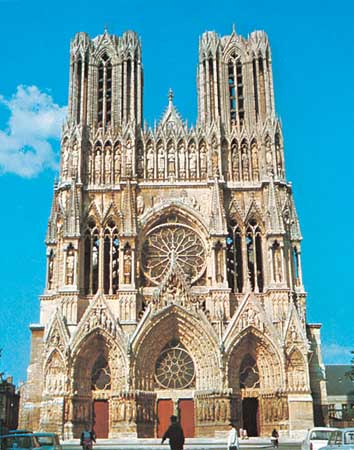 Illuminated manuscripts hold much of the painting of the period and other forms of religious text were for the first time becoming available to more common people. Prayer books called “books of hours” were purchased by laypeople and included decorative illustrations, and “block books”, known for woodcut illustrations were often carried by parish priests.
Sculpture during this period did not see much change in style; however, it was a prevalent presence in the facades of large churches. There were, however, some innovations. Sculptor Nicola Pisano, along with his son Giovanni, created the Proto-Renaissance style of relief panels that were inspired by the crowded yet elegant compositions of Roman sarcophagi. Late Gothic sculpture was characterized by enormous wooden altarpieces crowded with detailed carvings of expressive figures.

“Opera, next to Gothic architecture, is one of the strangest inventions of Western man. It could not have been foreseen by any logical process”. – Kenneth Clark

Sculpting and stonework with alabaster created tombs for the wealthy and were life-sized depictions of the deceased. Some tombs were too large to fit inside church walls and were kept outside. Other alabaster work included Nottingham alabaster reliefs that were exported to churches that could not afford stone.