Impressionism is looked on fondly by appreciators of art the world over as being a beautiful form art produced by masters of a bygone era, but it was indeed a movement that was extraordinarily outside the norm in its day.

Henri Matisse found it so disturbing he couldn’t bear to look at it at first.

The movement was the first hallmark of modern art, and its first artists were rejected by the critics and art institutions of the time. The artists held to the idea of capturing life in impression – those fleeting moments when the eye isn’t entirely focused but captures the feeling or sense of a scene.

They disliked what was ‘normal’ or sanctioned in art by salons (government-sanctioned exhibitions) and forged their own style. They preferred to paint en plein air, the meaning of which is exactly what it sounds like – in the open air.

The art movement took off in 1874 at an exhibit in the studio of Felix Nadar, a noted photographer.

Claude Monet, Edgar Degas, and others had formed a Cooperative and Anonymous Society of Painters, Sculptors, and Engravers to oppose and rebel against the leading art authority of the time the Academie des Beaux-Arts, an organization that held the fate of artists up to its strict standards of realistic technique.

Claude Monet – The Impressionist Man and The Artist of Nature

The Cooperative of these Impressionists were 30 in number (and also included Cezanne, Renoir, and Sisley) and they exhibited as one group eight times in the late 19th century. 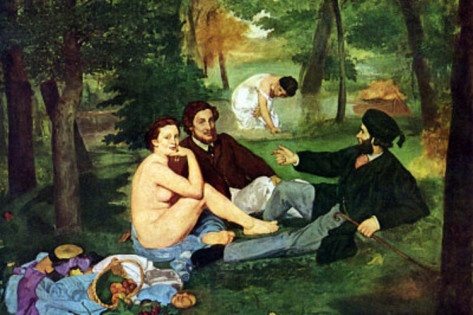 The Luncheon on the Grass Impressionism

While it would be shocking to hear of today, our most beloved works by Renoir, Monet, Manet, and others were regularly rejected by the salon on a yearly basis. The Salon was so harsh that Napoleon III created the Salon of the Refused to show the works that had been rejected by the Academie des Beaux-Arts.

One critic, Louis Leroy, wrote in response to his seeing Monet’s Impression Sunrise, “Wallpaper in its embryonic state is more finished than that seascape.” It was Leroy that coined the termed “Impressionist” when he titled his critique “The Exhibition of the Impressionists.”

“You would hardly believe how difficult it is to place a figure alone on a canvas, and to concentrate all the interest on this single and universal figure and still keep it living and real”. – Edouard Manet

The subject matter of the Impressionist artists was often landscape, but it was also of scenes of Parisian life as it unfolded into a Metropolis and people were discovering the city and outdoors in new ways. As the city gave way to tree-lined streets and alleys, large buildings of apartments, rail stations, and parks, the Plein air painters had much to source from.

They focused quite a bit on leisurely activities and scenes like afternoon lunches at cafes, dancers at cabarets, boating, picnics, and other pastimes.

These scenes were executed with loose brushwork and pure color, often on the light side. Previous years had seen very dark, muted, earthy tones and the Impressionist painters brought gaiety to their painting by expanding their palettes to include vivid color as well as pastels. 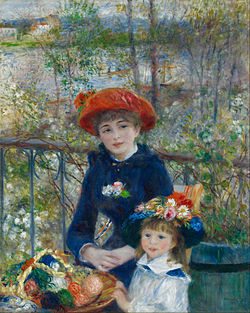 On the Terrace Impressionism

The overall effects of their paintings seemed unfinished to some, but the point was to capture the essence and life of a scene through the play of light and color as if almost in a memory. The Impressionists felt that feeling evoked from an image took precedence over the strict adherence to the line, perspective, and clear rendering of a form.

Many of the artists of the movement and period are known somewhat by their subject matter. Degas, for instance, is known for his paintings of the ballet, Monet for his flowery landscapes and lily pads, Renoir for his outdoor parties and ladies in the sun, Manet for his use of black in otherwise colorful pictures, and Mary Cassat for her paintings of women and children.

“To my mind, a picture should be something pleasant, cheerful, and pretty, yes pretty! There are too many unpleasant things in life as it is without creating still more of them.”
― Pierre-Auguste Renoir

25 most famous Impressionist works of all time 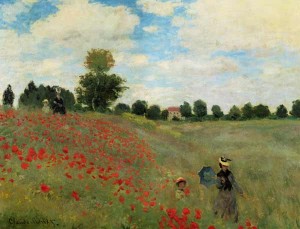 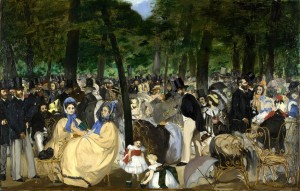 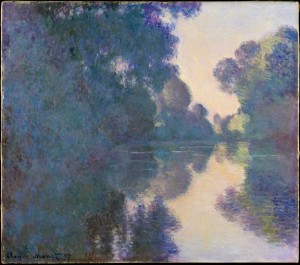