Latin American art is that of the Central and South American Latin Cultures, including the Southwestern United States and Spanish speaking Caribbean islands.

The existing Pre-Columbian arts of the indigenous native peoples of these lands coupled with Spanish and Portuguese influence created a rich culture of bold art amongst the peoples that claim heritage from these cultures.

Influences upon the art of the Latin American culture were the arts and religion of the indigenous people blended with European and African cultures. Today, we have the mestizo peoples, arts, and values that sprang from this confluence of cultures.

When the Americas were “discovered” by Columbus in 1492, the lands were already peopled by many civilized nations, but these people as seen through the eyes of the Europeans were heathen. The Spanish and Portuguese explorers quickly tried to establish European values and religions in the New World and imposed their beliefs on these people under threat of violence. 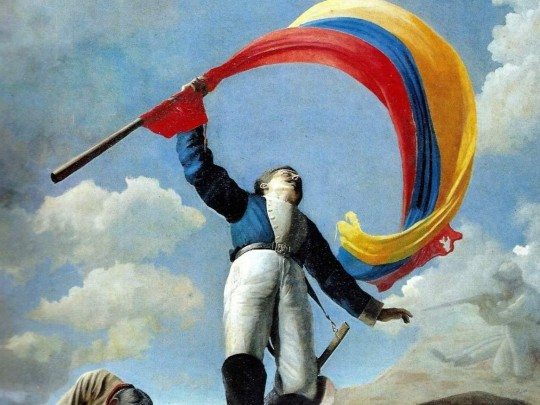 While looking down upon the heathen they somehow also envied them and the riches they possessed or were said to possess. Treasure hunters tried in vain to find the source of the beautiful gold jewelry and other metallic ornaments.

Even so, as the Europeans sought to “civilize” the Americas, they brought with them people from all walks of life to help bring order to the heathen land. Art and sculpture from all periods eventually made their way over, as well as other “possessions” that would influence the art of later Latin Periods – the African slaves.

During the years of colonization, native artistic practices melded with those of monks that had come over to Christianize the Native American peoples. This resulted in Indo-Christian art, an endeavor that was met with enthusiasm by the Indians of an increasingly Christianized land. They put great effort and talent into helping the friars and monks create realistic religious art is divine color.

“Since my subjects have always been my sensations, my states of mind and the profound reactions that life has been producing in me, I have frequently objectified all this in figures of myself, which were the most sincere and real thing that I could do in order to express what I felt inside and outside of myself”. – Frida Kahlo

Also founded during the colonial period was the Cuzco School, the first center of Euro-style painting in the New World. Spanish artists taught religious Renaissance techniques to the Quechan peoples of Western South America.

As Europeans expanded their reach into the furthest reaches of the Spanish and Portuguese claimed lands of the Americas, they found cultures rich with advanced traditions. The Aztecs, Inca, and Mayans had been great sculptors and architects, the people of Peru wove textiles of beautiful colors, the natives in the region of Lake Titicaca created vividly colored clothing, and Andean artists were skilled silversmiths.

The Latin American people had long been great artists and under European rule, influence, and patronage began to create European style art to the taste of the monks and others that taught them. An Incan prince wrote an illustrated letter to King Phillip III in Spain to tell him of abuse by colonial officials. 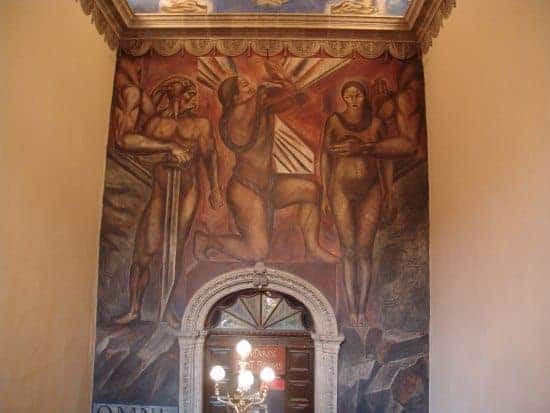 Although the majority of political and religious influence on Latin American art is in the sphere of the Christian Church, African religions and mythical themes dominate some of the most intriguing styles of art in the Caribbean.

As Latin American countries later gained their independence in the 19th and 20th centuries, the arts began to express the changing political and cultural norms and values through styles and techniques of North American and European art adapted to the style of their local indigenous styles.

While most European influenced nations and former colonies such as the United States or India were adopting the concepts and styles of modern art, Latin American countries held fast against them, with one exception. Brazil founded its Modernismo movement which was celebrated in 1922 at the Modern Art Week in Sao Paulo.

“Errors and exaggerations do not matter. What matters is boldness in thinking with a strong-pitched voice, in speaking out about things as one feels them in the moment of speaking; in having the temerity to proclaim what one believes to be true without fear of the consequences. If one were to await the possession of the absolute truth, one must be either a fool or a mute. If the creative impulse were muted, the world would then have stayed on its march”. – Jose Clemente Orozco

The Constructivist Movement did take hold in early 20th century Latin America when it was brought from Europe to Uruguay by Joaquin Torres Garcia in 1934. He founded the Asociacion de Arte Constructive in Montevideo in 1935 to give his followers a place for exhibition, and later the Taller Torres-Garcia, a school, and workshop.

Muralism is probably one of the most famous Latin American art movements as it was practiced by Diego Rivera and his wife Frida Kahlo. Muralistic works display narratives of important concepts valued by the artist, social changes, political conflicts, and other concerns of the people. It was not only confined to traditional Latin American nations but also spread into the Latin American cultures of some of the United States’ largest cities.

“The fascists in most Latin American countries tell the people that the reason their wages will not buy as much in the way of goods is because of Yankee imperialism. The fascists in Latin America learn to speak and act like natives”. – Henry A. Wallace