Mannerism is extended from the influence of High Renaissance artists such as Michelangelo (Doni Tondo), Da Vinci, and Raphael (The School of Athens). It was a response to the harmonious compositions and ideals of the Renaissance artists and was embodied in styles that sought an increase in tension.

The art movement had an artificial as opposed to the natural feel and was considered to be an intellectual expression in visual art that carried over into literature and music.

Mannerism does not derive from the English word “manner”, but from the Italian maniera, which does mean manner yet also means style.

To define the movement by a certain style of character is difficult for scholars as it is mostly used to differentiate between arts with category from the Italian art of the 16th century. Much of this art leaves behind the harmonious nature of High Renaissance pieces. In the 1960s, more definition was given. It is now defined as art created between Renaissance classicism and the Baroque period.

The young artists of the High Renaissance in Italy were discouraged by the perfection that had already been attained in art. They looked at the art surrounding them and could find no ways in which it could be improved upon in style, technique, talent, or execution. Even the subjects of art themselves, namely the human figure, had been explored to the finest detail of physical, emotional, and spiritual formation and the young artists felt there was nowhere left to go. 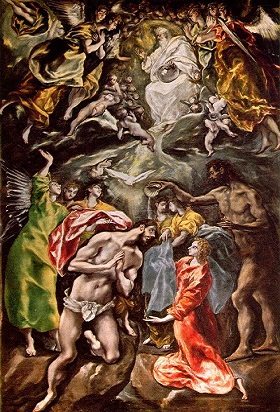 In their frustration, they began a quest to find new approaches to art. These artists were trained by masters and it was their masters to whom they looked for inspiration, Michelangelo being among the most revered. As a youth, he had experimented himself and had developed a style all his own. The young artists wanted to emulate this so they stole drawings from his home and studio on which to learn from.

“The promises of this world are, for the most part, vain phantoms; and to confide in one’s self, and become something of worth and value is the best and safest course”. – Michelangelo

There was a spirit of competition amongst these new artists and it was driven and prodded by the patrons of the arts that saw it as an interesting game that could further develop the young artist’s talents and techniques. This was done by having two or more artists work on a single work side by side to goad them each into being better than the other. Sometimes this competition was merely done to get a single artist to finish a commission by hiring another artist to do another one. The end result of cultivating this spirit in the arts was youth culminated in exactly those new approaches they had been seeking.

Scenes like the Sistine Chapel, The Transfiguration, and others reached a new level of dramatic movement, divine illumination, and grandeur. 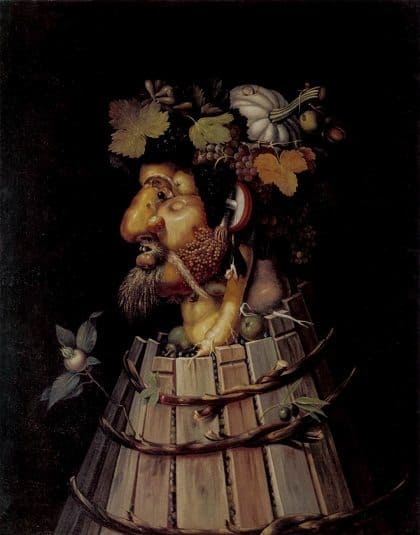 Mannerism in sculpture followed much the same original path as that of painting, often by the same artists as in the case of Michelangelo.

The competitive spirit aspect of Mannerism helped fill the Piazza della Signoria in France. Other sculptors tried in vain to capture the spirit and quality of Michelangelo’s work but most never quite succeeded. Two sculptors of note were Cellini and Giambologna. These sculptors improved upon the Hellenist spiral twist and created works that were viewable from as many as eight angles. Cellini was a master goldsmith and worked in fine metals, and Giambologna was an innovator in figura serpentinata, sculpture of intertwined figures.

“Artists create out of a sense of desolation. The spirit of creation is an excruciating, intricate exploration from within the soul.” – El Greco

Mannerism eventually spread out from the Italian Cities when Rome was attacked by the French and the artists subsequently left and spread throughout Europe, taking their styles with them. This resulted in Mannerism becoming the first International style the world had seen since the end of the Gothic phase.

Where Mannerism didn’t reach with living artists, books and illustrations carried it there. Far Northern Europeans commissioned works, purchased them, or traveled to Italy and from those connections forged the Northern Mannerism movement. French Mannerism was known as the Henry II style and is mostly expressed in architecture. England didn’t adopt the Mannerism label, but the movement coincided in time and in style with the Elizabethan and Jacobean periods in art.