Modern Art was an international art movement, but it had its role to play in the development of art in 20th Century America. Prior to the Armory show of 1913 in New York, Americans had not seen any of the European developments, including even Impressionism.

As travel to and from Europe increased inconvenience and over the first two World Wars, European modern ideals spread to the United States and American artists became involved in the newer art movements while they were still developing. 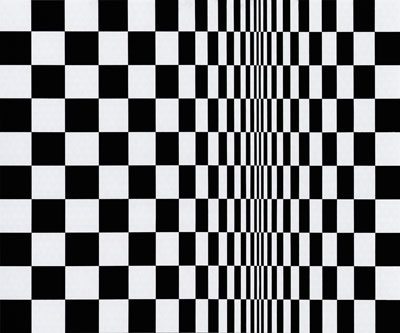 The modern art movement in the US took hold only after World War II, nearly 30 years after the Armory show. Before that time, “real artists” were trained in Europe, and secondly, no American Gallery or exhibition would consider modern art as a “real art”. American artists that could not afford to go to Europe for apprenticeship, learning, or exposure, created art for themselves stateside and created groups to encourage and critique each other. They developed their own styles and philosophies on an individual level in reaction to the public’s rejection of them, which they despised. The focus was on introspection and developing themselves inwardly through education of the writings of modernist philosophers in Europe such as Andre Breton and Wassily Kandinsky. These modern Americans especially gelled with the ideas of Surrealism.

“Painters have always needed a sort of veil upon which they can focus their attention. It’s as though the more fully the consciousness is absorbed, the greater the freedom of the spirit behind”. – Bridget Riley

In Europe leading up to and during United States involvement, artists were fleeing Nazi-controlled areas of Europe as Hitler had an especial dislike of what he considered to be “degenerate artists”, namely those involved in modern art. Their influence on the artists of the US-led to America’s first true movement, Abstract Expressionism.

While Abstract Expressionism is a defining term for one style, it is only a style in that sense. The entire point was that it looked inward toward the artist’s own meaning of mind and dream and then expressed itself outwardly in art. Artists further developed their minds and therefore their work by studying primitive arts, anthropology, archeology, and mythology.

Much of this took place in New York were groups of artists and intellectuals were already forming bonds. Willem de Kooning and Jackson Pollack formed the New York School, a collection of abstract expressionists such as Lee Radner, Rothko, and more.

Abstract Expressionism dominated the modern art movement in the 1940s and into the early 1950s when other forms of uniquely American modern art were born.

Pop Art, like that of Andy Warhol, came into being in the late 1950s. This art form uses ubiquitous images from advertising and mass media that inundate every American household, to make a statement. These images are shown often in repetition in overlaid color, or are modified to send a different message than intended by its original creator. Examples include the comic book style of Roy Lichtenstein, the oversized objects of Claes Oldenburg, and the soup cans or Marilyn Monroe series of Andy Warhol.

“I’m for mechanical art. When I took up silk screening, it was to more fully exploit the preconceived image through the commercial techniques of multiple reproductions”. – Andy Warhol

Op art and Minimalism break down the aesthetic enjoyment of image into shape and color appreciable in their own right. Op art often does this with very few colors to create objects out of the distortion of line, in sort of an optical illusion effect. Minimalists use a singular object or set of objects to convey a mood, such as a single tree on an otherwise flat plain shown in silhouette.

Do you know the difference between modern and contemporary art?

Conceptual art grew out of the ideals of Dadaism, which were “anti-art” in the sense that the physical form of the art is not as important as the experience of the art. This art form very naturally led to performance art and to temporary installations. Sometimes performance art and installation art are combined, as in the case of scenes that are created with a human or animal inside the within a gallery. 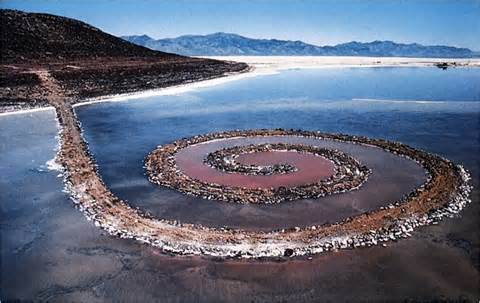 Environmental art is that which includes temporary or permanent installations in the outdoors. Many of these works use the earth itself or natural materials to create things as monumental as earthworks, or as simple as domes of living branches. Some artists put unnatural objects into an environmental space that plays at what might be in nature, such as the butterfly-like expressed movement of the colored triangles of Edith Meusinier’s Artefact in the woods of Quebec.

“A vacant white room with lights is still a submission to the neutral. Works of art seen in such spaces seem to be going through a kind of esthetic convalescence”. – Robert Smithson 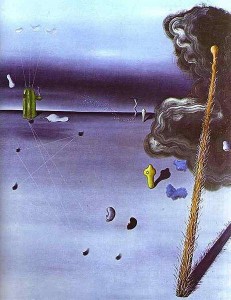 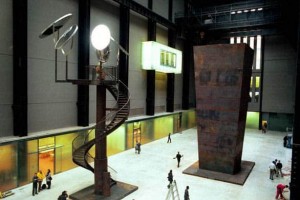