With the advent of the printing press, knowledge was for the first time in over 1000 years accessible to people outside of the clergy, the noble, the aristocratic, and the royal. Special attention was given to the classical eras in Greece and in Rome, which until the Renaissance were the pinnacle of human achievement. Many Renaissance paintings have become a reference to many subsequent artworks in the world

A renewed passion for learning and for human achievement led to the influence of all of these new studies in the formation of greater art.

In the early 15th century, the de Medici family of papal and banking fame had made Florence, Italy one of the wealthiest cities in the world. Concerned with the arts and sciences, they had set up several competing guilds that spent great amounts of money commissioning and funding artists to create opulent and lavish works of art.

The Arte del Calimala guild decided in the year 1401 to commission a new door for the Baptistery of the Florence Cathedral and to decide who the greatest artist for such an important job would be, they held a competition in which they asked for samples of probable compositions. Seven young artists entered and the competition was won by Lorenzo Ghiberti. This set of doors decorated with paneled scenes is considered by some to be the beginning of the Renaissance. 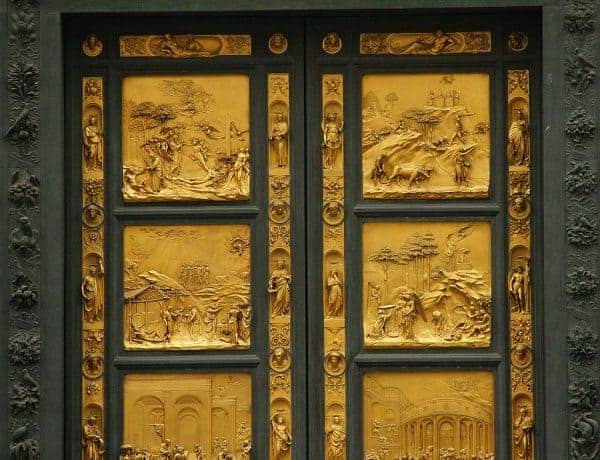 Renaissance sculptors became interested in Classic sculpture when sculptors Filippo Brunelleschi and Donatello became involved in the study of archeology. Their study of Roman remains inspired painting, architecture, and sculpture as well as other artists, in any medium, of the time.

Further north, in the Netherlands, painters were improving upon oil paint, which had previously been mostly used for painting on leather because animal hides needed flexible paint that would not crack and flake off.

Prior to using oils, painters had used tempera, but when they began to use the oil they far surpassed the range of techniques they had been working with. Oil allowed for variation in light, texture, tone, and value and because it can be thinned with oil and create one effect and thinned with turpentine to create another, it gave them the ability to paint light, mist, fog, chiffon and other ephemeral elements into their art. Oil techniques were spread to Italy and then from there to Venice.

The Italian painters in Florence were interested in how light and perspective affected what we see and how it is painted. They spent a great deal of time not just wondering about it, but in trying to discern how it worked and how to manipulate it. Piero della Francesca studied the issue scientifically.

Ever the scientist, Leonardo Da Vinci made a study of light and perspective and carried it further to investigate different types of perspective, the order, and detail of the natural world, the effects of value and shadow on depth, and how light played on the near and far elements in the landscape. His study of human corpses gave him greater insight into the skeletal proportion of the human body as well as the arrangement of musculature. The fruits of his study are very evident in the paintings he produced. 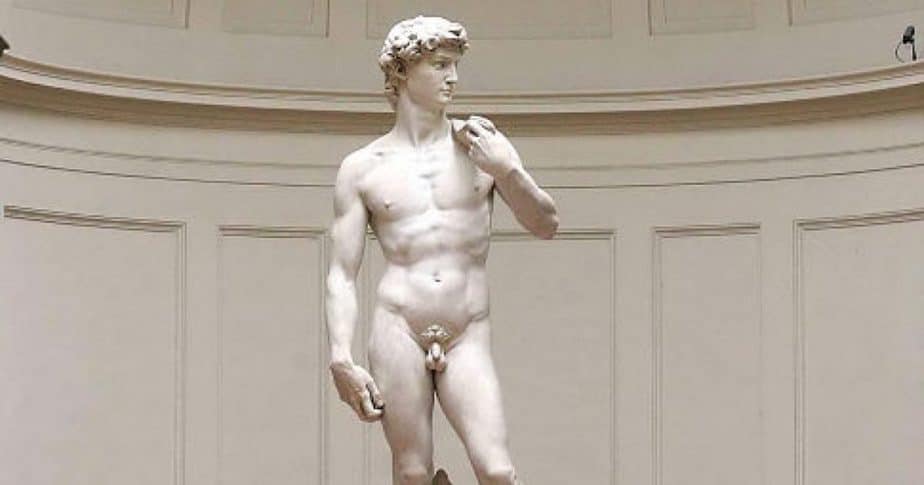 The Statue of David

The great sculptor and painter, Michelangelo, was also intensely interested in human anatomy.

Early in his career, he sculpted the Statue of David, one of the finest examples to date of sculpture recreating the human body in perfect proportion. His interest in the subject was present throughout his career in both sculpture and in painting. He not only wanted to be physically and scientifically accurate, but he also wanted to show the expression of the body through emotion and movement as well.

His dedication is forever painted on the ceiling of the Sistine Chapel where it has inspired artists and all of humanity for over 500 years.

“If in my youth I had realized that the sustaining splendor of beauty of with which I was in love would one day flood back into my heart, there to ignite a flame that would torture me without end, how gladly would I have put out the light in my eyes”.  – Michelangelo 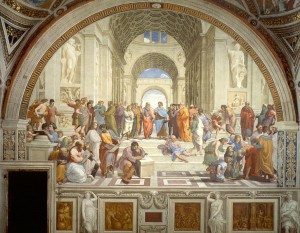 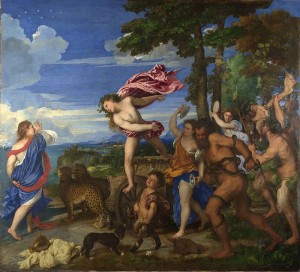 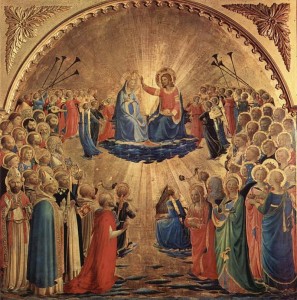 Newer The Northern Renaissance
Older The Survival of Antiquity
close