The Survival of Antiquity

The Survival of Antiquity is a construct of the German Bibliophile and founder of the Warburg Institute (University of London), Aby Warburg. He was a revolutionary art historian that had interesting ideas about the mythological and psychological constructs of art history that border on supernatural conspiracy theory at times, but are justifiable and parallel to Jungian theory at others.

The Survival of Antiquity Origins and Historical Importance: 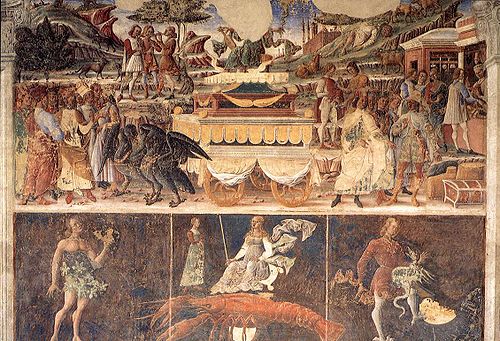 Warburg was a son of wealthy Jewish parents and his family fortune allowed him not only the most enviable of educations but also the ability to spend his life in pursuit of chasing his academic theories without worry for sustainability.

Highly educated, he was a student of art, studied religion and philosophy at the University in Bonn, and was one of eight students chosen for an experiment in creating a German research institute in Florence. He also studied medicine, particularly psychology (driven by his obsession with the psychological in art) in Berlin, and then moving into anthropology was spurred to visit the Navajo and Pueblo Native American tribes.

“By associating votive offerings with sacred images, the Catholic Church, it its wisdom, had left its formerly pagan flock a legitimate outlet for the inveterate impulse to associate oneself, or one’s own effigy, with the Divine as expressed in the palpable form of the human image.”  ― Aby Warburg

Warburg’s main interests were the icons of antiquity and their transmission through cultures, how science and pseudoscience were represented in art, if there was a relation between astrology and natural science, and what effects memory had on civilization.

To further investigate his theories, Warburg collected a vast library of rare materials from outside sources and, as in the case of the Native Americans, his own research. Some inclusions were rare astrology books covering the zodiac and books of representations of the human body.

Warburg believed that Renaissance artists used the visual conventions of Classical artists to convey emotion and sympathy. His theories on memory and civilization led to what he called Mnemosyne, an atlas of nearly 1000 images applied to 40 canvases for the purpose of showing relationships between the images. He grouped images by category and then juxtaposed them to define them by contrast. The aim was to show classical mythology and symbolism in all of the post-classical art displayed, no matter how diverse the images were from each other.

“The few weeks I have had at my disposal have not given me the chance to revive and to work through my old memories in such a way that I might offer you a solid introduction into the psychic life of Indians.” ― Aby Warburg

He studied his theories in other interesting ways, seeing all forms of graphics as forms of art that could help him in his path of discovery such as illustrations from newspapers and magazines, playing cards, postage stamps, and posters. 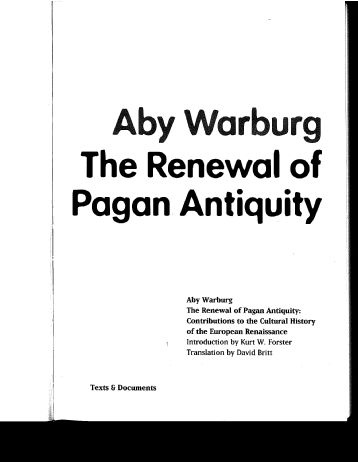 He agreed with others that the Renaissance released man from the values of the middle ages, but he also added that it was a transitional era, not a fixed one and that it was one step in the path of the transmission of classical antiquity to the modern eras. He went so far as to say that the Dionysus of antiquity had transmitted to Europe by the way of the occult.

Warburg’s Survival of Antiquity theory was formed through all of his years of study, contemplation, and research. He explored “the significance of astrology on the stylistic evolution of Italian painting” and said “it is with this desire to restore the ancient world that the ‘good European’ began his battle for enlightenment in that age of internationally migrating images that we, a shade too mystically, call the Age of the Renaissance.”

The Survival of Antiquity Key Highlights:

The Survival of Antiquity Top Works:

The Survival of Antiquity  – Major Artworks