Marcel Duchamp was a man wrapped in mystery. With a career beginning in the early 1900s up to his death in 1968, interest in Duchamp and his influence on the art world has proven to be inescapable.

Few artists have been able to ask as much as Duchamp as to what art really means and then so confidently suggest that any decent answers would only lead to more questions anyway.

Much of Duchamp’s work, as shown in these 10 famous and innovative Marcel Duchamp Artworks, provide responses to the question, “what is art, really?” and reflect the artist’s ongoing inquisitive nature and innovative works. 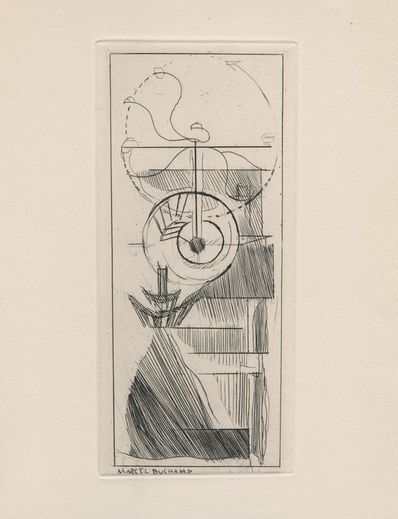 As one of his first paintings of machines in 1911, Coffee Mill in all its simpleness contains a plethora of possible associations and interpretations.

This theme would continue in much of Duchamp’s work, and a fascination in objects, especially those which are symbols for systems and processes of modern life, often dominated Duchamp’s interests.

Some interpreters have suggested a semblance to a mandala, indicating some level of interest in spirituality while others point out the arrow on top, clearly showing the movement associated with the apparatus.

2.Nude Descending a Staircase, No. 2 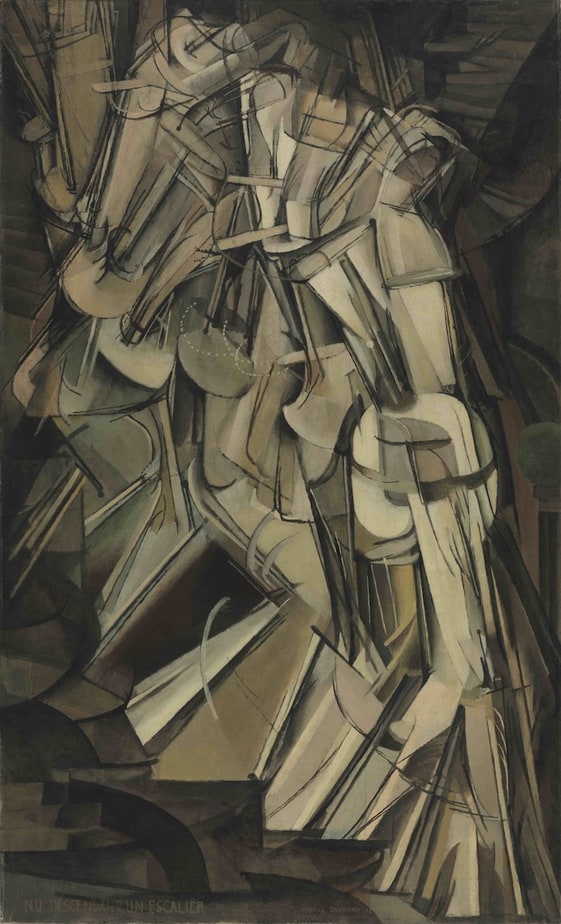 Inspired in part by chronophotographs, which employ a method of making images showing an object moving, Nude Descending a Staircase, No. 2 is designed to depict motion.

Attempting to understand Duchamp’s decisions on the canvas is to miss the wonderful nature of the entire piece of work and certainly, through this painting Duchamp showed what a talented painter he was.

Painted in 1912 and displayed at an art show in 1913, it was not understood and therefore not looked so favorably upon by the community. 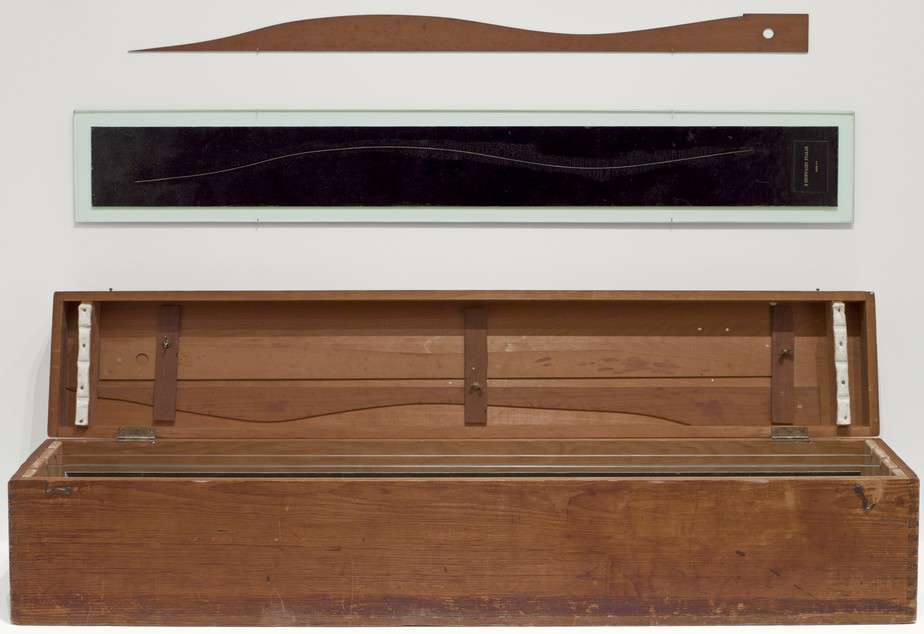 Created in 1913-1914, 3 Standard Stoppages was developed by dropping three pieces of one-meter-long thread and allowing their unusual fluctuations to act as varying and irrational units of measurement.

In this, the artist incorporated an element of chance into the work, which calls into question the relevance of the artist’s hand.

As it stands, 3 Standard Stoppages was a foreshadowing of much more process art in the century to come.

Possibly one of the plainest ready-made art pieces, Comb was so simplistic and so undesirable that it was never going to be stolen.

This ready-made from 1916 was famously hung from a coat rack at an exhibition where it went largely unnoticed, to the great delight of the artist.

In addition to this, the words “three or four drops of height have nothing to do with savagery” were inscribed in French on the surface, a phrase with meaning not particularly clear to anyone. 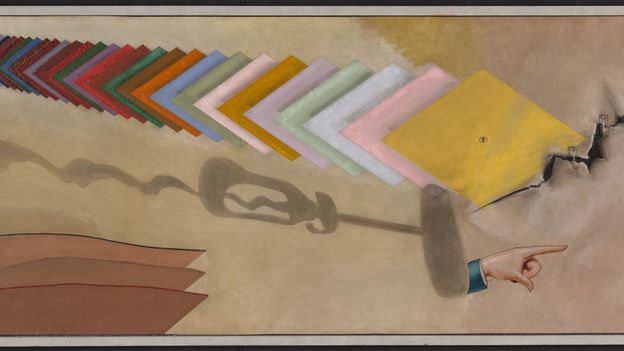 A painting of unusual shape, due mostly to the fact that it was designed to be hung over a bookcase, T um’ is like an autobiography of self with paint and would be the last of Duchamp’s paintings on canvas.

Painted in 1918, Duchamp focuses on references to his past works, with the shadow of Hat Rack on the righthand side, the Bicycle Wheel, and 3 Standard Stoppages on the left.

Even the name alludes to boredom and a desire to give up canvas painting noted to be an abbreviated allusion to a French phrase which translates as “You bore me”. 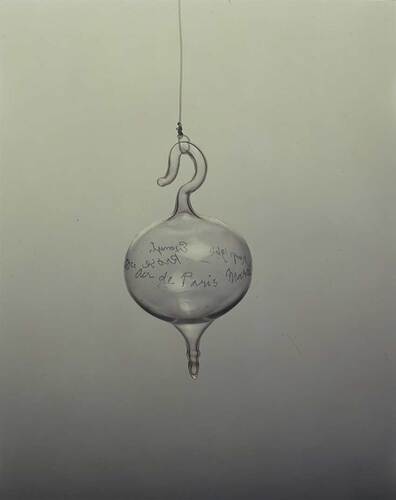 Consisting of a small glass vial bought from a drugstore, it contains a little bit of French air, ready to be transported and be viewed all around the world.

However, it is noted that the air contained within might not even be Parisian anymore, as the glass ampoule was broken and subsequently repaired in 1949, ultimately making the title and the meaning of the work redundant. 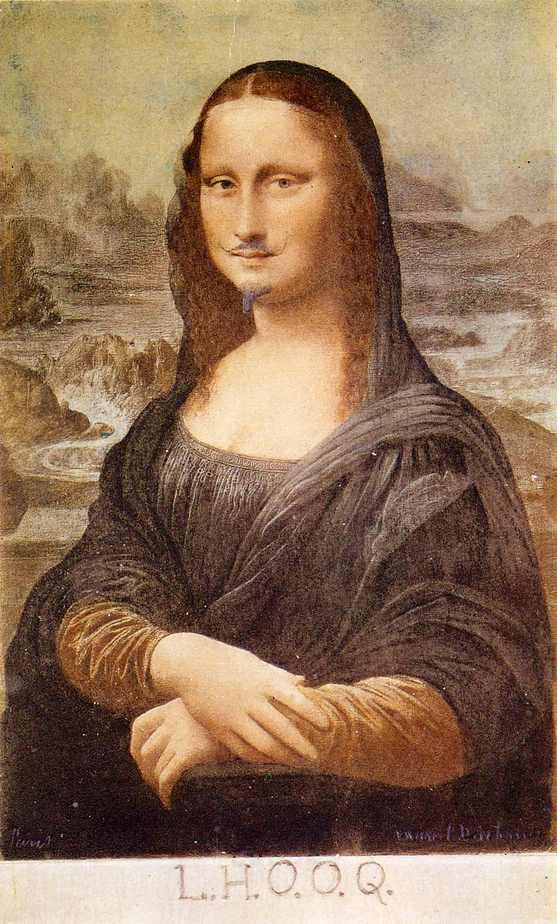 The makings of another great and ridiculous Duchamp piece, this could perhaps be confused as the work of a mischievous teenager over that of a renowned artist.

L.H.O.O.Q from 1919 is a postcard of the famous Mona Lisa, albeit sporting a mustache and goatee.

Duchamp is known to have a female alias he worked under, known as Rrose Sélavy, where a regular habit of mixing genders marked his (or her) work. 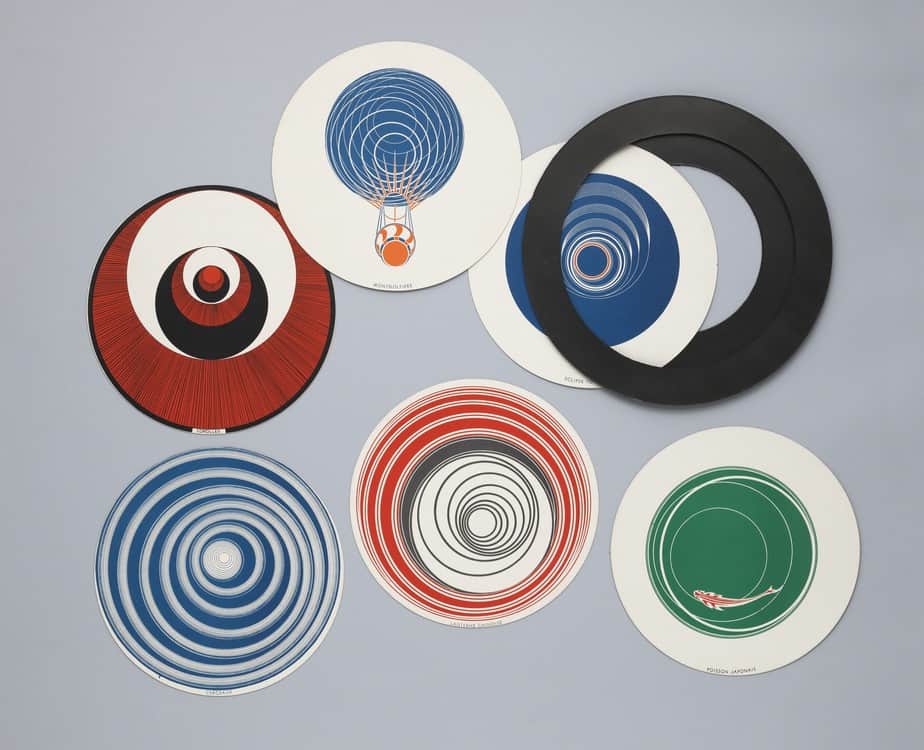 Throughout his artistic career, Duchamp often made artworks considered very pleasing to the eye.

Surprisingly for an artist who so often derided art which he considered “eye candy”, in 1935 he created a series of work called Rotoreliefs.

These were a set of double-sided discs designed to spin on a record player at a rate of 40-60 rpm and were no doubt mesmerizing for the viewer.

The design of the discs provides the viewer much depth and they were prominently featured in an early film dubbed “Anemic Cinema” by Duchamp.

9.The Box in the Valise 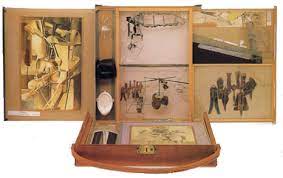 The Box in a Valise, formed in 1935-1941, is a work containing mini renderings of about two decades worth of famous Marcel Duchamp artwork.

At this point in his career, Duchamp must have considered it a necessity to put a display of his life’s work, albeit in miniature form, in a carry case.

Contained within the box are miniature versions of the Fountain, Duchamp’s urinal art, a rendering of Large Glass, a small glass ampoule of Paris Air, and a miniature version of his “boredom” T um’ art.

A museum of sorts, The Box in the Valise figured greatly into the artist’s interest in different mediums of presentation. 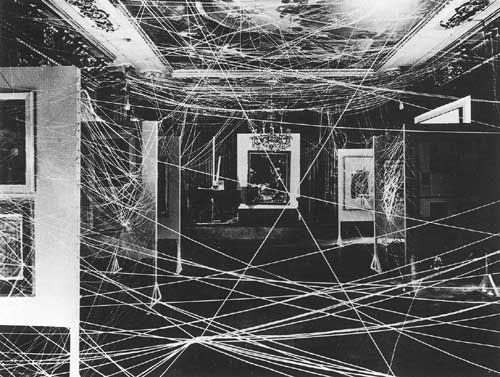 16 Miles of String, exactly as the name suggests, was an installation of string that stretched, drooped, and floated across the hall of an exhibition, making it difficult to see much of the other art on display.

The result, as with much of Duchamp’s work, was eccentric and devious, getting between the attendees and the art on display.

For the show where this was displayed, children in sports uniforms were hired as chaotic actors to disrupt the attendees as they perused the art.

Indeed, many interesting and innovative works of art were created during this artist’s career, many of which have not been mentioned in this list of 10 Famous and Innovative Marcel Duchamp Artworks.

Artwork not mentioned here such as the Fountain, Book Binding for Ubu Roi, and Étant donnés: 1. La chute d’eau, 2. Le gaz d’éclairage and many others have been met with much acclaim.

Duchamp wielded great influence in the areas of ready-mades and process art, and it is an obvious fact that many of the effects of this are still experienced by modern artists of our day and age. Also, check out the 20 Most Famous Sculptors of All Time.