10 Most Famous Works by Donatello

Born in 1386, the name Donatello is a well-known one from the early Renaissance period. Based in Italy, he was primarily a sculptor and much of his works departed from the Gothic art styles, known for curved lines and lack of expressions on faces prevalent during his day and age. His works moved more towards and focused more on the Classical art style, marked by obvious expressions and realism.

The artist created several different techniques, and his techniques and influences on the art world would help many others in the generations to come. These top works by Donatello should influence and inspire us even today, so let’s have a look at 10 of his most famous works.

1.The Feast of Herod 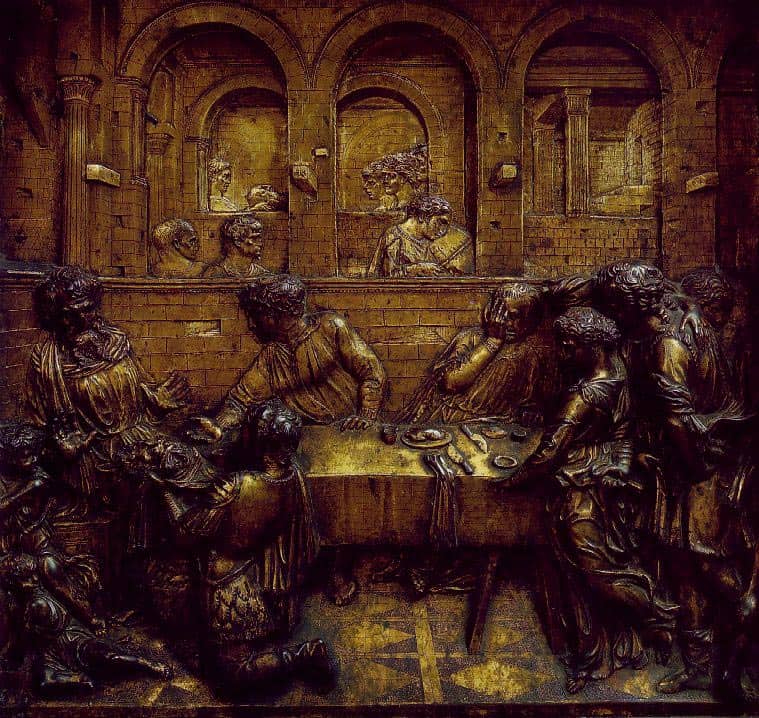 One of his earliest relief works, the Feast of Herod was produced in 1423-1427 and is a bronze relief sculpture. The sculpture depicts an image of an executioner presenting the head of John the Baptist after Salome asked the king for his head on a plate as a marriage gift.

The technique used in this relief was developed by Donatello’s friend, Filippo Brunelleschi, where it showcases a unique linear perspective.

This technique would later become a staple for artwork and sculptures from the Renaissance period, a technique which Donatello clearly displays a command for in this piece. 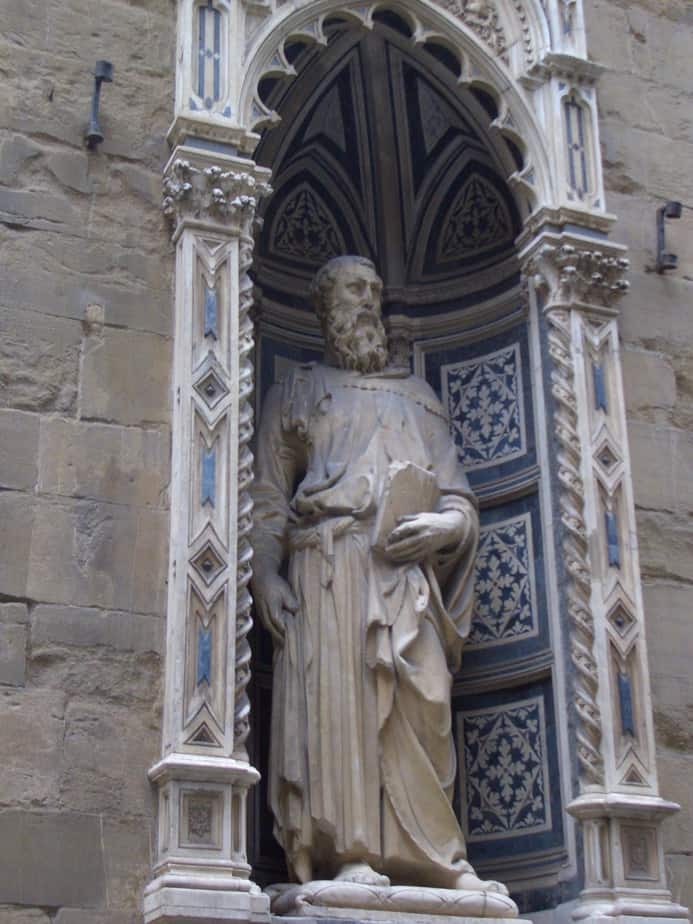 Produced in 1411-1413, this sculpture depicts well Donatello’s movements away from the Gothic style. The artist’s original marble works were developed in the Gothic art style, whereas this marble sculpture of Saint Mark moved into the Classical artistic style completely.

As a result of his work, Donatello managed to fully encapsulate the human personalities and expressions, showing a great deal of confidence and emotion in doing so.

Saint Mark is best known for the natural-looking pose, detail to realism, and style not so recognized in that day and age.

3.Works for St. Anthony of Padua 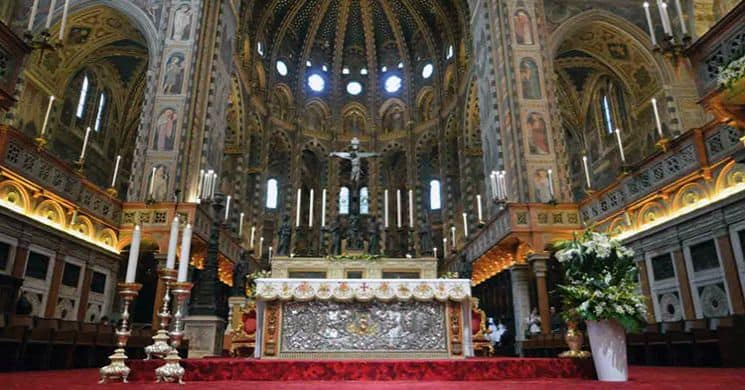 A massive work was produced around the year 1450 for the church of Saint Anthony of Padua. Donatello’s work in this project consisted of 7 bronze statues, 21 bronze reliefs, and a large limestone relief.

A hundred years later, this work was removed and unfortunately, the reconstruction produced in 1895 is incorrect in both its aesthetics and historicity and it is, therefore, the original arrangement is unknown.

Amongst these works are a detailed bronze crucifix and 4 reliefs depicting some scenes from the life of St. Anthony. 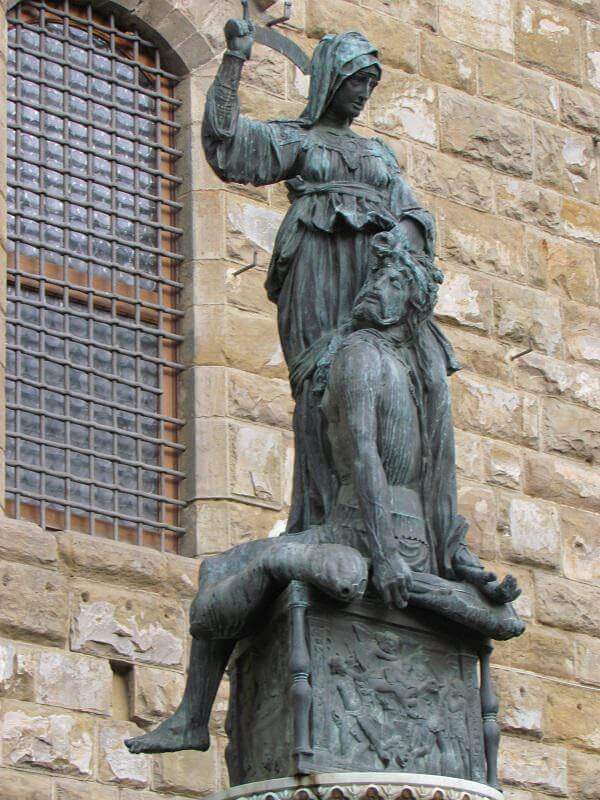 Produced in 1460, this work is a detailed sculpture based on the book of Judith from the Catholic bible. Judith and Holofernes depict the image of a Babylonian general Holofernes, who was invading the nations who wouldn’t regard the Babylonian king Nebuchadnezzar as a god.

As Holofernes is in the midst of his siege of the city of Bethulia, a Hebrew widow by the name of Judith came to him, seduced him, and cut off his head whilst he was drunk.

This bronze statue is one of the first to be produced and is notable for its depiction of this assassination of the Babylonian general and hence come under the list of famous works by Donatello.

St. George Killing the Dragon was produced in 1416-1417 and is the point where Donatello introduced his art technique called schiacciato to his sculptures.

Relief had always caused problems for many artists, due to the intersection between painting on a 2-D plane versus the 3-D plane of sculpting. This new technique, also known as “flattened out”, caused the plane to be only slightly lower than the sculpted elements on the work.

This technique created a feeling of depth and movement for the elements in the sculpture, and the bold, new way of doing things no doubt made relief sculpting a simpler process for many. 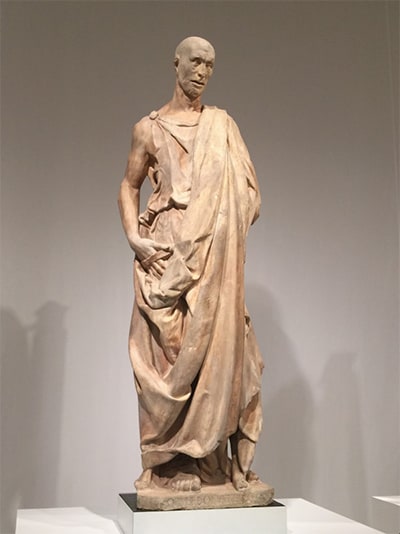 Produced between 1423-1425, Zuccone means pumpkin and is the sculpture’s popular name, due to the figure’s baldness. It’s also known as the Statue of the Prophet Habbakuk, although this is not known for sure.

Part of a series of 5 statues that were produced for the Catholic Cathedral in Florence, Italy, this work is perhaps one of the artist’s most important marble sculptures.

Most notably, the statue has realistic features and looks natural, as well as reportedly being the artist’s favorite of his works and hence come under the list of famous works by Donatello. 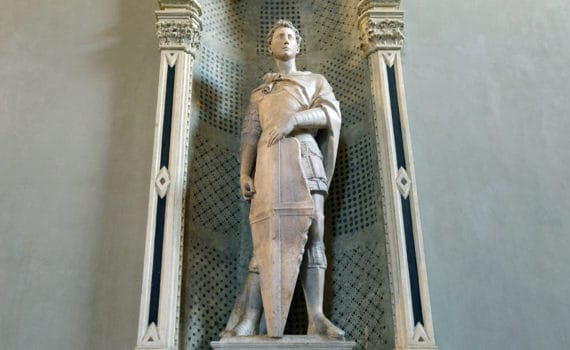 A marble statue created in 1415-1417, Saint George is another such Donatello work that makes a move away from the Gothic art styles of his era.

For many art historians, this piece of work is the one that changed everything about the art of sculpture. Through the sculpture, the artist so masterfully depicts a resting human figure and captures well the balance between rest and action.

The simplistic nature and power of Saint George is achieved well by Donatello, where his technical sculpting skills and craftsmanship produced a masterpiece. 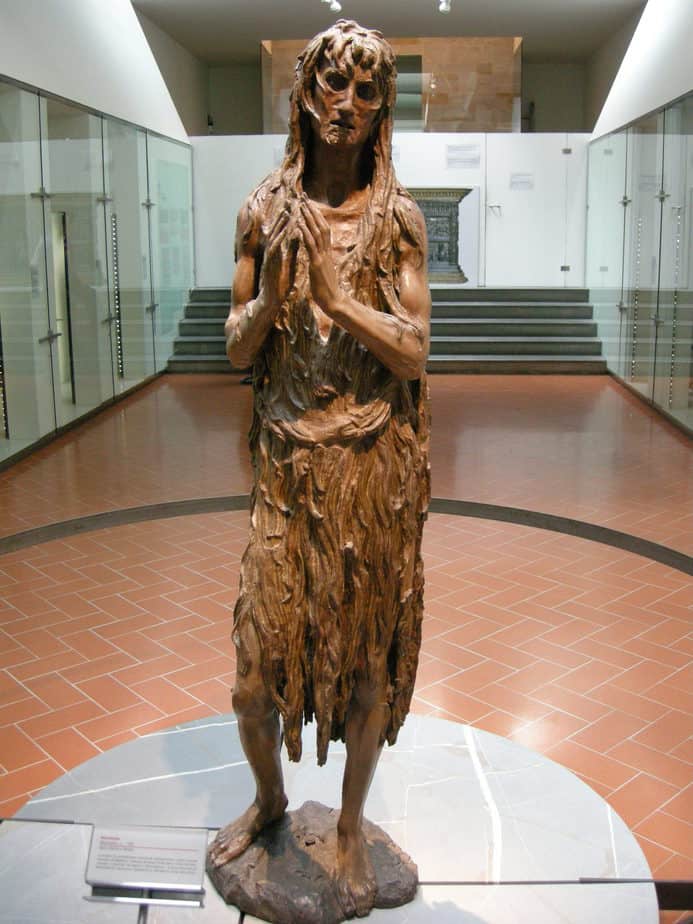 Penitent Magdalene is a wooden statue produced by Donatello in 1453-1455. A woman from the bible, Mary Magdalene is often shown in other artistic depictions as a beautiful and young woman who had perfect health.

For Donatello, this is not the case. His wooden statue developed a very different version, a Magdalene who was weak and gaunt, after having been said to have spent 30 years in a desert repenting of her sins.

Donatello ignored other legends, such as her being fed by angels in his depiction, and thus presented a sculpture centered in realism. As such, it has become one of his most admired and renowned sculptures as well as revered as his greatest wooden sculpture and hence come under the list of famous works by Donatello 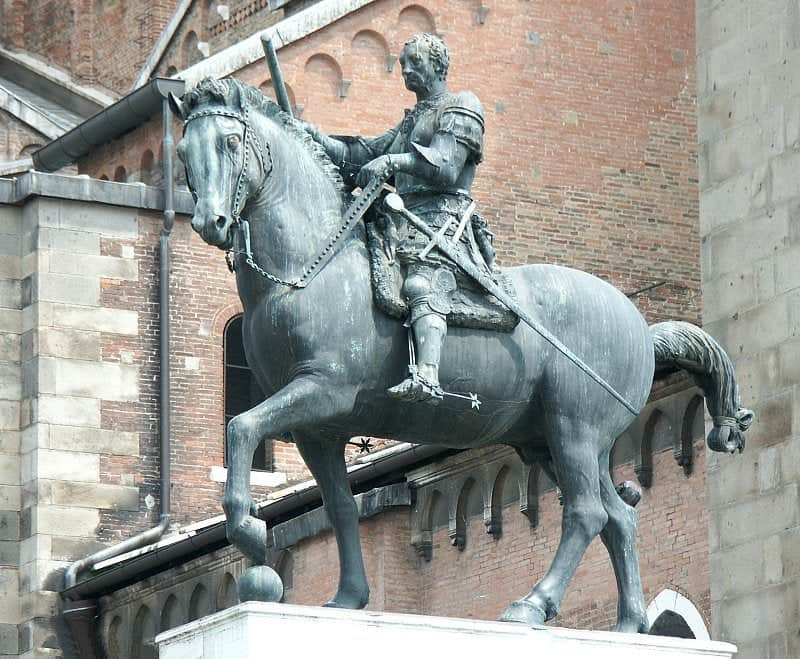 Produced in 1453, the Equestrian Statue of Gattamelata was a bronze statue depicting one of the most famous military leaders of 15th century Venice.

Gattamelata, meaning “honeyed cat” was another name for Erasmo of Narni who died in 1443 when his family granted Donatello a sculpting commission to create a statue of the leader. Gattamelata boasted a strong and determined expression, where he and his powerful steed were ready for battle.

As a result of Donatello’s work and the power displayed through it, the King of Naples took note and sought a similar statue. This statue is thought to be the ancestor of all equestrian portraiture. 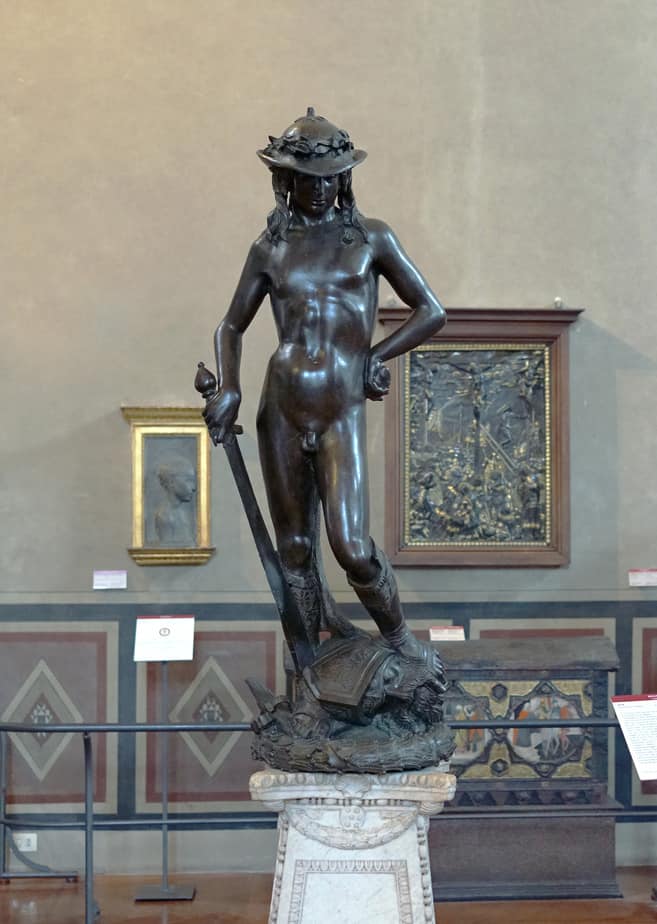 The bronze statue of David, the biblical hero, was produced in the 1440s. This statue is hailed as being the very first large, free-standing naked statue.

The statue depicts David, fully nude apart from his hat and boots, standing with a giant’s sword and the severed head of his enemy, Goliath. David’s proportions compared to this sword is suggestive of the assistance of God in his victory.

Donatello produced a similar marble statue in the Gothic style, but it is nowhere near as famous as his bronze version, known as his greatest masterpiece and hence come under the list of famous works by Donatello

Many sculptures have been made over the centuries, and many have left a long and lasting impact on art as we know it.

The top works by Donatello and his many amazing sculptures in this list have certainly left a lasting impression on the art of sculpting, both throughout history and today.

These works are certainly impressive and deserving of awed admiration by the many generations yet to come, as well as the inspiration they provide to many a sculptor of our day and age. Also, check out the post Henri Matisse, The Beast on the Loose


The Most Loved Art Stories by Our Readers