15 Artworks That Changed the Course of Contemporary Age

For an article in the New York Times Style Magazine, a group of artists and art curators came together to discuss some of the most amazing artworks of the contemporary age.

The assignment itself posed a variety of questions, from what qualifies as contemporary art, to does it have personal significance for the artists, to whether it is recognized as significant by art critics.

Naturally, it was impossible to rank art and many different opinions arose, wherein in the end, no consensus was reached.

Based on some of these discussions, here are the 15 most revolutionary contemporary artworks to change the course of the contemporary age, in chronological order. 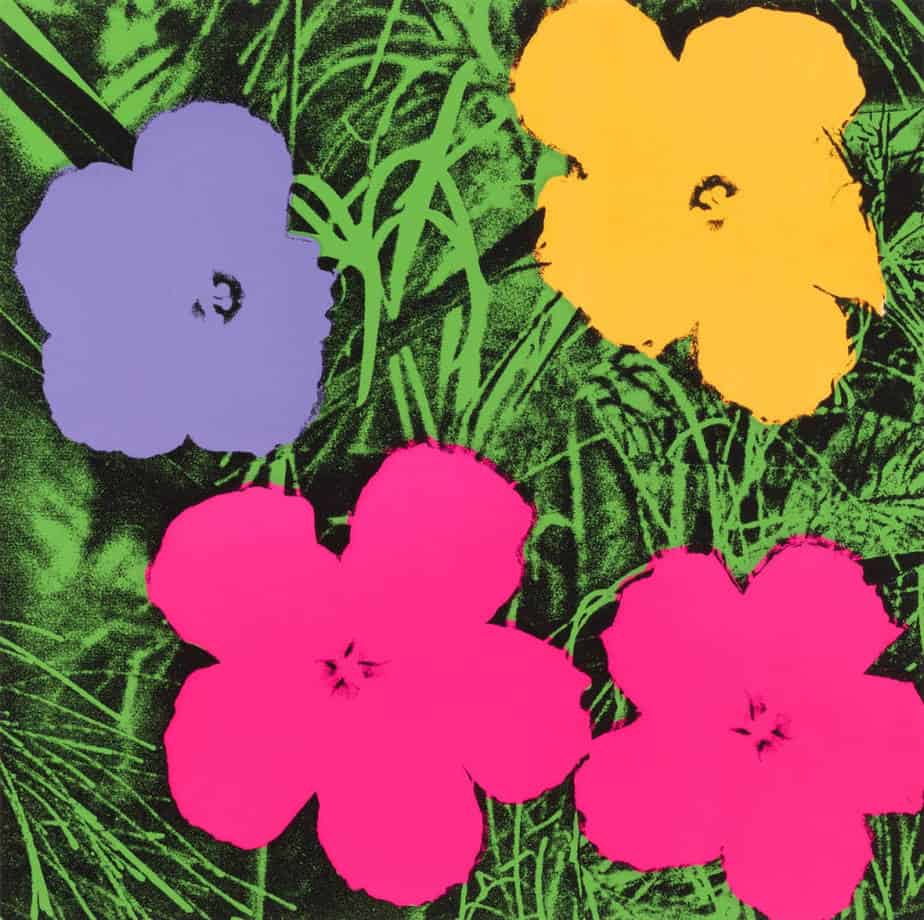 Created by Elaine Sturtevant, Warhol Flowers is a repeat of a work completed by Andy Warhol. In fact, much of Sturtevant’s work aimed to repeat other artists, where her targets tended to be famous male artists.

Considering how Warhol understood originality and authorship, the artist famously lent Sturtevant one of his works for her “repeat” art. Through her focus on Pop Art, a style lending itself towards production and dubious authenticity, the artist takes the genre to its logical conclusion.

These works, including Warhol Flowers, imitate the times where new artists would copy and learn from that those who came before them. 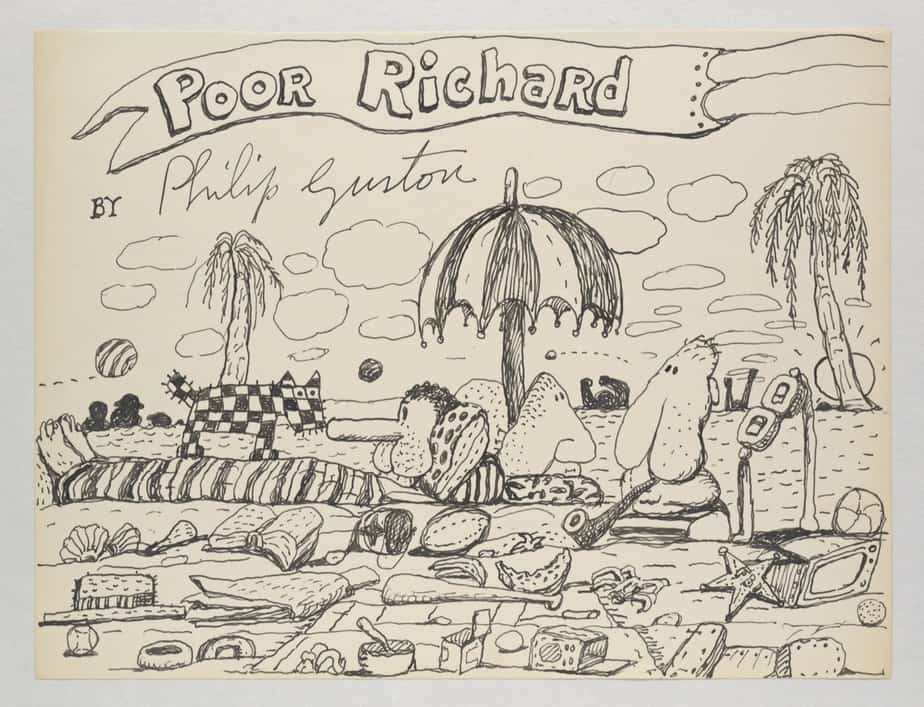 As part of a series of comics following the re-election of Richard Nixon, Philip Guston created these interesting and astounding artistic comments on the president’s rise to the oval office and the destructive work once he was there.

These line drawings portray Nixon with a phallic-shaped nose and testicular-shaped cheeks, swimming and creating policy in China. Included are other politicians and his pet dog Checkers. The artist well captures the hypocrisy and bitterness that dominated Nixon’s tenure. 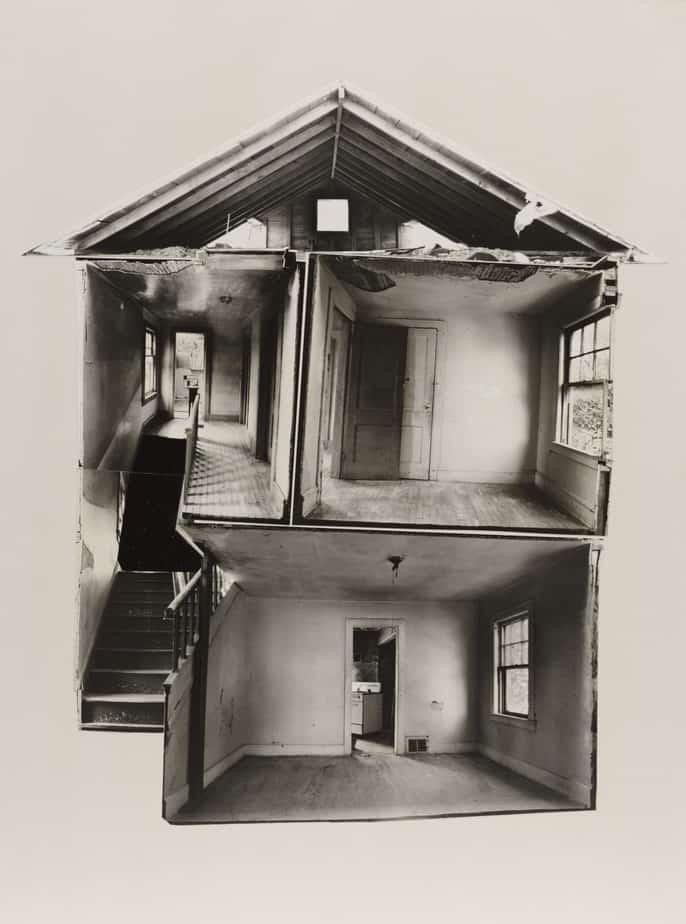 Having trained as an architect, Gordon Matta-Clark worked as an artist where he was known for cutting away bits of abandoned buildings and houses and showcasing the bits and pieces of architecture as artwork.

Splitting was one of these first works, where the artist took a power saw and cut a house in New York in two. The efforts of the artist and his assistants saw the entire house perfectly separated, leaving a gap where sunlight could shine through into the house. 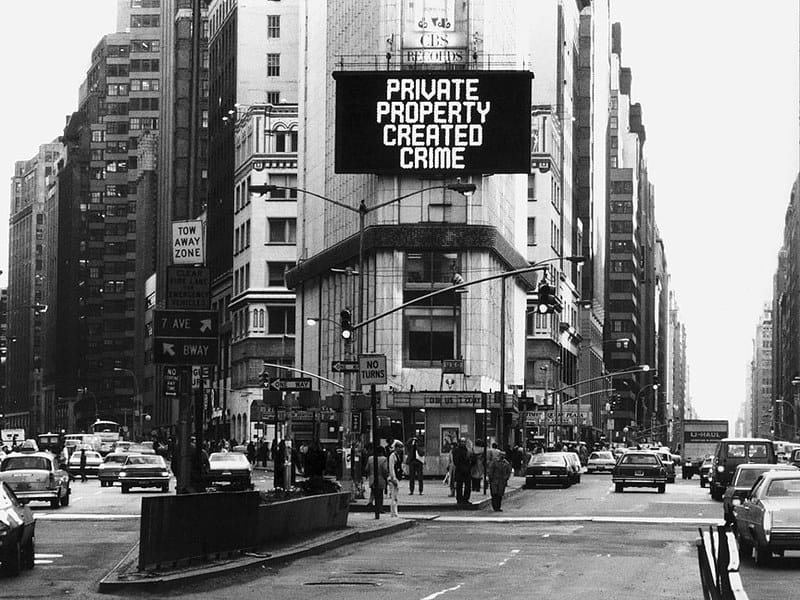 A series of works by Jenny Holzer, these truisms were compiled of more than 250 phrases, commands, or observations about the world. Many were derived from ideals of literature or philosophy, where some of the lines were judgemental to the viewers, bleak and depressing while yet others offered standard cookie-cutter phrases you might find in a fortune cookie.

The most profound of these was of course the political ones, such as “Abuse of power comes as no surprise”. Holzer ensured these were captured on the Times Square LED board, posters, real advertisements, as well as on objects, such as caps, t-shirts, and even condoms.

David Hammons captures a sense of social justice in his work alongside an unorthodox use of materials.

Some of his early work sought to challenge art forms, such as the Blizz-aard Ball Sale, where he sold snowballs of various sizes alongside street vendors and homeless people in New York City to critique the value and consumption of items. Additionally, in 1988 the artist painted an African-American activist, Reverend Jesse Jackson who ran for the Democrat party.

This was most controversial, in that he painted him as a white man, with blonde hair and blue eyes, a comment on how inherently racist the systems are. This painting was smashed with sledgehammers by a group of young African-American men during its installation, and now, the artist exhibits the painting surrounded by sledgehammers whenever he shows it.

Much of Candy Noland’s works investigate and dive into the deep and dark extremities of American culture. The Big Slide, for example, showcases a number of railings and barriers, suggesting limited access, lack of equal opportunities, and limited freedoms.

To even visit this work, viewers had to duck under a metal pole blocking the doorway, alluding to the same. Oozewald, on the other hand, features a screen of the infamous John F. Kennedy’s assassin, Lee Harvey Oswald.

The image depicts him as he is being shot and killed at a nightclub, with 8 oversized bullet holes across the surface and an American flag shoved into his mouth. 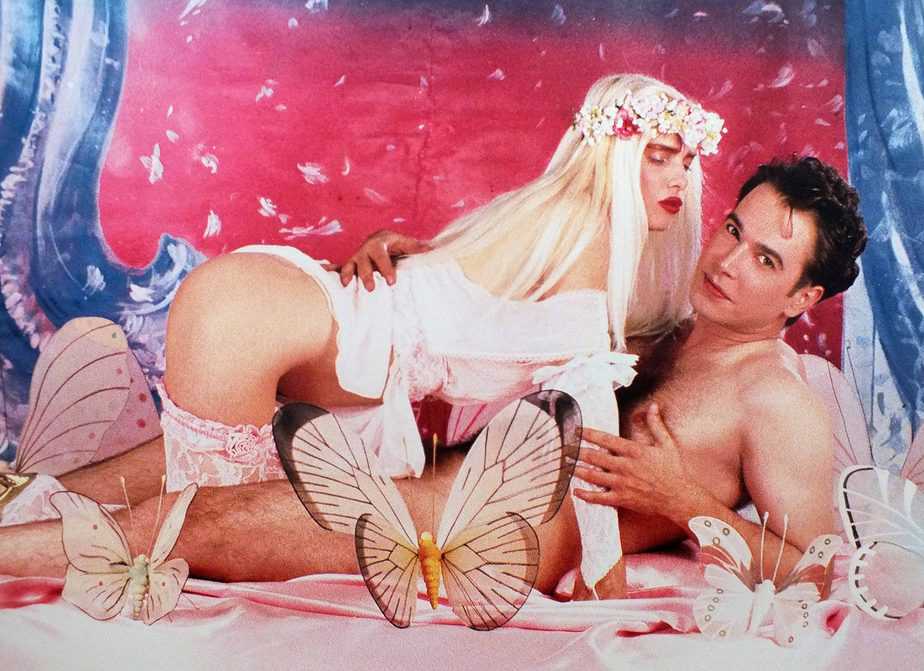 The Arenas are a series of 11 works by Mike Kelley, which when exhibited displayed a series of stuffed toys and animals sitting alone or in groups surrounding blankets.

In one, a bunny is positioned with a thesaurus open on the entry on “volition” and surrounding by cans of Raid fly spray, whereas in another, a leopard is positioned above a lump hiding beneath the blanket.

Accordingly, the works attempt to comment on themes of perversion, shame, dread, and vulnerability, especially commenting on the adult’s perfect idea of a child as a pet, not as a person. These toys are not clean, usually faded and dirty in some way. 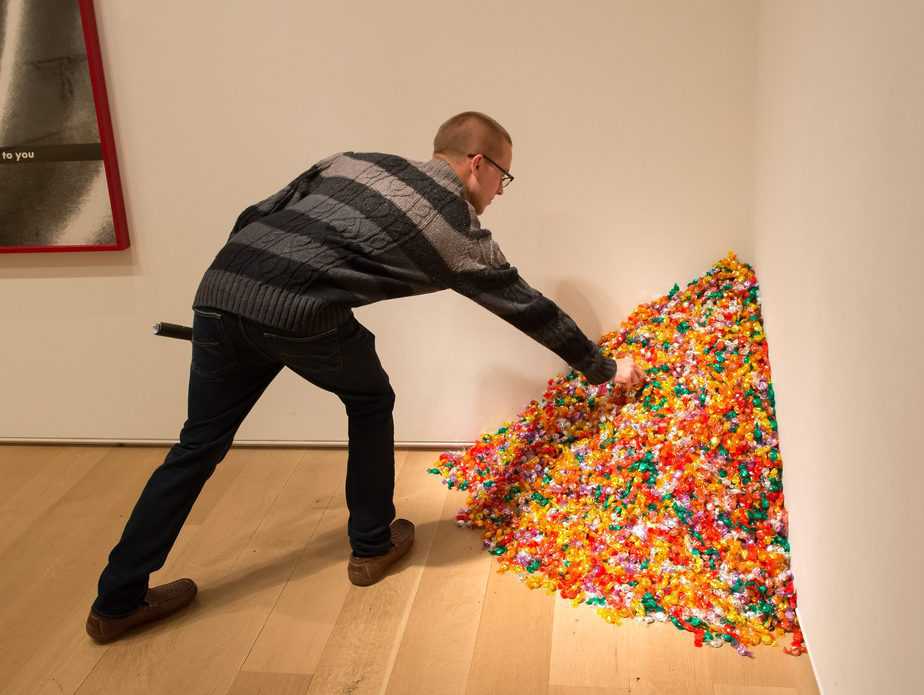 Untitled (Portrait of Ross in L.A.) is a work by artist Felix Gonzalez-Torres in response to the grief of losing his love, Ross. The artist’s work is developed using 175 pounds of candy, the approximate weight of a male adult, wrapped in bright and colorful wrappers. 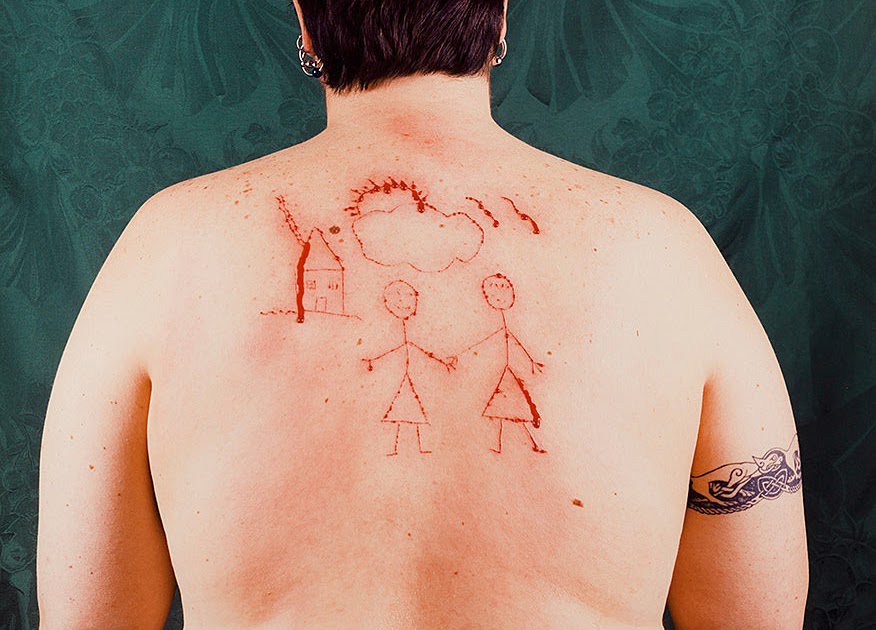 A photograph produced and developed by Catherine Opie, Self-Portrait/Cutting was produced in 1993. This work is very confronting, where the artist is facing away from the viewer with her bare back exposed.

Displayed is a carving into the skin, sort of like a small child would draw, of a house and two stick figures holding hands.

This work, as well as others, constituted a response to a national disagreement on the ideas of obscene scenes in art. Specifically, by developing this work, Opie sought to defy the people who openly shamed and vilified queer communities and their artworks. 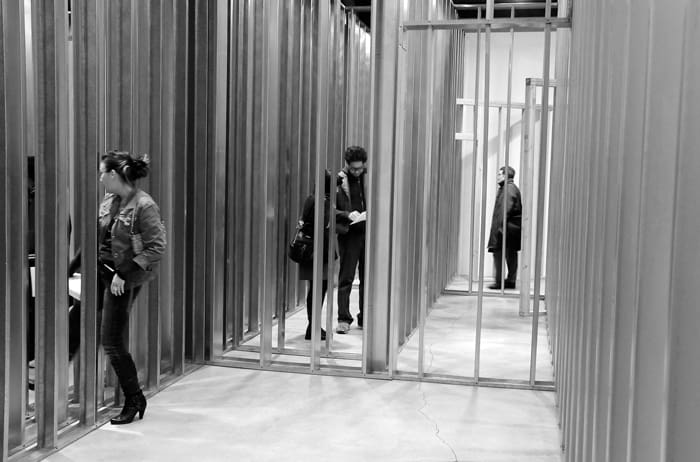 An installation at the Santa Monica Museum of Art in 2008, Michael Asher often made use of the spaces in art galleries to develop unique and site-based works and attempted to showcase architectural designs of the gallery.

When the Santa Monica Museum approached him to create a piece, he recounted the history of the museum. To do so, he developed the wood and metal skeletons of walls that had been used during previous museum exhibitions, bringing the history of the location into the present day.

A full-sized replica of the Statue of Liberty, We the People are made of copper. Its uniqueness is that it has been split into around 250 different pieces which are held in much different public and private collections around the world and will never be formed into a complete piece.

We the People is a comment on the foreign policy of western countries and on the perceived ideals of freedom and democratic rule which the Statue of Liberty represents.

Ideals which both France and the United States of America have all but ignored in the past. France, of course, possessed numerous colonies in Africa and Asia, whereas the United States waged war in Vietnam in the name of preventing Communist rule. 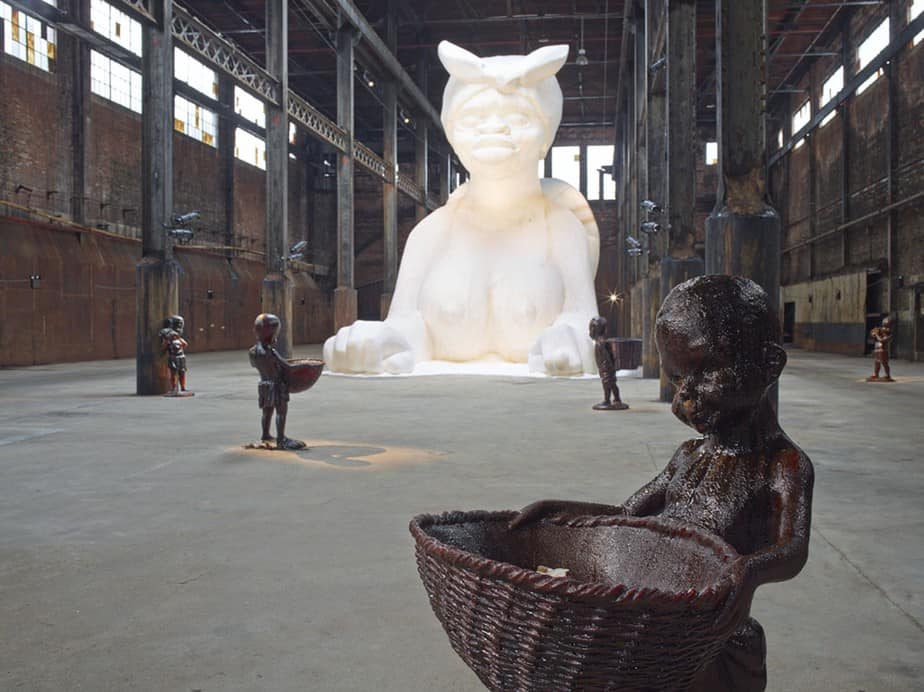 A Subtlety was developed in 2014, a work in which Kara Walker produced a large, polystyrene sphinx coated in white sugar.

Displayed in a hall of the Domino Sugar refinery in Brooklyn, the white sculpture has the stereotypical features of a black lady with a kerchief around her head.

Some of his pictures are bathed in deep red light, while yet others cast in black shadow, obscuring the faces of the almost-born babies.

Although many of these photos may serve to remind us of the humanity that we all share, they are no cause for celebration, where many of his images invoke fear in the viewer. 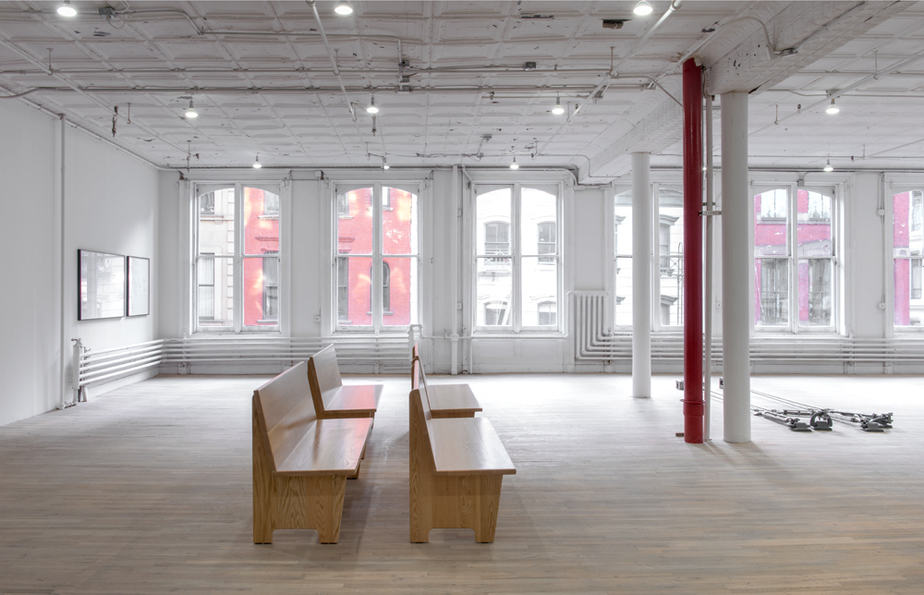 In 2016, there was an exhibition titled 91020000 held at the New York non-profit artists space. In this exhibition, the artist Cameron Rowland managed to acquire and display pieces of furniture crafted by inmates who worked for less than $1 per hour.

In addition to this, he provided research into how incarceration works. These products are sold by the New York State Department of Corrections under the name Corcraft, where the artist was able to get a hold of other items such as benches, uniforms, and metal covers and bars. These items are rented for exhibitions by the artist, not sold.

The 15 most revolutionary contemporary artworks covered in this list are certainly not the list in its entirety. There are many artworks that have wowed, impressed, and amazed critics and practitioners alike which are not covered here.

There were many artworks discussed and suggested by the artists and curators interviewed by the New York Times Style Magazine not included here or there.

Revolutionary art that challenged the culture, commenting on things before their time and attempted to circumvent perceived ideals and notions of the people of the day deserves to be celebrated. Also, check out 10 Must-See Contemporary Art Museums with Powerful Artworks.

Newer What is NFT Art?
Back to list
Older Dieter Rams 10 Principles for Good Design
close