Around the world today, there are many famous artists creating and producing valuable artworks. It should be obvious that contemporary art, meaning the “art of today”, has been affected by the history of all the art forms and movements that have come before it.

With many incredible artists in our long and often forgotten past, it is undeniable that our contemporary artists have been influenced in work too. This list of 15 famous European contemporary artists is sure to inspire you and impress you as we delve into some of the amazing artists of our era. 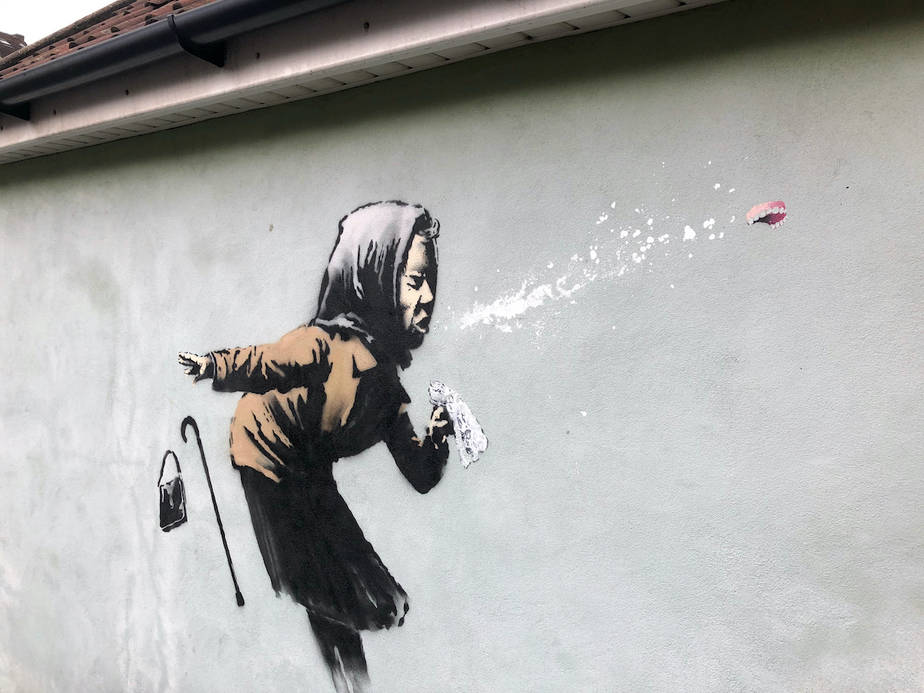 His characteristic style makes use of templates and stencils, as well as real-world items situated around his artworks. His works have been found all around the world from the United Kingdom to the United States of America to Israel and Palestine.

Due to the nature of his work, Banksy is a pseudonym and although his identity is unknown, some sources suggest that his real name is “Robert”, a man born in 1974 in the city of Bristol. 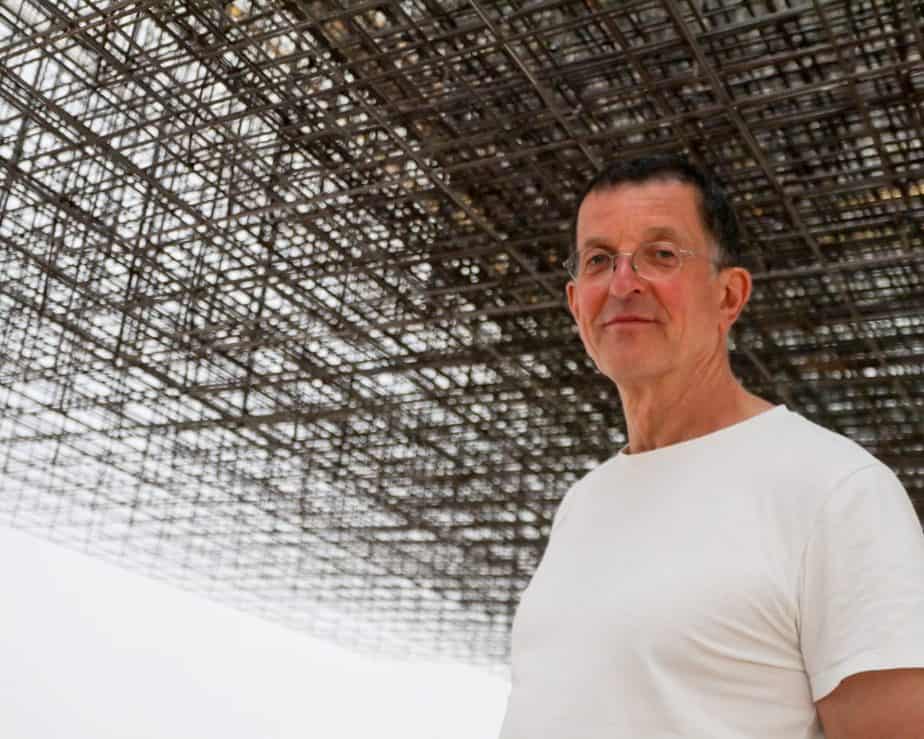 Antony Gormly has often made use of the proportions of his own body and weight build as the beginning point of his sculpting work. He has worked on a number of significant projects, including Allotment, Critical Mass, and Inside Australia during his career and has produced many famous works.

The most famous of these is the Angel of the North, a large sculpture built for public space, and Another Time and Another Place, which consisted of several figures in its design.

These were finished in 1998 and 1997 respectively, and over the last 25 years, Gormly has certainly made significant contributions and given new meaning to the art of human sculpting. 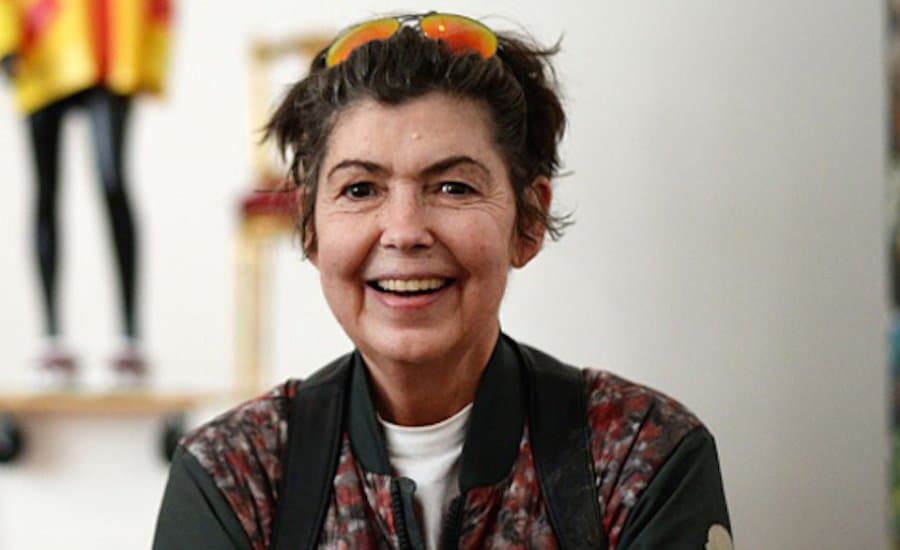 Isa Genzken has worked for over thirty years on a vast variety of artworks. After studying sculpting at Hamburg, Dusseldorf, and in Berlin from 1969 to 1977, Genzken produced many works in the form of images, installations, digital media, paintings, paper works, photos, and books.

Just as varied as her artworks, the artist also utilized many different types of media. She made use of materials such as wood, plasters, resin, concrete, and plastics, as well as everyday utensils and items from our modern consumerist world.

Throughout her work, the artist is seen to be reflecting the reality of our contemporary world against our society. 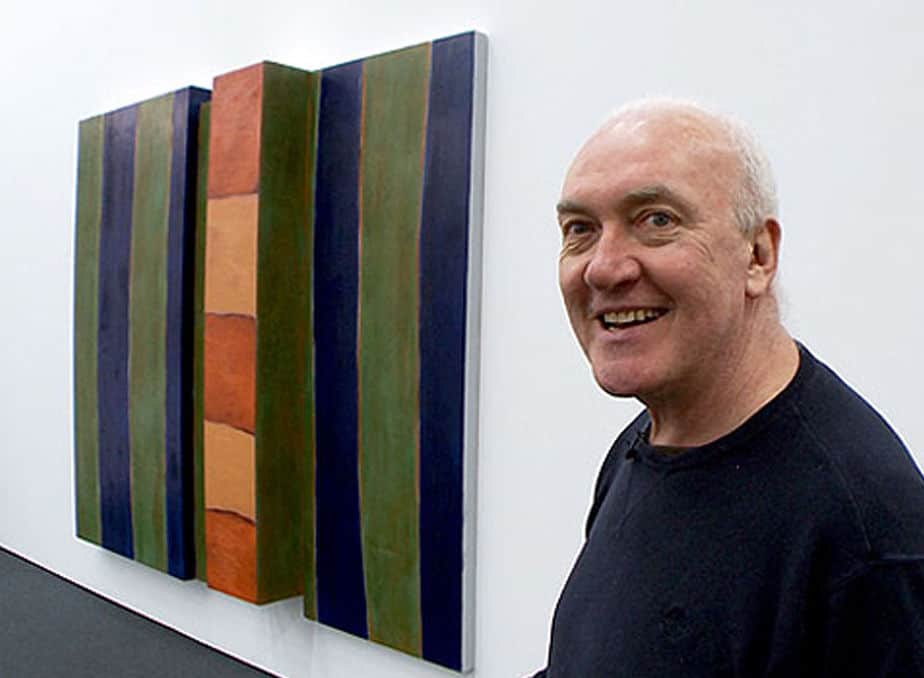 Sean Scully was born in the city of Dublin, Ireland but grew up in the south of London. Early on, he discovered many fantastical paintings within the Catholic church and discovered rhythm and blues music, interests that would determine the reality of his future.

Many of the events which happened in his private life influenced his works, as well as historical and cultural events. Eventually, the artist moved to New York in the United States of America in 1970 and became a citizen of the United States in 1983, tragically the same year that his son died.

Scully was nominated for the Turner Award for his art in 1989 and 1993 and has had his works shown in many famous galleries around the world. 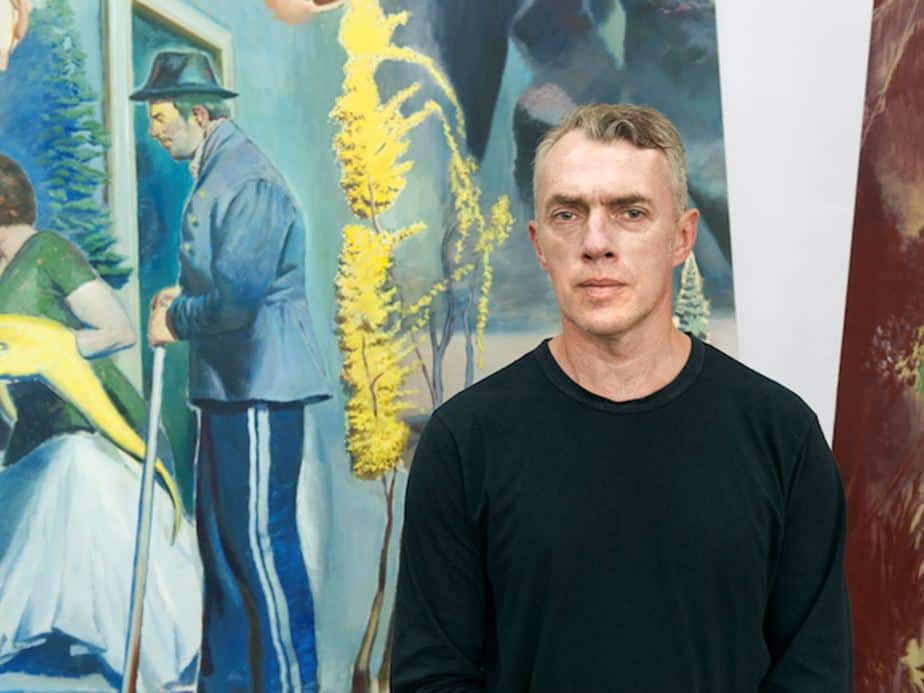 Born in Leipzig in 1960, Neo Rauch is possibly one of the most important contemporary artists of our age. Through recent years, the arts have formed a predictable rhythm and form and upon his entrance into the artistic world, his works were like a breath of fresh air for many.

The artist studied at the Hochschule für Grafik und Buchkunst in the city of Leipzig. In the city at the time, the painting was the main concentration of many artists which the international art world of the mid to late 20th century was not too interested in. All the same, Rauch managed to break out from the Leipzig artist isolation and his work has been critically acclaimed since the 1990s. 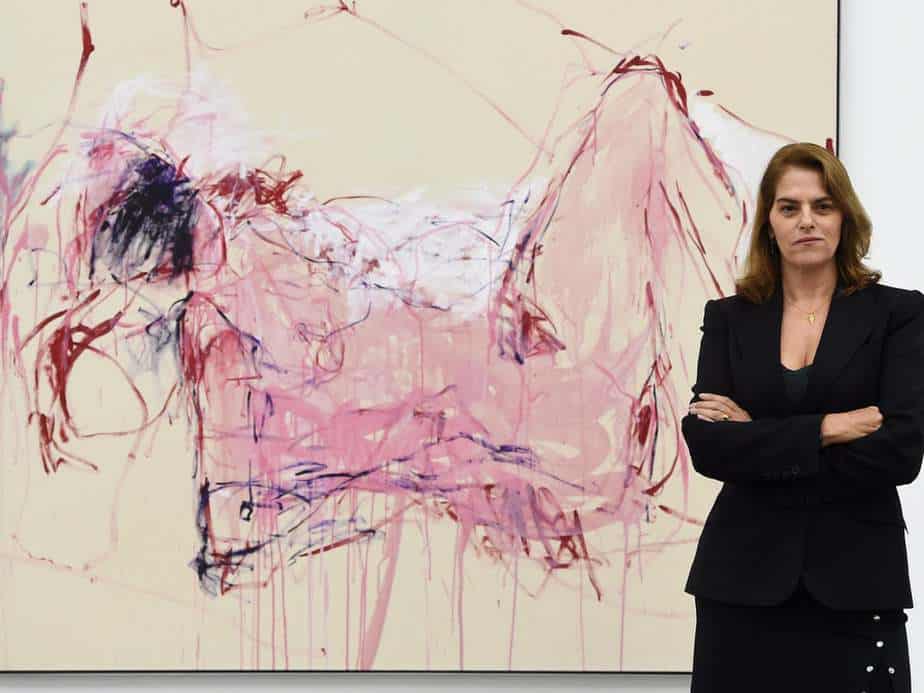 Since the 1990s, Tracy Emin has been hard at work with visual arts and has become one of the most influential artists in the Brit Art movement.

During the mid-20th century, many women struggled and fought for more freedoms and it is often considered that now that equality has been achieved in many respects, female artists such as Emin consider now the time to explore the depth of their emotions with art.

The work of Tracy Emin is often enjoyed by a large audience and she displays her experiences as a woman at the forefront, including her sexual activities. 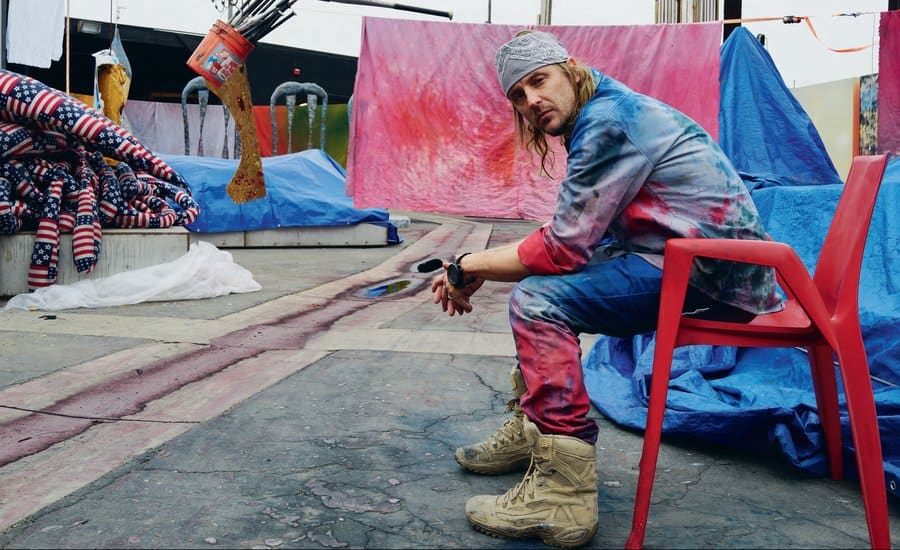 At the beginning of the 21st century, Sterling Ruby was thought to be one of the most important contemporary artists.

He is well known for the large ceramic structures he produced, and the variety of abstract paintings he produced. Many of his paintings draw the viewer back to the Color Fieldworks of the 1960s and his works often refer to works of architecture and minimalism.

Suggested also through his works are ideas of marginality, vandalism, and power structures. As a result of these things, as well as his unique visual ideas espoused in his works, he is very deserving of being named one of the most important contemporary artists. 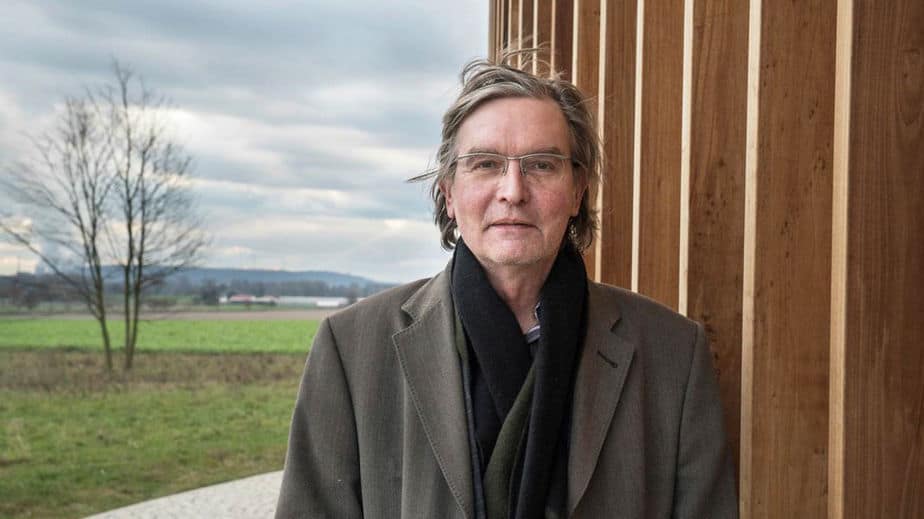 Making use of a variety of different art styles, Thomas Schütte has built up quite an impressive list of works. The artist has produced works using watercolors, drawings, models, sculptures, and installations, not only relying on one but sometimes mixing several together into one art piece.

His works often contained a variety of layers, where he would make use of entire spaces and produce a scene to envelop his viewers.

He is talented in the way he displays sizes and scales, where a sculpture that is a normal, ordinary size appears giant when juxtaposed with a smaller object next to it. 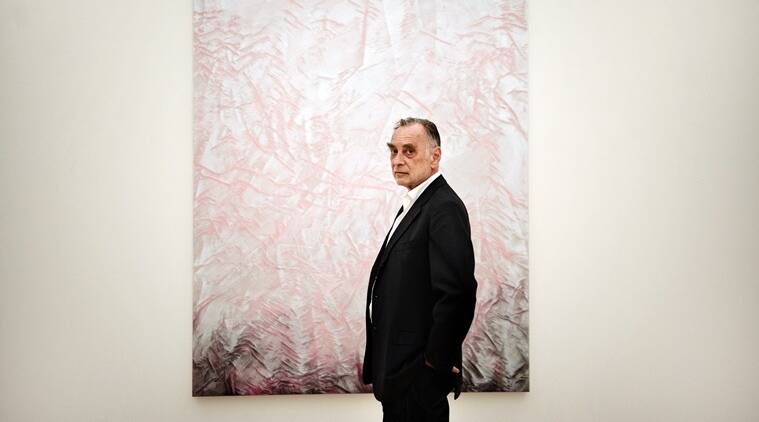 An Italian painter and artist, Rudolf Stingel was born in the city of Merano but lives in the United States of the America City of New York.

Stingel’s works often attempt to stimulate the senses of his viewers and seeks to capture the essence of the viewer’s viewpoint of his works.

Also a craftsman, the artist often also uses readily available materials such as carpet, foam, drywall, and polyurethane for his works, where he makes use of installations and paintings to conceptualize his creation process. His artworks are unique and are considered to challenge the concepts at the heart of traditional painting. 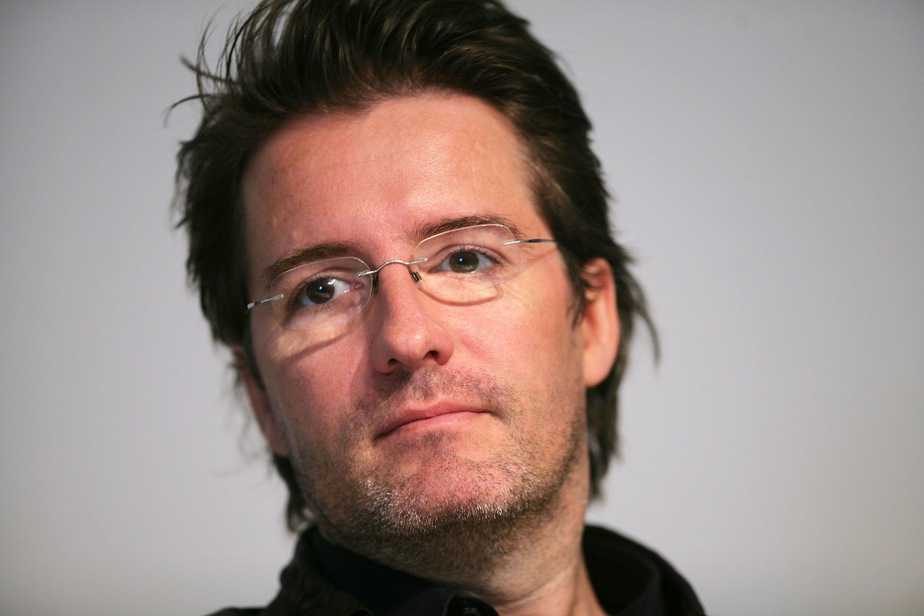 Coming from Denmark, Olafur Eliasson makes use of the world around him in his artworks. He is best known for experimentations using light, water, temperature, and pressure and the ways that we as humans see and experience these things. His works are most often developed within spaces and how we react with the five senses.

Some of the questions his works can make the viewers ask are about their role and their influences on the environment.

The artist’s work is designed to make people reflect because by asking questions, real and lasting change can come about. 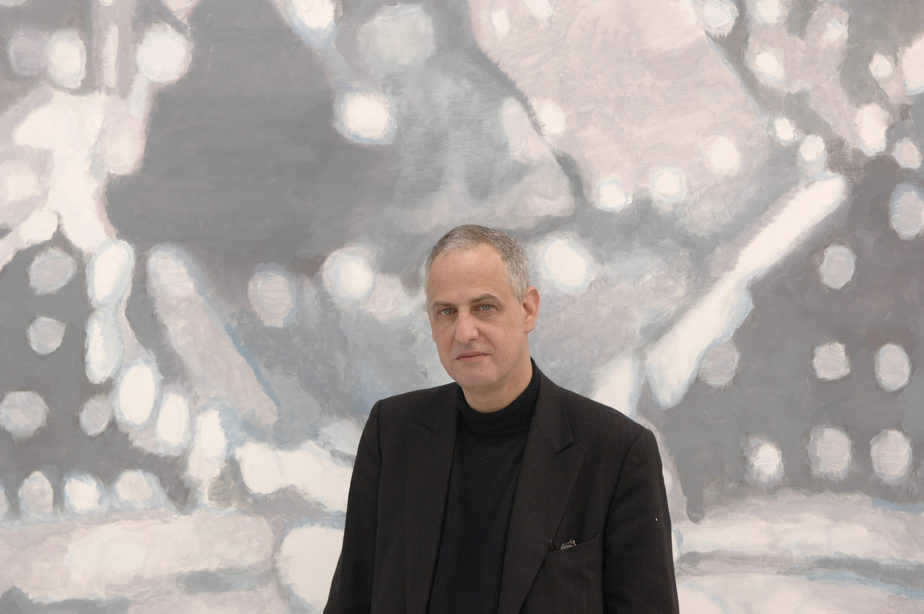 Luc Tuyman has quite the recognizable style in the art world, where his works are often small, and follow a pale and seemingly lackluster color scheme.

When first viewed, these appear to be unassuming in their design, yet underneath the innocent exterior, the themes are dark, covering issues such as child abuse, nationalism, and genocides like the Holocaust.

His art makes social and political statements on these issues, and his career so well displays the impact that art can make in our contemporary world when the artist decides to represent major issues in their work. 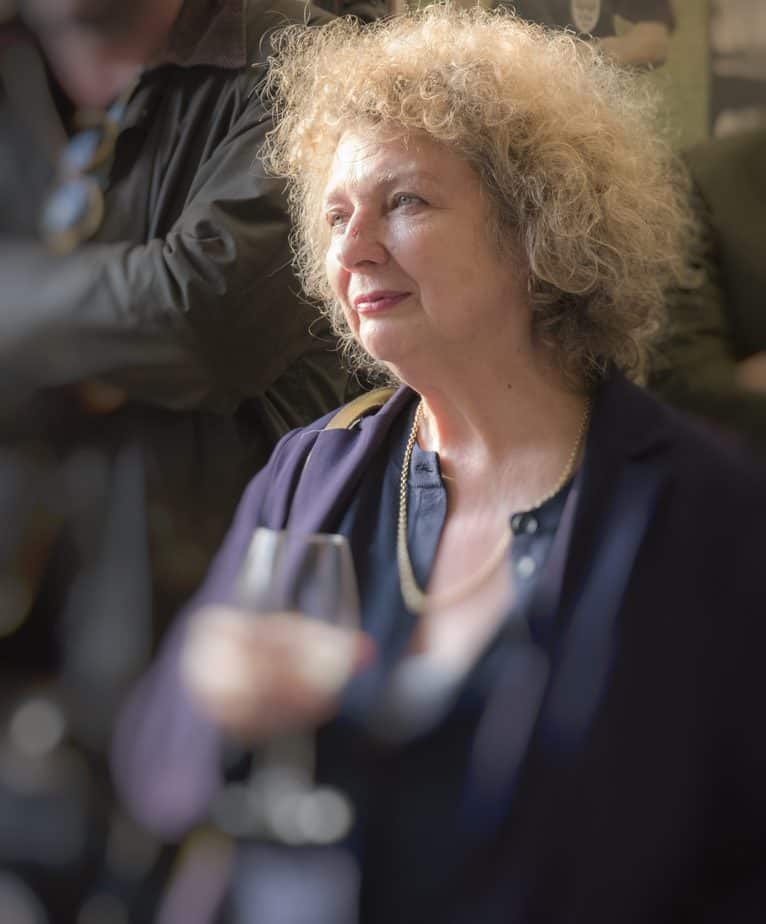 An artist from the Netherlands, Marlene Dumas has shown her artworks in many locations around the world. As well as at some of the biggest museums in the Netherlands, as well as several contemporary art exhibitions in Japan, England, America, and South Africa.

The artist has also had solo tenures at the Tate Gallery in London, the Frankfurt Museum of Modern Art, and has been a part of the Venice Biennale.

Upon showing her works at the Saatchi Gallery in London, she was dubbed as one of the most important artists of our contemporary age. 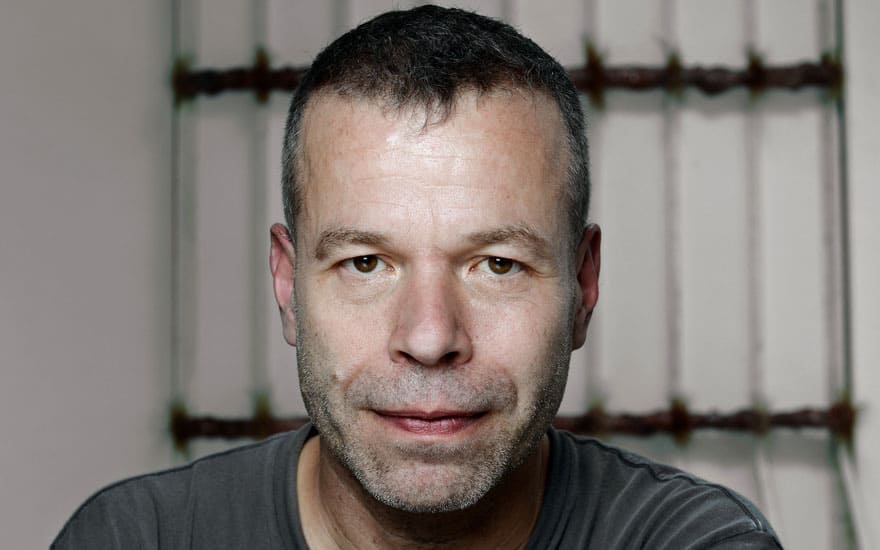 An artist who won the Turner Prize in the year 2000, Wolfgang Tillmans is regarded as a very talented and versatile photographer.

His skills in photographing modern life have seen him produce a variety of art, from portrait works, landscapes, stills, cityscapes to abstract representations in his photos.

Most often, he displays his works in installations, developing connections between different images, often hanging them directly onto a wall using pins or paper clips to achieve his purposes. 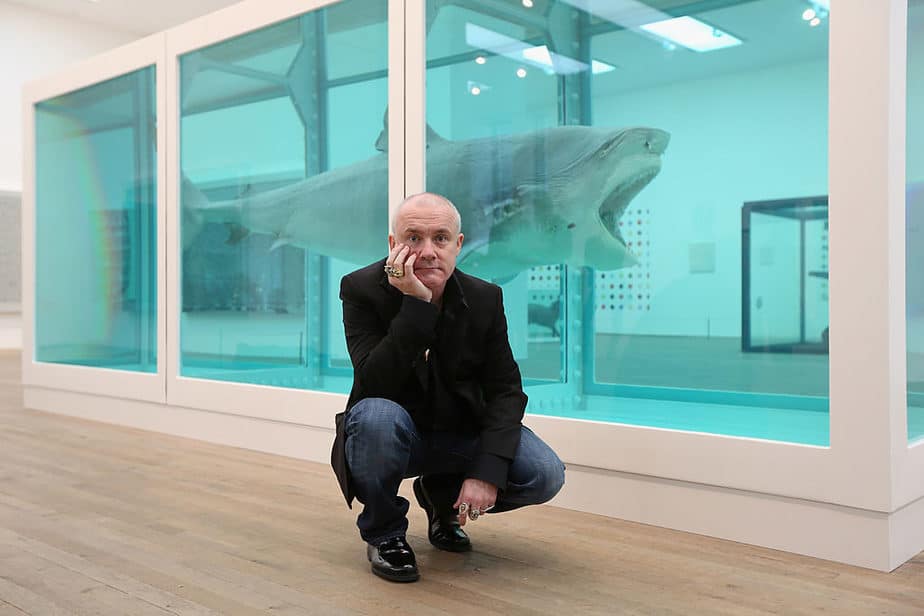 An artist from the United Kingdom, Damien Hirst is well known for his creation is sculptures and installations and is quite influential in the young British artist movement.

His works often show the dull life of the working class. The themes of his work often deal with experiences such as death, hopelessness, and the temporary nature of all things, and makes use of dead animals in several of his works.

For example, when it comes to one of his works titled A Thousand Years, Hirst displays a real severed cow’s head rotting away in an enclosure filled with flies showing death and decay, a shocking thing for sure. 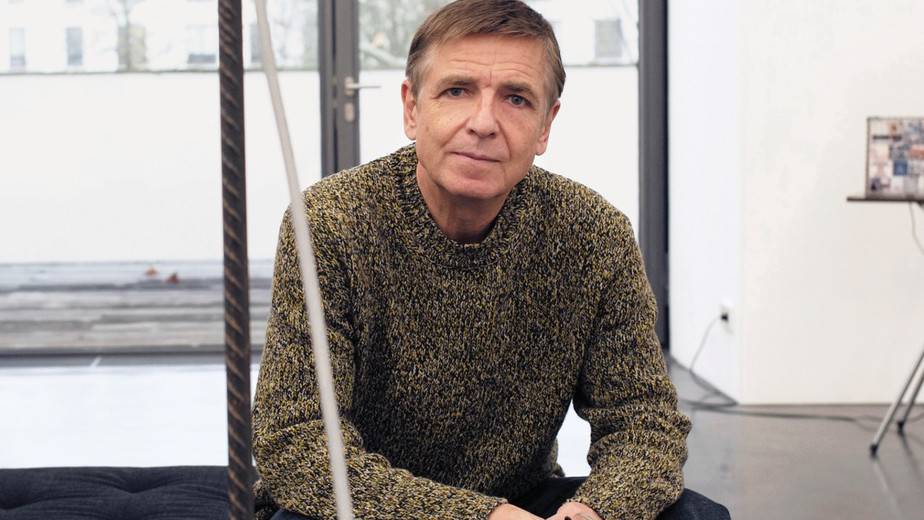 Another famous photographer, many of Andreas Gursky’s photos show buildings, the interior, and exterior of public spaces, cultural settings, and natural landscapes. Some have suggested that the best way to describe Gursky’s works are panoramas but from the panorama’s own viewpoint.

The design and style are very similar to those who taught him and the interplay of distancing, order, and overview within the photographs play a major part in their production. The main difference from his teachers, however, is that Gursky makes use of a wider variety of color palettes, sizes, and subjects, including people.

As a result, much of his work shows a relationship between the people shot and the structure of the environment they are found in.

The breadth and scale of works produced by these 15 artists and others are quite impressive, to say the least, and the variety of art styles and forms is certainly very different from historical works.

We live now in a day and age where the painting is not the only acceptable form of art and these famous European contemporary artists have shown us that all art forms provide valuable modes of artistic expression.

It is without a doubt that as time goes on, contemporary artists across our world today will continue to wow us with their incredible artworks. Also, check out The Powerful Legacy of Women in Art World.