A museum is an institution that conserves the objects of artistic, cultural, historical, or scientific importance. Here, is a list of one of the 25 best art museums in the world.

Museums also record a peoples’ and an artist’s experience within a timeframe and a social setting that place context on the work and help viewers to understand a piece and how it reflects the situations in which it was created.

There are many museums around the world which attracts visitors in millions.

Metropolitan Museum of Art is one of the most visited art museums in the world and the largest art museum in the United States. The museum is located in New York City. This art museum contains about two million works which are divided among several curatorial departments. 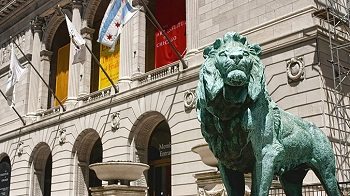 Art Institute of Chicago is one of the oldest and largest art museums in the United States which was founded in 1879. This museum is located in Chicago’s Grant Park. This museum hosts around 1.5 million guests annually and includes famous works of Seurat and Picasso.

The Musée d’Orsay is a museum in Paris, France situated on the left bank of the Seine. From 1848 to 1914, the museum included French artworks only which includes paintings, photography, sculpture and drawings. It also contains the largest collection of impressionist and post-Impressionist paintings in the world. 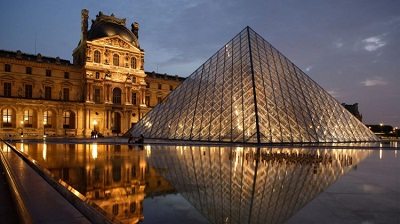 Louvre or the Louvre Museum is the world’s largest museum and a historic monument in Paris, France. This museum receives around 7.3 million visitors annually. Many historians believed that this museum was opened on 10 August 1793 with an exhibition of 537 paintings. 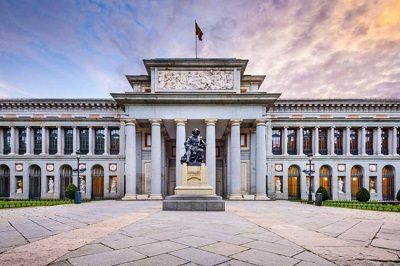 Museo del Prado also known as The Prado Museum was founded around 1819. Around then, it only contains paintings and sculpture but now it contains the world’s finest collections of European art. It is also considered one of the greatest and most visited art museums in the world. 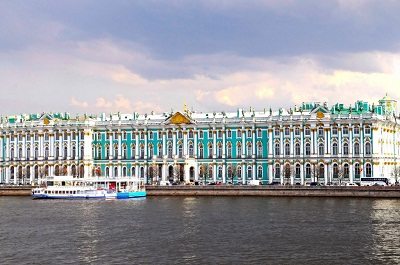 Hermitage Museum is also known as The State Hermitage Museum is a museum of art and culture in Saint Petersburg, Russia. This museum was founded around 1764 and is thus considered as the largest and oldest museum in the world. The museum celebrates its anniversary on 7 December every year. 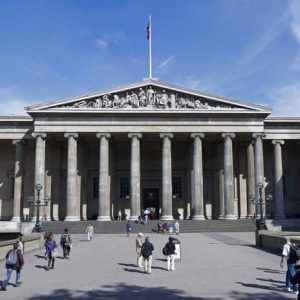 The British Museum is located in the Bloomsbury area of London, United Kingdom and was founded around 1753. This museum contains around 8 million works and collections of works of physician and scientist Sir Hans Sloane. 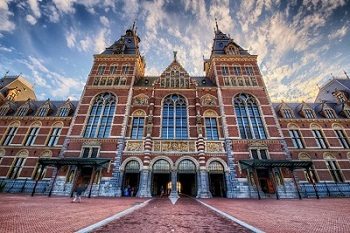 Rijksmuseum is a Dutch national museum located at the Museum Square in the borough of Amsterdam South and is close to the Van Gogh Museum. History tells us that this museum was founded in The Hague in 1800 and moved to Amsterdam in 1808. It attracts around 2.2 million to 2.47 million visitors annually. 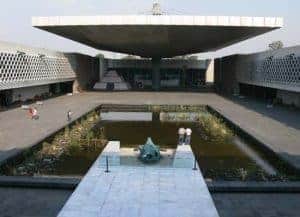 National Museum of Anthropology is a national museum of Mexico that was founded around 1964. It is located between Paseo de la Reforma and Mahatma Gandhi Street within Chapultepec Park in Mexico City and is considered as the largest and most visited museum in Mexico. 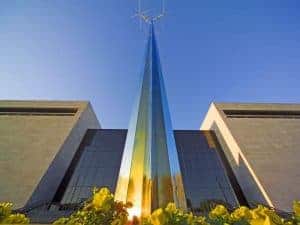 National Air and Space Museum is a museum in Washington, D.C which was founded around 1946. As the name suggests, this museum exhibits one of the largest collection of historic aircraft and spacecraft in the world. It attracted around 6.7 million visitors annually.

The Van Gogh Museum is an art museum which is dedicated to the works of Vincent van Gogh and his contemporaries in Amsterdam, Netherlands. This museum was established around on 2 June 1973. It attracted around 1.9 million visitors annually. 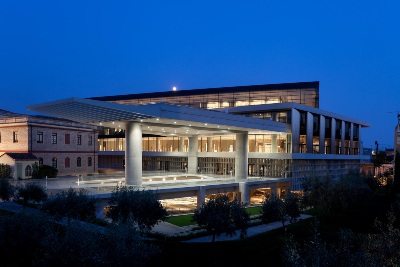 Acropolis Museum is an archaeological museum focused on the findings of the archaeological site of the Acropolis of Athens. This museum was established around 20 June 2009 and is located in Dionysiou Areopagitou Street, Athens, Greece. 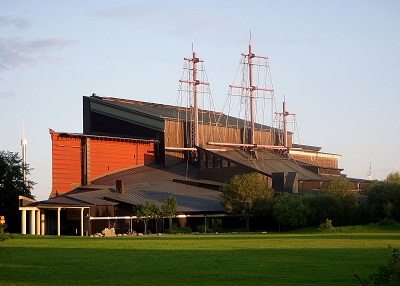 Vasa Museum is a maritime museum that was founded around 1990. It is located in Galärvarvsvägen 14, Djurgården, Sweden. It hosts around 1.2 million visitors annually. This museum contains 17th century ship that has ever been salvaged and the 64-gun warship Vasa. 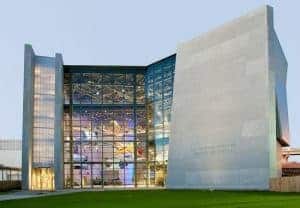 The National WWII Museum is also known as D-Day Museum is a military history museum established in 2000. This museum is all about the contribution made by the United States to Allied victory in World War II. It is located in the Central Business District of New Orleans, Louisiana.

The Museum of Modern Art 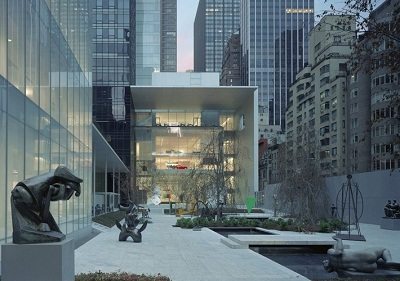 The Museum of Modern Art

The Museum of Modern Art also widely known as MOMA is an art museum that was founded around 1929. It is located in Midtown Manhattan in New York City, on 53rd Street between Fifth and Sixth Avenues. It is known for its collections of modernist art and includes the works of sculpture, drawing, painting, illustrated books, photography, prints.

At first glance, MOMA is just another museum. But if you go deeper, MOMA is a very sophisticated institution representing many of the most challenging and creative art of our times. An art laboratory, situated in the heart of Manhattan, that truly represents the aesthetic and intellectual interests across various mediums such as painting, film, sculpture, photography, media, architecture and design, prints and illustrated books, drawings, etc. 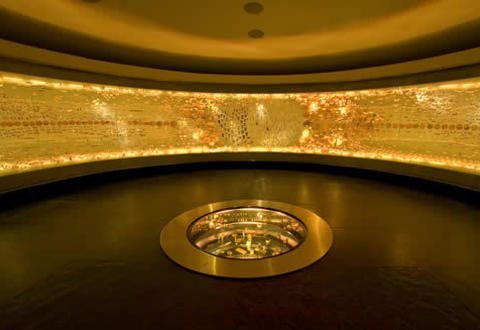 Gold Museum is also known as The Museum of Gold is a museum founded in 1939. It is located in Carrera 6 # 15-82(Parque Santander) Bogotá, Colombia. This museum hosts around 500,000 tourists per year. It contains the collections of pre-Columbian gold and other metal alloys. 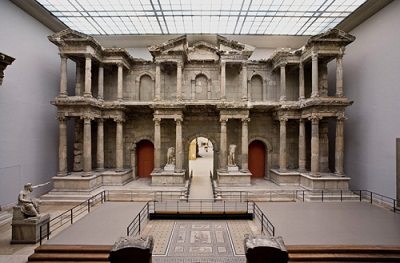 Pergamon Museum is an art museum that was founded in 1910 and the building was designed by Alfred Messel and Ludwig Hoffmann. It is located in the Museum Island in Berlin, Germany. It hosts around 5.1 million visitors every year and considered as one of the largest in the country. 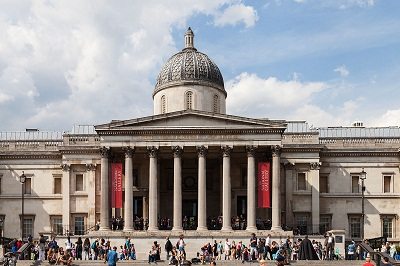 National Gallery is an art museum that was founded in 1824. This museum contains a collection of over 2,300 paintings dating from the mid-13th century to 1900. It is located on the Trafalgar Square in the City of Westminster, in Central London. It attracts around 6 million visitors every year.

The Uffizi Gallery is a prominent art museum established in 1581. It is located near Piazza Della Signoria in the Historic Centre of Florence, Tuscany, Italy. One of the largest and best-known museums in the world and holds 2.02 million visitors with a collection of priceless artworks.

Victoria and Albert Museum is the world’s largest museum of decorative arts and design which was founded in 1852. It contains around 4.5 miilion objects and receives around 4 million visitors annually. It is located in Cromwell Road, London, SW7, United Kingdom 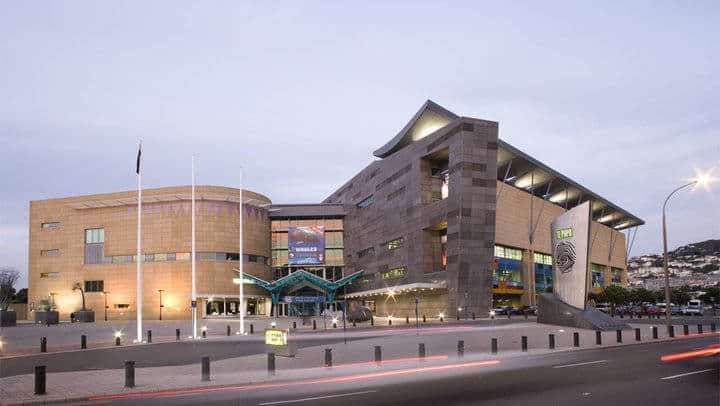 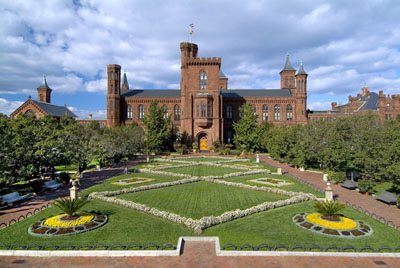 Smithsonian Institution is a group of museums and research centers which was established on August 10, 1846. It attracts thirty million annual visitors and all of them without any charge. This institution consists of more than 200 institutions and museums in 45 states. 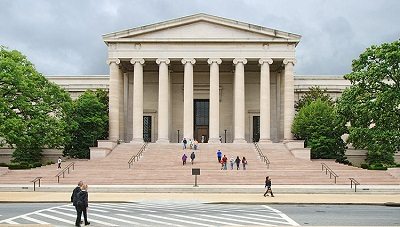 National Gallery of Art is a national art museum in Washington, D.C and was established around 1937 for the American people. This museum is located on the National Mall between 3rd and 7th Streets at Constitution Avenue NW. It hosts around 4.2 million visitors every year. 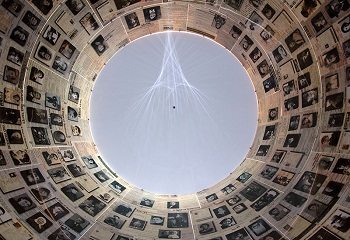 Yad Vashem is Israel’s official memorial to the victims of the Holocaust, honoring Jews. It was established in 1953 and located on the western slope of Mount Herzl. This memorial contains memorial sites such as the Children’s Memorial and the Hall of Remembrance, the Museum of Holocaust Art and sculptures. 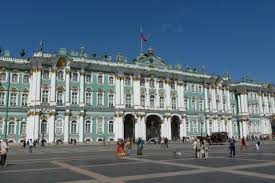 Winter Palace is located between the Palace Embankment and the Palace Square. This place was the official residence of the Russian monarchs around 1732 to 1917. This place functions both as a Museum and as a Palace.

Closing Thoughts on Best Art Museums in the World

The very first art museum, the Louvre in Paris, started a movement to educate the public about art and through art. The success of the world’s first museums has led to the establishment of art museums and galleries in nearly every town and city in the world.

END_OF_DOCUMENT_TOKEN_TO_BE_REPLACED

10 Most Famous Paintings by Pablo Picasso

END_OF_DOCUMENT_TOKEN_TO_BE_REPLACED

The main objective of Modern art was to set aside the traditions of the past and put more emphasis on experimentation with new perspect...

END_OF_DOCUMENT_TOKEN_TO_BE_REPLACED

What makes art truly great? What allows it to stand the test of time? Is it the technique the artists use? Or perhaps it’s the co...

END_OF_DOCUMENT_TOKEN_TO_BE_REPLACED

Commercial art fairs have existed for centuries, possibly as far back as the mid-15th Century at a cathedral at Pand in Antwerp where a...

END_OF_DOCUMENT_TOKEN_TO_BE_REPLACED

12 Design Events To Keep Your Ideas Fresh And Creative

Sometimes boosting creativity requires us to get out of our comfort zone and visit something new and exciting. A conference, for exa...