Often considered the century of Impressionism, much art was produced in the 19th century. Especially in France, Paris saw the artistic movement flourish and many French artists developed works influenced by Impressionism.

In no particular order, here are 7 famous French artists of the 19th century for your enjoyment. 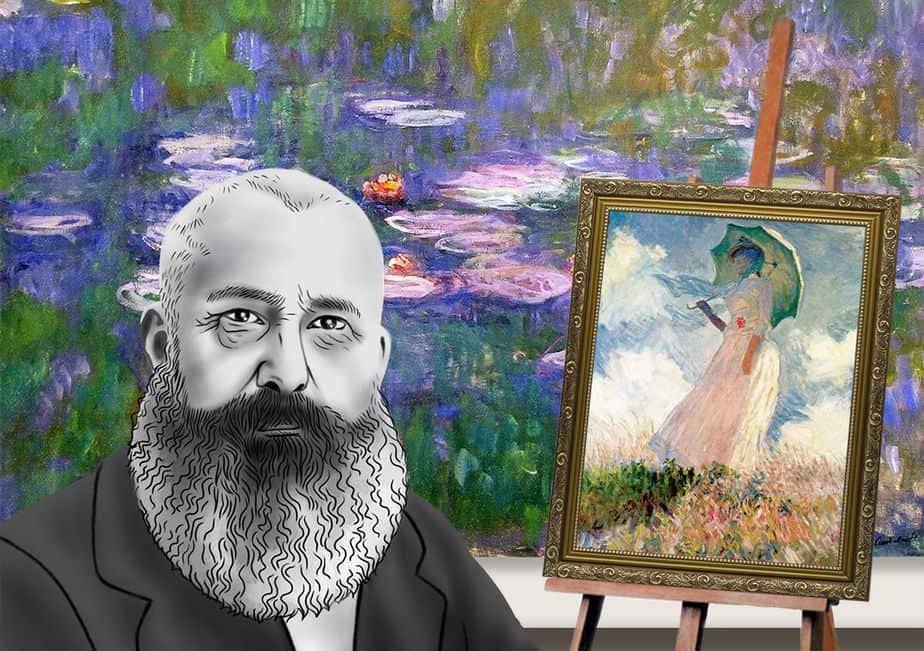 The artistic career of Claude Monet is usually defined by his many paintings of water lilies, and a list about French artists in the Impressionist age would be amiss without mention of this famous artist.

One of Monet’s famous works known as Impression, soleil levant was in fact one of the very first artworks of the 19th century to be named Impressionist. Monet was known for having an undeniable color palette and brushstroke, and when working together, his technique captured the light of his scenes in ways unseen before. This artist often considered himself to be a Realist painter, rather than an Impressionist painter. In Edgar Degas’ mind, he wanted to try and paint things how they really were, not how he perceived them to be.

All the same, many in the modern art world place Degas within the Impressionist movement, due to his loose brushstrokes and the way he utilizes light in his works. His favorite subjects for his artwork included dancers and some of his most famous paintings depict ballerinas dancing, oftentimes the brushstrokes showing the motions made.

His expression of their movements was so unique that it was able to give viewers the feeling of being in the room with the dancers he had painted. 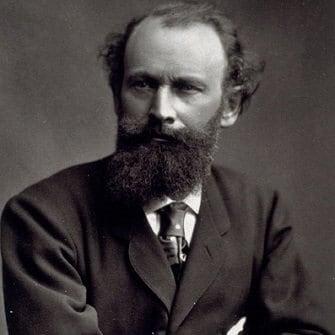 As the Realist art form gradually morphed into Impressionism, perhaps one of the most important names to assist this transition is that of Edouard Manet. He is considered to be one of the first 19th-century French artists to paint about modern French life.

As such, this subject would dominate and inspire many more of the French artists yet to come in the 19th century. Manet is well-known for his work Olympia, where his subject was one of his contemporary artists, Victorine Meurent.

The assumption at play behind the work was that she was depicted as a prostitute, fully in the nude. Quite the controversy for its time. 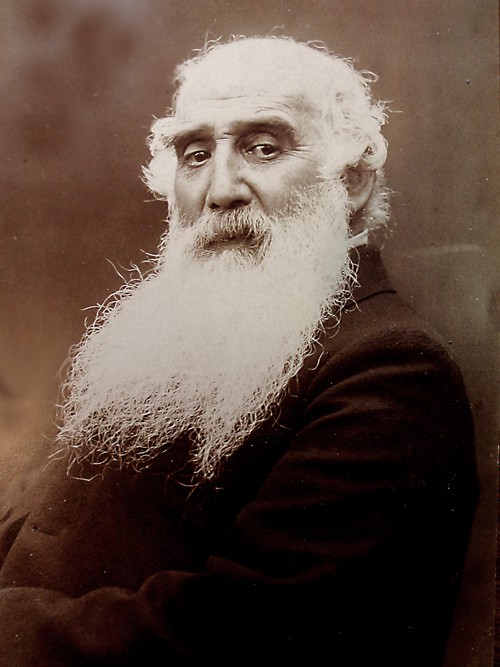 Camille Pissarro was a very talented artist and can be considered as an adherent to both the Impressionist and Post-Impressionist movements.

Throughout his artistic career, he produced a number of artistic contributions to both art forms. Pissarro’s main subject was often cities and their cityscapes, which was a subject that many Impressionists painted.

Through his works, he employed the loose brushstrokes which were so characteristic of the Impressionist movement, a technique that was criticized often when the movement first began taking root in the French art world. 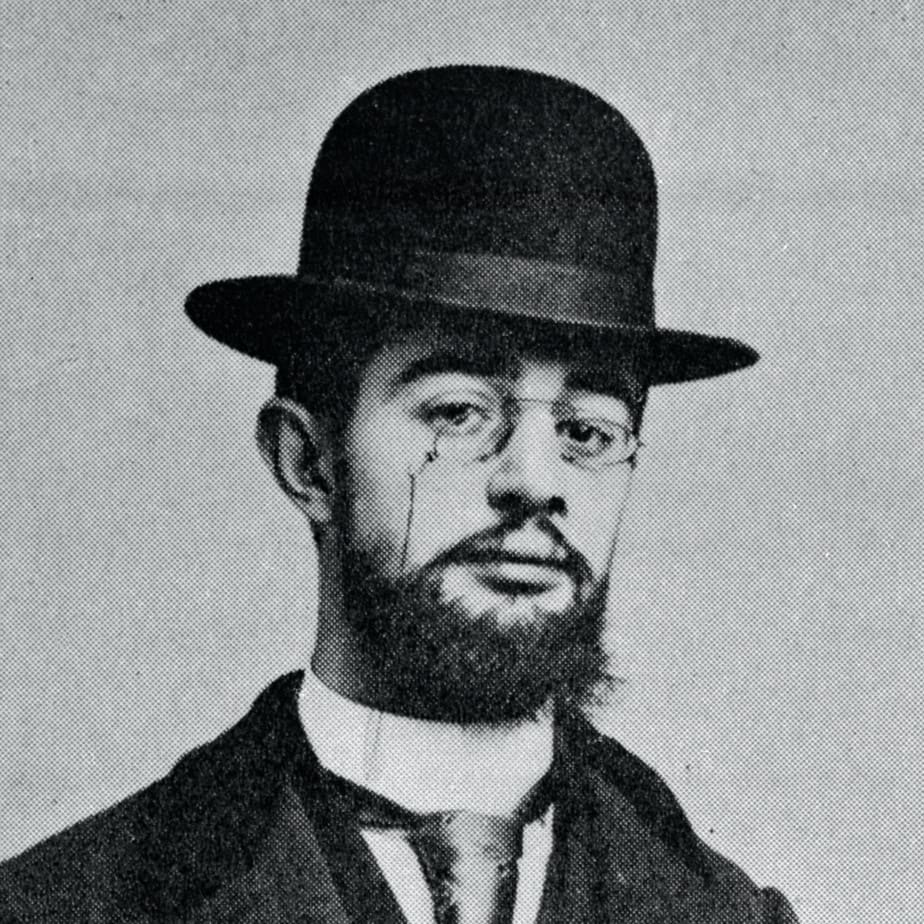 During his lifetime, Henri de Toulouse-Lautrec made quite the name for himself. Often dubbed the most famous Post-Impressionist painter, he produced many amazing works of art throughout his career.

During the 19th century in Parish, many Parisians lived quite extravagantly and Toulouse-Lautrec managed to capture this fact well through his works. His paintings sometimes made use of dark, moody colors which elicit a sense of depravity, masterfully painting groups of people.

All in all, his work captures well how it must have felt to be there in the middle of the Parisian crowds, and the energy of Parisian life. His most famous artworks are the paintings he made of the Moulin Rouge. 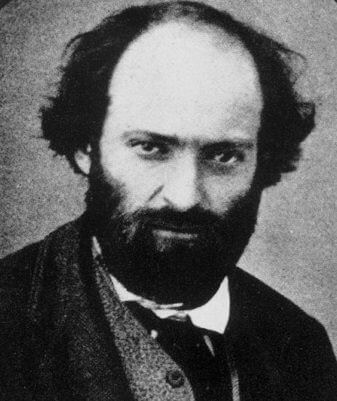 Another famous Post-Impressionist painter, Paul Cezanne produced many famous still-life paintings. Much of his art is derived from studying a single everyday object with such intense focus and then painting his artistic expression of it.

His work contains very distinctive techniques and in his day and age, much of his work was unfairly criticized. He wasn’t alone – such criticism was likewise leveled towards many of his contemporaries.

Since then, his works have inspired the art of many an artist, both in the 19th century and beyond. 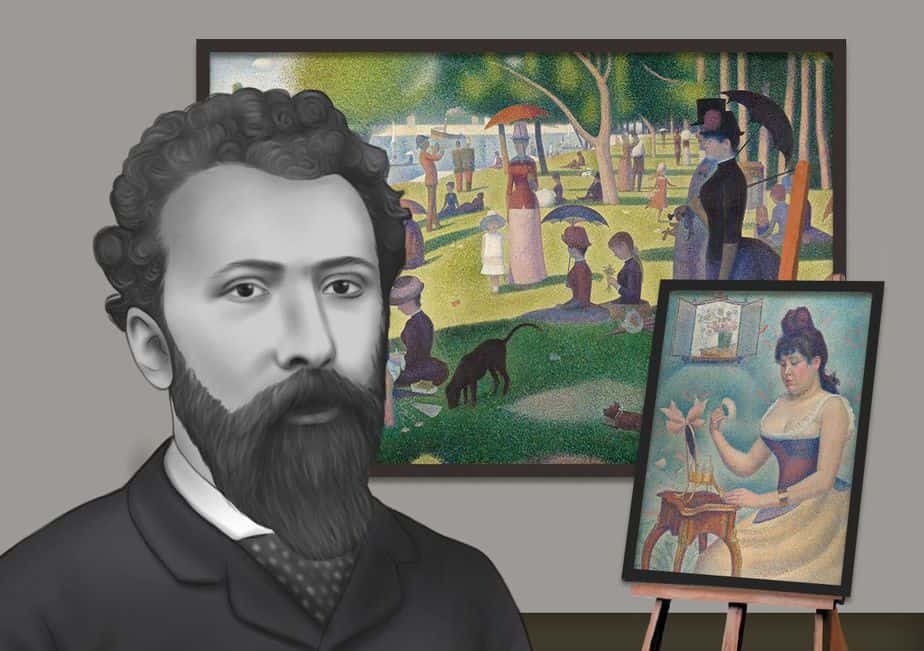 Georges Seurat was one of the most scientific artists of the 19th century, where his new and exciting approaches to color theories were an impressive thing for the art community.

Rather than making a mix of pigments, Seurat painted pure and unadulterated colors onto his canvasses, where the reliance of the piece was on the viewer’s vision to distinguish between the forms and the colors of the work.

The name of this technique was pointillism. In his most famous piece, A Sunday Afternoon on the Island of La Grande Jatte, the color palette seems different when you view it up close to when you view it from afar. This effect is the rods and cones in the eye of the beholder doing their work.

There are indeed many famous artists of the 19th century, many more who didn’t make this list. Some of the most famous Impressionist and Post-Impressionist works came about as a result of the Parisian art movements and have provided inspiration for countless artists since.

The works of these famous French artists of the 19th century are impressive. It’s clear that the art of the 21st century would no doubt be lacking were it not for the amazing and talented artists who came before us and led the way in all shapes and forms of art.