Are titles mandatory for classic paintings?

Can title-less paintings stand the test of time?

Claude Monet didn’t bother assigning titles to his paintings; he considered himself satisfied with brief descriptions, content to leave it at a terse ”view of the village.”

Thirsty for clarity, his contemporaries scratched their heads at Monet’s deficiency of titles.

As Renoir prepared the catalog for the first avant-garde exhibit in 1874, he asked Claude Monet what he should call a painting of a sunrise.

Monet made his snarky comeback: Just call it an impression.

And thus Monet’s painting was recorded as an “Impression, Sunrise.” 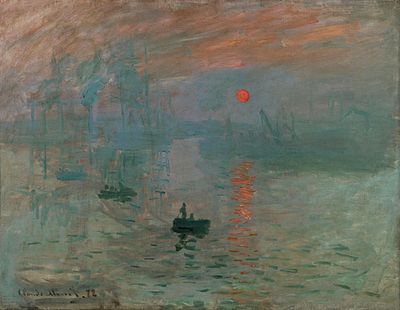 Despite some ire, critics joked about its conciseness.

Art critic Louis Leroy offered a scathing critique: “I was just telling myself that, since I was impressed, there had to be some impression in it, and what freedom, what ease of workman ship! Wallpaper in its embryonic state is more finished than that.” 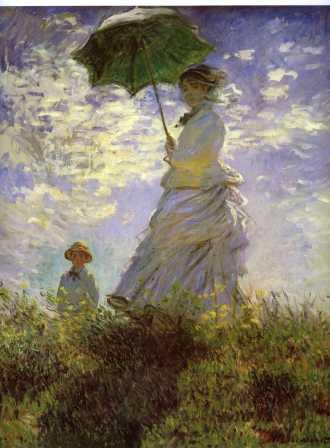 Woman with a Parasol by Claude Monet

Monet’s contemporaries criticized and mocked his style, alleging he lacked detail and resembled finished paintings. But the artist was unfazed.

Monet embraced his inherent impressionism and the poignant brevity of his art subjects, for it captured his ambition: record an “impression” of an instant in time.

Precocious Prodigy: From the military, to master artist

The son of a shop owner from the French port city of Le Havre, Oscar-Claude Monet occupied his childhood by creating clever caricatures. 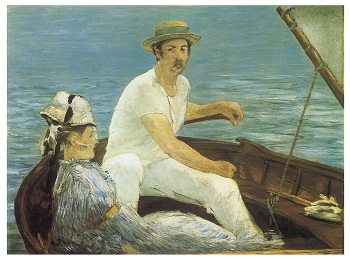 Defying social expectations, he quit school at age seventeen, earning a decent living off his drawings, saving 2,000 francs to invest in his artistic career.

At 19, he found himself in Paris, where he spent two years studying before being summoned for military service.

Despite not being academically-inclined, he enlisted in a crack cavalry regiment training in Algeria. But within a year, a bout of typhoid sent him home. 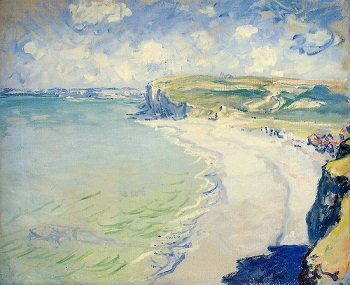 In 1862, Monet was back in Paris, this time at the Academy of Charles Gleyre, a man of traditional painting methods, none of which satisfied Monet’s heart for ingenuity.

So Monet set out to find his own groove. He dedicated himself to en Plein air (“Plein air painting”), conducting his work outdoors in the sunny heat and breezy coolness of nature, and sought to develop his own panache, untethered by Gleyre’s instructional convention.

Though Plein air painting had its risks, Monet learned the hard way when a stray discus injured his leg and left him bedridden.

Claude Monet’s paintings carried this unique personality of reflecting an honest reflection of nature. While engaged in his Paris studies, Monet charmed infatuated female models with his attractive features, well-cut clothes, and fashionable lace cuffs. Naturally, they pined after the artist.

Alas, the artist had different tastes in women.

“I only sleep with duchesses or maids.

Anything in between turns me right off.”

In autumn 1890, Monet used the haystacks in a local field to encapsulate a motif: the ”envelope” of light and atmosphere.

There are haystacks veiled in pale winter light, haystacks hazed in spring fog, and haystacks shining in summer sunsets. When exhibited in May 1891, the paintings dramatically awed his audience, swept up in Monet’s vision.

Monet would carry multiple canvases, scrawling the time of day on their back.

If he was the imitator—the impressionist—of the feature of the time, like the miasma of dusk and dawn, the blaze of summer sunlight, the decay of leaves in fall, or the lush growth of lawn grass in the spring, then he had to keep track of the day. 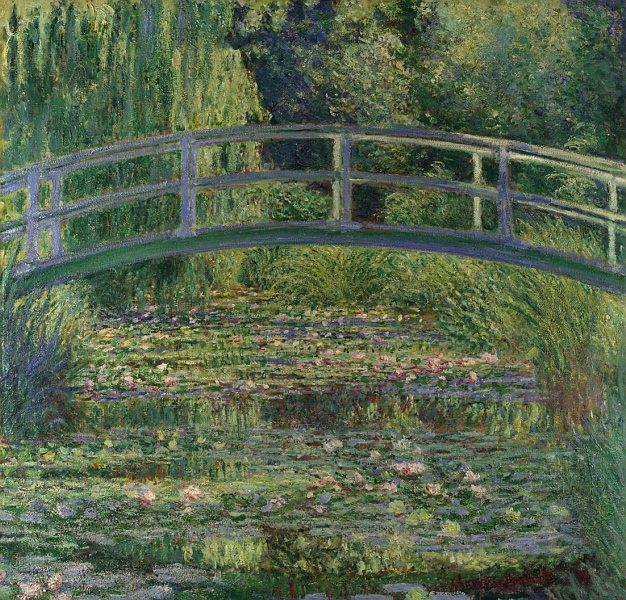 The result was 25 finished paintings encompassing time and the rotational wheel of the seasons and stages of a day. These paintings were remembered beyond his death.

With every brushstroke, Monet had transcended time.

Conclusion: An artist of nature

Passionate about documenting the intimate French countryside, Monet painting the same outdoor scenery many times in order to capture the dance of light and the ephemeral passages of the seasons.

In an era before the advent of cameras, he captured nature as it appeared to him at the moment, experimenting with the interchangeable nature of light and shadow.

Despite the accusations of repetitious reproduction of simple visuals, the routine helped Monet discover more than one angle of nature’s light to shine on one image.

Claude Monet’s paintings did not require titles. He let nature in his work speak for itself.

END_OF_DOCUMENT_TOKEN_TO_BE_REPLACED

Top Iconic Works from the Era of Impressionism