Henri Matisse, The Beast on the Loose

According to Matisse’s artistic enemies, he was a “raging animal” mocking their comfortable realism with bright colors and unconventional forms. Henri Matisse paintings always carried a personality of an unconventional artist

In later years, visitors to his home and studio were surprised to find a mild-mannered gentleman in spectacles and a well-tailored suit. The maniac he was labeled as had never existed, but perhaps it was his creative intensity that was mistakenly perceived as insanity. The challenge, then, was to utilize this passion as a means to achieve the serenity he really wanted out of life. 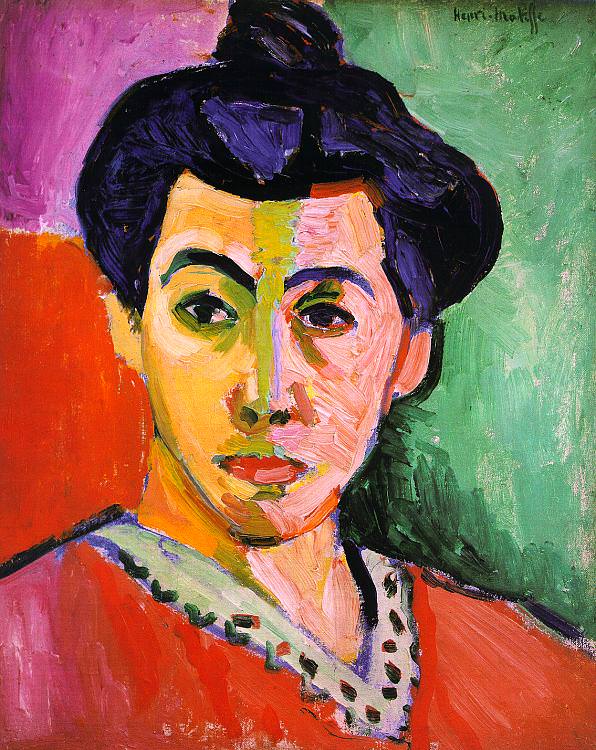 It’s been said that from the moment he held a box of colors in his hand, Matisse knew he was destined to be an artist. After his first attempt at copying a lithograph, he wasted no time in enrolling at a local art academy. However, his insatiable creative appetite would not allow him to stop there – after a long and arduous battle with his father, Henri Matisse arrived in Paris in October, 1891.

After years of struggling to find his authentic voice as a painter, Matisse finally experienced a breakthrough with his 1905 portrait of Amelie. 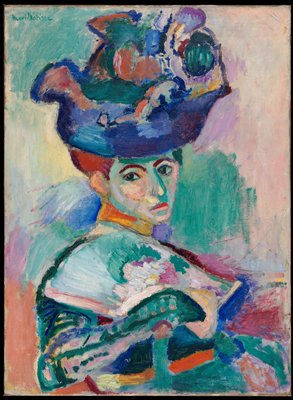 Depicted in a soft pink dress rendered with blocks of lavender and sienna, the subject’s face and clothing also contained strokes of green in contrast to these warm tones. Rather than an accurate representation of Amelie’s face, or a metaphorical statement suggesting some kind of jealousy in her expression, the artist’s use of an inaccurate color was an attempt at utilizing the complementary relationship of red and green. As opposites on the color wheel, the two pigments produce a jarring contrast when placed next to each other in a composition.

There are always flowers for those who want to see them.

Matisse was fascinated by this interaction of color  and saw the opportunity to achieve a new kind of harmony in his work.

Unfortunately, his audience failed to see the genius in this unconventional innovation. At the Salon d’Automne that year, the portrait was placed next to an academic sculpture that had been dubbed “a Donatello among the wild beasts”, scornfully dismissing the early Impressionist’s freedom of color and its application on the canvas.

Origins of Modern Art, how it differs from contemporary art?

Like wildfire, the comment spread, and reviews soon depicted Matisse as a talentless brute attempting to negate the understood artistic conventions of his time. He began to despair, sure that he had made a mistake in his attempt to capture harmony through contrasting colors. But through the saving grace of daring collectors and the support of other avant-garde artists, Matisse was able to push through these feelings of doubt and continue growing as a painter. 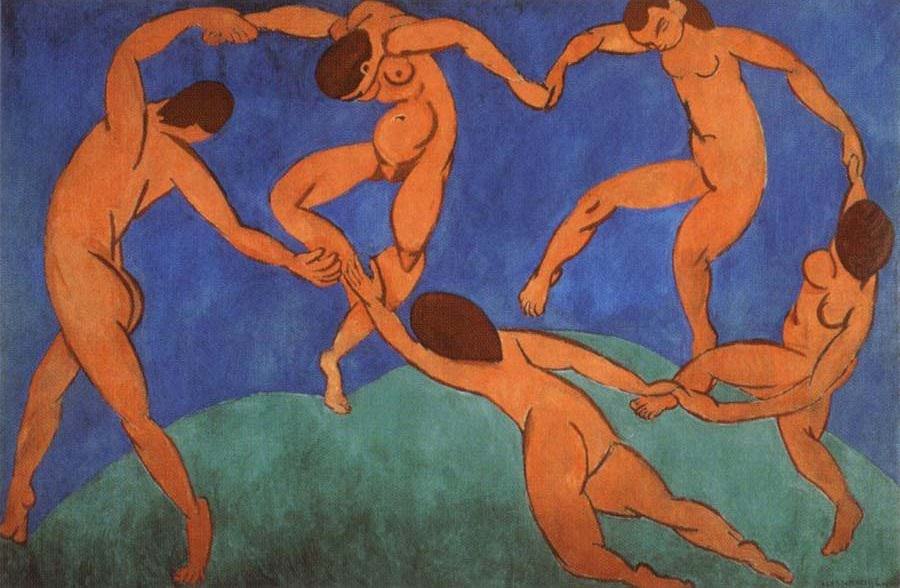 The Dance by Henri Matisse

In one of his most famous works, titled “The Dance”, Henri drew on the memory of Catalan fisherman he had once seen dancing on the Mediterranean coast.

The bright red figures holding hands, twirling and swaying against a sharp blue-green horizon in the background. The simplicity of its composition and the five sinewy bodies in motion captures a primal energy, the colors pulsing against one another.

It has bothered me all my life that I do not paint like everybody else.

Critics called his painting bestial and primitive, and its commissioner nearly backed out of the deal.

Some hundred years later, “The Dance” is one of Matisse’s most recognizable works. He is now regarded as one of art history’s most influential pioneers of Modernism and a pivotal member of the Impressionist movement in painting.

His dedication to the free use of color and the refusal to adhere to his time period’s artistic conventions immortalize Henri Matisse not as an untamed beast, but the unsung hero of any creative soul who’s been told their work is too different to be good.

Sacred Profanity and the Eternal Flame

Henri Matisse is one of many solar flares in the narrative of art history who was underappreciated for his entire life.

Who knows how many creative careers have been cut short, due to the difference of opinion that places value on the work of some artists and condemns the attempts of others. In such cases, it is only the passion of the artist that makes his or her creative process worth such trouble.

Toward the end of his life, Matisse longed to create something monumental that would serve as his legacy. He was profoundly disappointed when nobody asked him to design a state building or museum, as was his dream.

When the opportunity arose to create the Rosaria Chapel, Matisse wasted no time in accepting the commission. This was to the surprise of his friends, who knew him as a steadfast atheist.

A baffled Pablo Picasso inquired, “Why not paint a brothel, Matisse?” To which the artist replied, “No one asked me to.”

Read about the origins of Fauvism and Expressionism

Tags:
abstract, aesthetic, expressionism, Modern Art
Newer Color Psychology: Why We Love Some and Hate Others?
Back to list
Older 25 Paintings Around the Theme of Women in Art

END_OF_DOCUMENT_TOKEN_TO_BE_REPLACED

Modern painting as we know it officially began in the 19th century, where the advent of cameras and photography and our abilities to ca...