This Snake Charmer Is Amazing, Truly A Masterpiece In Naive Art

“Naive” is far from the loveliest word, and it’s rarely a term we would willingly take to describe ourselves or our work. It’s an insult, right? It means you aren’t sophisticated, that you lack the experience to sit at the grownups’ table. At least, that’s the basis for the controversy behind the label of “naive art,” a term referring to art created by those with little­-to-­no professional training and those relying primarily on bright colors and simple shapes.

But maybe we should stop worrying and learn to love the “naive”.[quote_colored name=”” icon_quote=”no”]Is it not more remarkable when a natural talent emerges from nothingness to produce a work of art with an organic honesty that might have been wiped out by years of training in established structures, conventions, and accepted wisdom? [/quote_colored]

Maybe the first time someone said it, they said it with a sneer, but that person was almost certainly an established artist or critic who might have felt threatened by a raw talent from an unlikely place.

One such unlikely place was a tax collector’s office in Paris, and its unlikely talent came in the form of a Laval­born son of a plumber named Henri Rousseau. The majority of Rousseau’s life is somewhat cloudy, and with good reason—it is wholly unexceptional. After graduating high school with merely passable grades,

Rousseau worked for a while as a lawyer’s assistant before deciding to trade in his briefcase for a gun as a member of the French army. His father’s death put an end to any military aspirations, as Rousseau moved back to his hometown to care for his mother, eventually finding himself in a government position as a toll collector. At this point, Rousseau is a few years past forty, married, father of several children, and moderately successful in a comfortable job. 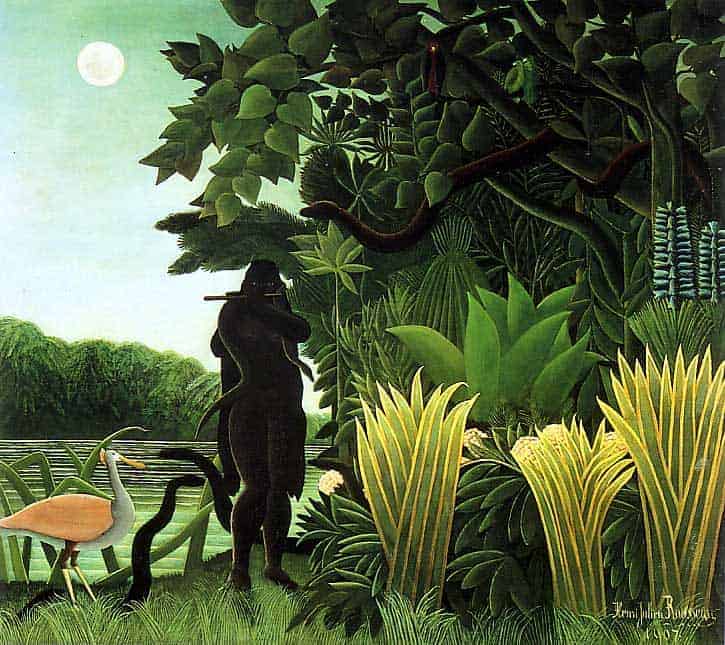 Respectable, sure, but remarkable? Not by a long shot. It was during this time that Rousseau began to commit himself to the one subject where he had shown exceptional talent as a student—art. At the age of 49, he left his day job and dedicated himself fully to creating art. Maybe it makes for a better story to say that his work was unappreciated in his lifetime—and certainly, he attracted more than his fair share of critics and found limited financial success—but to claim as much is to ignore several renowned supporters that he earned during his lifetime. Chief among them is the great Pablo Picasso, whose immediate recognition of Rousseau’s talent compelled him to host a banquet in the former toll collector’s honor. 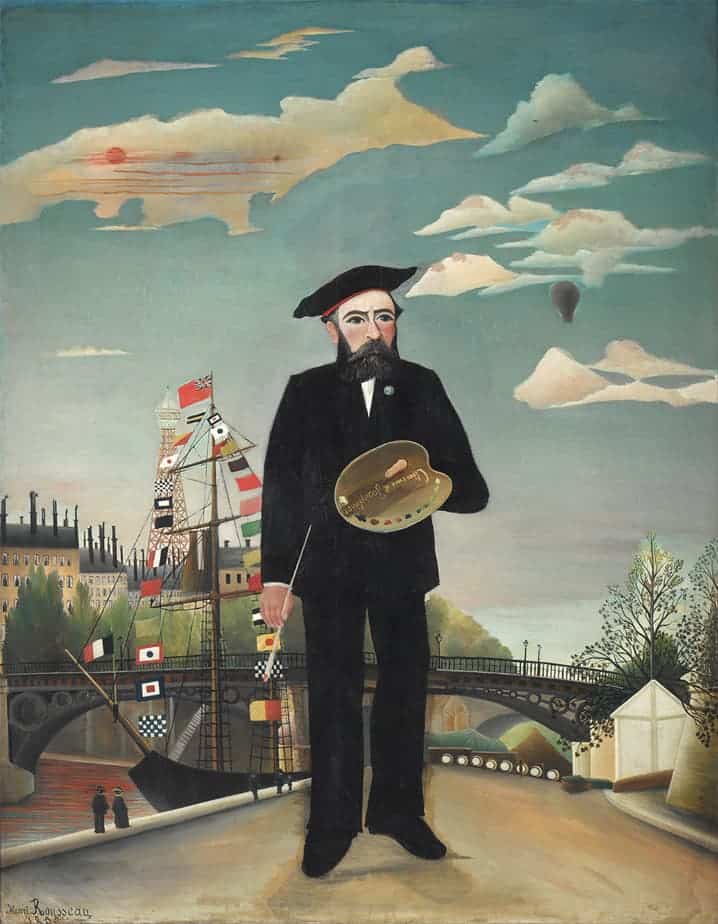 The Snake Charmer, pictured here, is a testament to the attention Rousseau received from prominent artists during his time. Commissioned by the mother of experimental French artist Robert Delaunay in 1907, one year prior to the banquet with Picasso and three years before Rousseau’s death,[quote_colored name=”” icon_quote=”no”] The Snake Charmer is a dream­like depiction of mysterious human and animal forms in a jungle scene. [/quote_colored]The piece’s reliance on dark, subdued colors relegates its subjects to shadows in the background, giving the piece a frightful, exotic feel. This focus on feeling over precision in naive art genre is what makes Rousseau’s frequent jungle depictions so evocative, though it is now believed that he lived his entire life in France and never saw a jungle with his own eyes. The Snake Charmer is an especially strong example of what made the naive art style so controversial during Rousseau’s time—abstract yet meticulous, childlike but sophisticated in a way of its own. 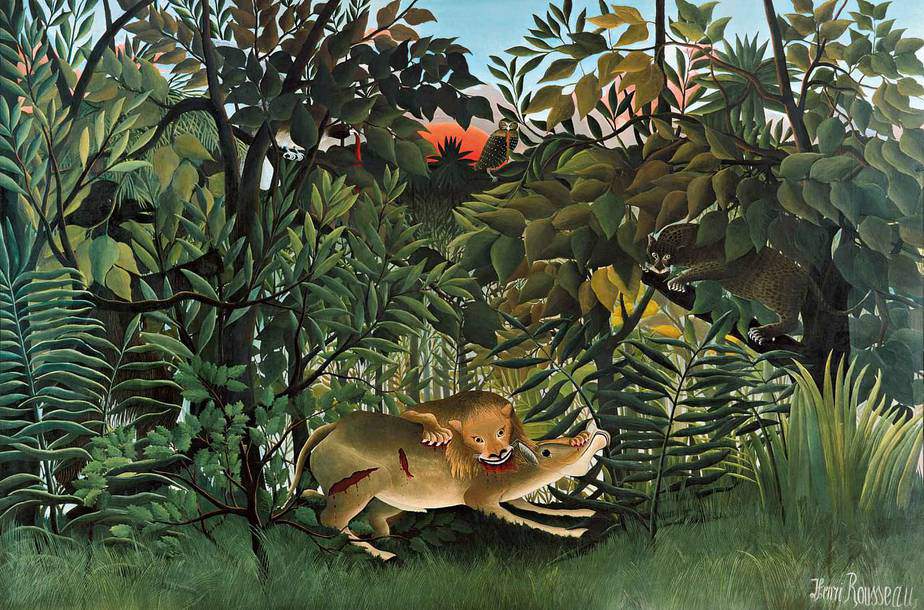 The Hungry Lion Throws Itself on the Antelope

Though beloved by many artists during his lifetime, wide acceptance of Rousseau as an avant­garde master did not occur until after his death in 1910. The flat, fantastical depictions seen in naive art works such as The Snake Charmer, The Hungry Lion Throws Itself on the Antelope (1905), The Sleeping Gypsy and The Dream (1910) have influenced artists and writers as varied as Sylvia Plath and Joni Mitchell, and his unlikely rise to fame continues to inspire us all to this day.

[quote_colored name=”” icon_quote=”no”]In every common person there is the potential for greatness—greatness which may be criticized, called primitive and unsophisticated, but can be developed only through determination and perfecting one’s craft. [/quote_colored]

If being “naive” puts you in the company of greats such as Rousseau, consider that it may not be such a bad thing after all. As stated above, we must stop worrying and learn to love the naive. Is it truly remarkable when a natural talent emerges from nothingness to produce a work of passion with an organic honesty and enters into the world of greatness!