Some street artists might unapologetically say that street art is the greatest art movement of our time and others could care less what the art community thinks. It’s not for the gallery – it’s for the masses – to entertain, to move, to bring about thought and change.

Either way, it likely is the most provocative movement of our time. Whether the art is whimsical, or if it grounds itself in anger, images of the art go viral or are seen offline in person by thousands daily. Its messages of beauty or of truth reach people of all demographics.

The meanings and messages it leaves behind are thought bending.

Using iconic imagery that is often recognizable regardless of language, the street artist is able to speak his opinions and solutions to a global audience, making this a rapidly advancing form of art the world over. Fans of particular artists have made a movement of uploading pictures of the artist’s work on social media as he trips around the world leaving his mark in several countries. In the case of mobile street art – such as on trains and vehicles – the art itself travels. Major print and television media outlets follow high profile or subversive street artists and broadcast their art to large audiences.

Street art isn’t limited to the street itself. It grows up and around walls, on the sides of buses and subway cars, the trunks of trees, and even on traffic signs and lights. Any kind of outdoor public medium can be morphed to express a message through the artist’s vision.

[quote_colored name=”” icon_quote=”no”]A lot of street art has an obvious, or sometimes very subtle, anti-establishment hint in it. The very mediums it uses, owned by states or corporations, are protected by law from the artist but are used without regard or in spite of it. That illegality is often a part of the message.[/quote_colored]

For millennia, people have been desecrating public buildings and spaces with their written or drawn opinions of authority figures, celebrities, and even their own friends and lovers. Archaeologists have found Roman inscriptions that mirror what’s written on the wall in our modern bathrooms. 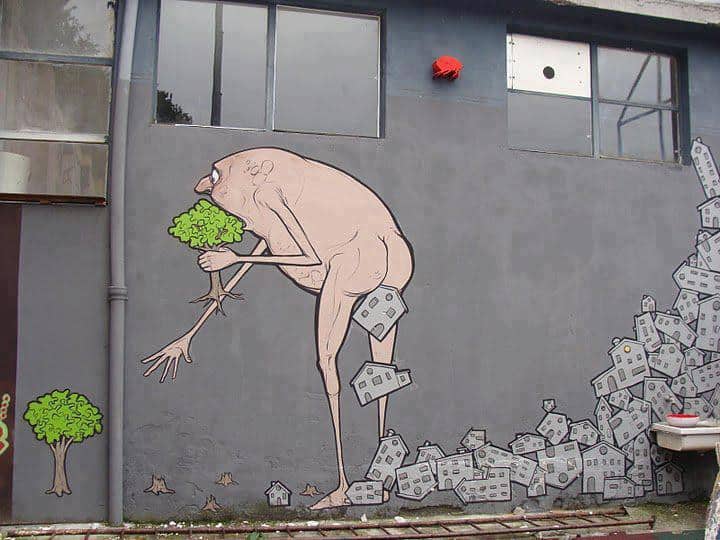 In more recent ,mmtimes, the hobos of the early 20th century made a language of images and symbols to communicate with each other. This language was most often found on trains, in rail yards, and on buildings near train tracks. It was from this that modern Graffiti was born.

Graffiti is, according to art historians, the direct predecessor of street art. In the 1950s and early 60s, subversive youth took the train car hobo’s medium and began to use it to relay their own messages, opinions, and to establish group territories. By the mid 60’s, an element arose that began to evolve a movement through it to speak about the current political and social turmoil of the time. Often the art spread anti-establishment messages through comic and satirical images.

Since the 1960s, street artists have grown in their passion and the resulting work has bloomed in its visual aesthetics. Early graffiti was limited to three or four basic colors of spray paint and had to be executed quickly to avoid the authorities. Modern street artists use an array of colors – or even gray scale – and don’t always limit themselves to spray paint.

Street art is so much a part of its environment that it not only becomes a part of the city landscape, but is born out of it symbolically and in its composition. The meaning of the work is often anchored in the place it is found in, as a commentary on the social balance of a neighbourhood or business district. The lines, angles, and brushstrokes form naturally around or in concert with the objects they are made on. 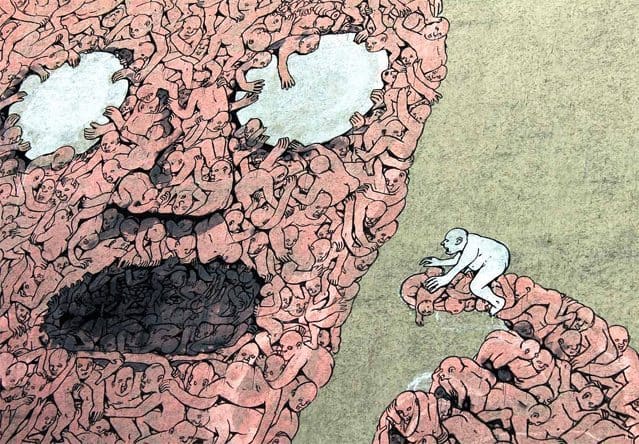 A crack in a wall becomes a river of division in a painting visualizing the separation of rich and poor, a crumbling wall is filled in with Lego bricks, or a natural vine or bush becomes the hair on a portrait painted on the wall beneath it.

[quote_colored name=”” icon_quote=”no”]Outside of the symbolic meaning of a piece, the art adds beauty or comic relief to areas of a city that are often either cold and characterless, or poor and unmaintained. By providing a visual break from the reality of depressed neighbourhoods or depressing industrial and business areas, street art gives its audience a moment of amusement, reflection, or validation.[/quote_colored]

The sudden appearance of some street art can even bring about change by spurring action in a society that has grown complacent, or by calling for a change of perspective from an establishment such as the government or a business that hasn’t recognised or acknowledged the needs of the people. Street art also inspires people to beautify the environment and draws in people that might not otherwise visit the area. This can lead to economic shift and cultural change.

A subset of street artists like to hide their art in secret places. This could be as simple as painting a piece on a staircase that can only be seen from one angle to as difficult as gaining access to the basement of a long abandoned factory. The artist himself gets a taste of forbidden thrill and the subsequent explorer gets the ultimate reward of visual treasure.

Rather than falling back on the taste and judgement of a gallery or museum curator, the art explorer becomes a participant in the culture of street art, taking the active role of seeking and discovery upon herself.

Street art connects with everyone

Coming off the back of postmodernism, street artists have the ability to influence thought and restructure ideals without the limits of space and material. It lacks the desperate need to be heard and pretentious intellectual exclusivity of prior art movements. Street art can communicate ideas in an original piece that another artist may respond to or expand on with another nearby work or an addition to the one already existing. Public spaces grow and change and so then does the art on them. New artists respond to the change so that street art is ever evolving. A single piece of street art can grow in any endless direction, both metaphorically and physically. 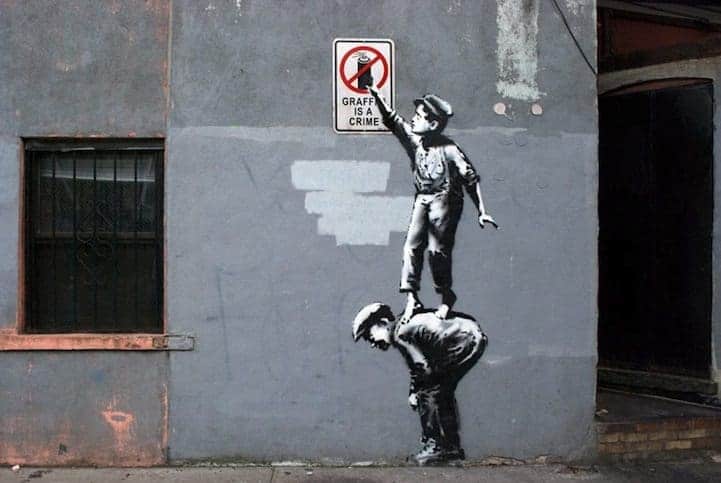 This freedom allowed the artist and the viewer the mental space to think about the meaning of the work and the physical space for the artist to expound on the thought or for another to respond to it. A complete visual conversation can go on and on. Puzzles, trickery, satire, hidden humor, and other mind benders are often worked into the art, making it a delight to see over and over.

Street art’s former graffiti reputation as destructive vandalism has mostly disappeared. As the art form gains the notice of the art world elite, and more importantly, the masses, there is hope of success for the artist in his life and even the immediate future.

[quote_colored name=”” icon_quote=”no”]Artists are now recording the art as they execute it and play the performance on the web, thus generating cash flow. Some street art is only viewable by inserting a credit card in a structure in the wall that covers the art work. The audience pays to play and the artwork is revealed. Yes, technology has entered into art scene [/quote_colored]

There is an argument here that paying a cover charge to view what was subversive in its infancy takes something vital away from the experience. The opposing thought would be that the great artists of the past didn’t live to reap the millions of dollars their pieces are worth now, but rather scraped by penniless until their deaths and that it is only fair for the artist to receive something back for the gifts he has given to many.

Street art has proven itself to be a true expressive art form. It is not an inferior form of political outcry nor is it the indifferent rebellion of a disaffected youth. Street art thinks, feels, and evokes thought and emotions in the people that view it with an open mind. Street art is executed with purpose and design with technique and intention. Street art heightens our experience of the visual landscape outside museum walls.

Tags:
bansky, creativity, street art
Newer 10 Paintings Around the Theme of Motherhood in Art
Back to list
Older The Powerful Legacy of Persian Art