Often, there is a debate about the difference between modern and contemporary art.  Modern art refers to art that began in the 1880s. Contemporary art describes the works of artists still living and creating artworks.

By definition, Contemporary Art refers to the work of arts made since the aftermath of World War II and is used to describe the works of artists still living and creating artworks.

The era of Contemporary works of art produced experimental works that affect a wider range of social, economic, and political issues.

This idea reflected the issues that affect the world today, which are in the form of racism, globalization, oppression, poverty, feminism among many others.

Over the last 30 years, we have witnessed a growing list of artworks that bring about awareness of the most important and urgent matters. They were all highlighted by video art, salons, object designs, graphical arts, and social media.

Contemporary Art – The Liberty and Diversity of Thoughts

As Modern art slowly evolved into Contemporary art, there came a movement known as ‘abstract expressionism’, which explores the process of creating artwork rather than just the contents and details of the painting.

Jackson Pollock, a renowned artist, made his artworks more of dripping paint and smearing across the canvas. It was more about the end product. The movement became the beginning of Contemporary art.

This change came in fully during the 1960s and the 1970s were we began to think differently about the way to create and reflect on art. Modernism art like the “abstract expressionism” was very firm on the idea of realism. And it limited the creative prowess of the artist.

Instead of beauty and form, it was now more about the concept behind it all.

The movement then took a lot of different and distinct form onwards. These were in the form of video and performance art that never belonged to galleries and traditional art spaces in the first place.

The most important aspect of contemporary art isn’t found in the physical presence of the art like the strokes and colors of your paintbrush or the glittering marble on the sculpture.

It was rather about the viewer’s visual impression of the artwork.

Through the mediums of sculptures, paintings, and performance arts, people can still be able to express themselves while communicating with the audience.

It creates a channel to the artists’ thoughts and ideas which is valuable for societal communication and harmony. One of the greatest examples to quote is Convergence by Jackson Pollock – one of the earlier works of abstract expressionism and considered as one of the best bravest action paintings ever made. 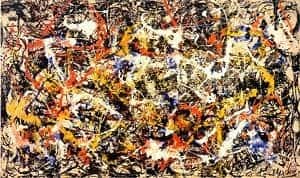 So, even for those who have little or no artistic talent in creating art, the audience can find it easier to relate to them in a better way.

Aesthetics can be a subjective term. When it comes to art, some may say that not all art is beautiful, that, in fact, it should not be beautiful, always. What is Beauty in Art?

From a subjective stance, beauty is what you make of it, what your preference is, what calls to your heart, soul and mind.

This has become the biggest benefit of Contemporary art. It has also been able to successfully evoke the viewing pleasure of the audiences. Although what is pleasing may depend on the viewer, this heavily depends on the medium or style used in creating the art.

For generations, this has been used as a major choice of decoration in both private and public places. It is, however, accessible for everyone to view, which brings about social interactions and sharing of ideas.

Art can bring about relaxation and peace of mind from negative thoughts and sometimes, anger. Art As a Therapy is an active practice to address the psychological frailties of our mind. It can also bring about the reduction of depression and anxiety because art helps people to witness and absorb what they see and then reflect on it. 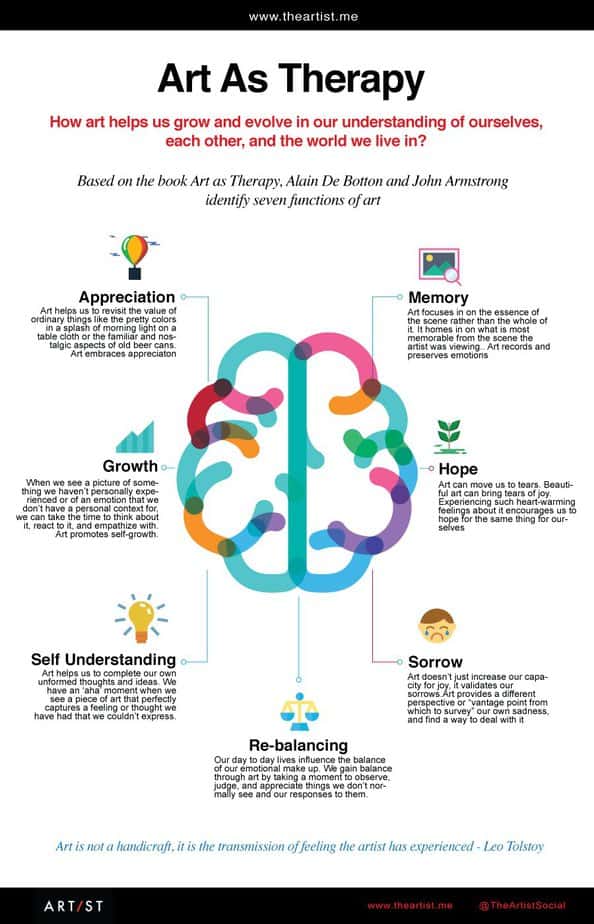 Although this might apply to different minds than others, it is still a source of inspiration with its sharp commentaries on the world’s issues. This enables the viewers changed their perception on social matters and makes them better persons in the society

Politics, social commentaries, and pop culture lead to the ability of the artist to make his or her views known to the audience. This can be done either figuratively or literally – apparently the reason why art is important.

In the form of imagery, shapes, and dialogue can also be used for a more engaging piece. A great example to quote here is Marat by Vik Muniz, produced in 2008. It eventually became part of a series called Pictures of Garbage, which recreate famous works using trash collected from the dump

Muniz’s works are considered to be politically and socially engaged art. The process of producing these works reflects the underlying propaganda calling out a powerful voice and greater representation from the marginalized segments of the society. Almost all contemporary art forms carry a lot of historical details and information which can be only seen in book store and computer searches.

Contemporary art has its own record of history as well.  These can be in the form of facts, dates, names, places, customs, dresses, feelings, language and heritage.

This can also serve as a new path to looking back and reflecting on the past and how it affects the present and the future.

Aesthetics is briefly defined as to what makes something qualified to be called art. Some contemporary artworks make people ask questions about their complexity, and this makes them doubt their significance.

According to many art critics and theorists, the artwork is to be viewed as what it is. Social actions view it as only made up of the experience and the people who witness it.

One such classic example is The Weather Project by Olafur Eliasson – As per art critics, the idea is to gratify the masses and has a subtle objective of attracting a larger audience into the museums.

With the bold effect Contemporary art has made in changing our views on aesthetics, it shows that these artists are doing their jobs well.

Since its introduction, Contemporary art has gone a long way in pushing the boundaries of art.  When the audience sees one and goes ‘is that art?’, that is the question the artist expects.

Tags:
contemporary, definition, freedom
Newer 15 Paintings Around the Theme of Nature in Art
Back to list
Older 10 Most Famous Gothic Artworks