Being one of the most creative ways of expressing human experience, we have used art as a means of telling stories. Why we make art? – We make art to tell stories.

May it be the story of a single person, of a community, or of a nation, art has in many ways contributed to the beautiful way these stories are told.

The definition of art can be multi-disciplinary.

In the same way, art can also be used to convey an experience that’s so common that many people can relate to it. Take Adolf Menzel’s The Balcony Room, for example. This piece shows a space with strong light pouring into a typical room while a breeze blows into the white curtains. 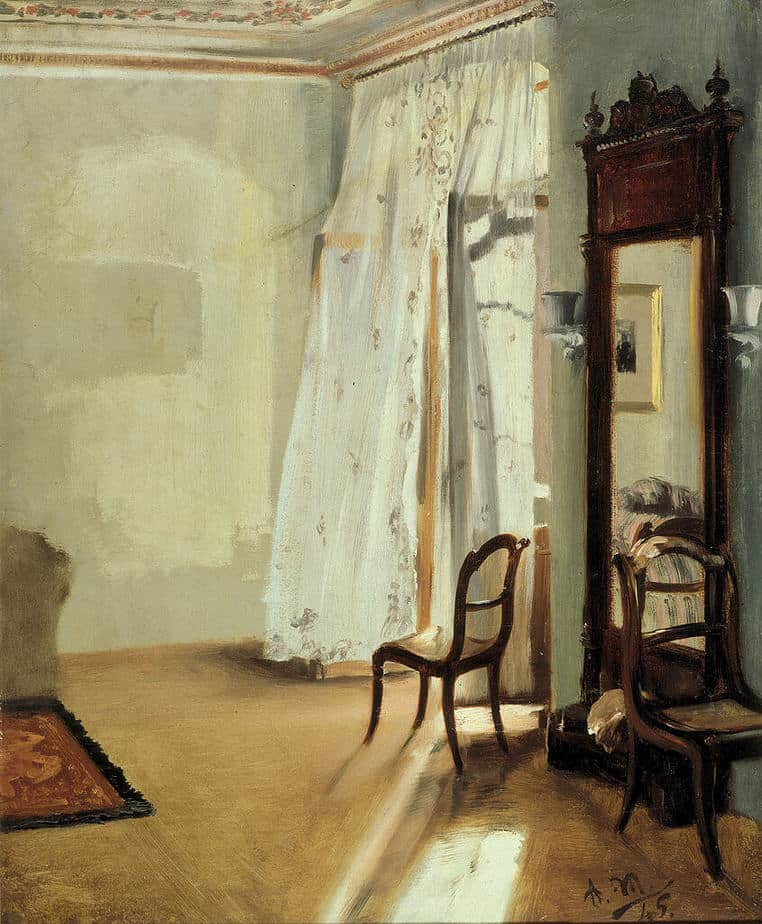 Instead of making something revolutionary or innovative, Adolf Menzel took the very common scenario – a room in an ordinary house – and turned it into a masterpiece.

Through art, Adolf was able to enhance what otherwise was a common experience and turned it into a serene, emotionally charged story that everyone can appreciate.

Why we make art?

The purposes, motivations, intentions, and inspirations behind the art are endless. Below are just some of the reasons why we make art:

To form part of a ritual, ceremony, or cultural tradition

Whether you refer to the finely crafted instruments of the different ethnic tribes in the Philippines or look at the creative mascots of different sports teams, we use art to creatively represent practices that have been part of our lives for years. 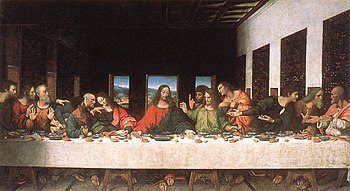 Just look at how beautiful the modern-day weddings are – every item is planned to be a work of art!

To practice faith in a more tangible way

Believing in a higher being can be a unique experience, and art is used to make those beliefs much easier to grasp and feel.

Creativity is one of the demarcating landmarks that differentiates us from animals. It is what makes us human. 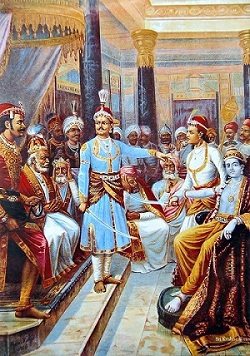 Look at how the Sistine Chapel paintings by Michelangelo or the Christ the Redeemer statue or Indian Paintings from Rajput. Just looking at these world-renowned works can strengthen or renew a person’s faith. A theme that has the most answers to – Why we make art

Another reason people make art to record a moment of the past.

More specifically called History Painting, we use art to capture the most significant scenes in history. Some notable examples include Benjamin West’s Death of Benjamin Wolfe and Jacques-Louis David’s Oath of the Horatii.

These paintings and other art forms have a special way of making history a point of interest to otherwise disinterested people.

They spark discussion, commemoration, and appreciation of important historical events.

To teach something as an alternative to verbal or written methods

The changing generations have made it much harder to attract the attention of our young learners.

The question – why we make art – is becoming less relevant these days.

With the help of art, people who would otherwise ignore books can be taught concepts more effectively using visual arts. 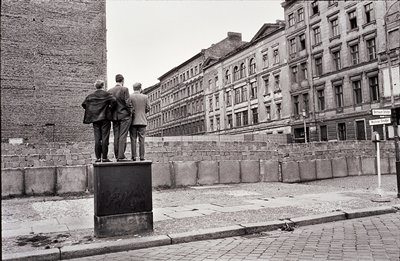 These can be seen in the form of visual Public Service Announcements and awareness campaigns in the form of films. In some cases, artists make art with great imagery that can also complement written messages

To tell a story from literature, myths, religion, and poetry

Leonardo Da Vinci’s Last Supper is one of the most famous paintings inspired by Christian history.

There are also a lot of famous paintings that depict significant parts of a famous literature. Sometimes visualizing a story is the best way to appreciate it. 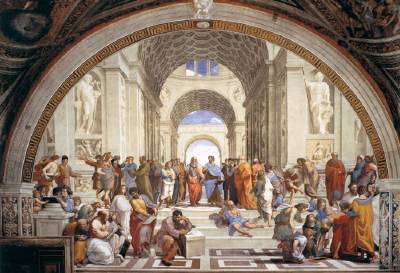 It’s not just about someone getting his or her portrait painted.

It’s about how the artist sees that person. The most famous example, of course, is Leonardo Da Vinci’s Mona Lisa, whose smile has captivated the world throughout history. There’s also Van Gogh’s portrait of Dr. Gachet, who happens to be the artist’s close friend. Read Why Is the Mona Lisa So Famous? 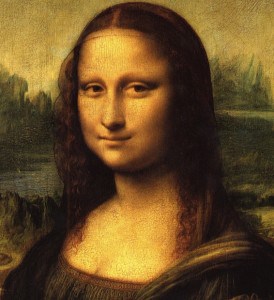 The faces of these people, their expressions, and the painting itself have the power to show you what these people mean to the artists who made them

To allow the artist to express oneself.

One of the most adopted reasons for people making art is to allow themselves to represent their thoughts and life.

When Edward Munch painted The Scream, he was thinking about the orange sky he just recently saw which, to him, it looked like nature was screaming. This is how he used art to effectively convey his idea or opinion about something. 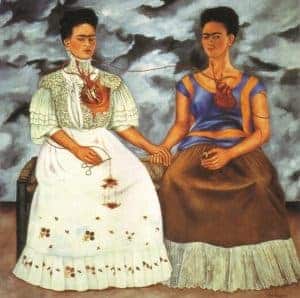 The Two Fridas by Frida Kahlo

Similarly, Frida Kahlo documented her lust for life through her deep and surreal works, and those were a true depiction of Frida’s life and thoughts

To reflect the beauty of nature, a landscape, or a city

When Vincent Van Gogh was spending time in the sanatorium, he created the view outside his window, which is now the famous Starry Night.

While beautiful scenes are sights to behold themselves, they become a new creation altogether when turned into art.

Similarly, Edward Hopper who has documented every flavor of nature in his numerous works. Most of the people make art to document nature, a landscape or a city 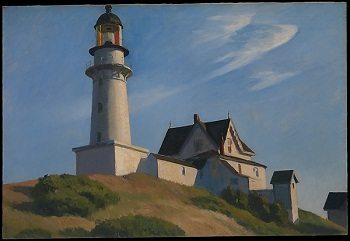 To illustrate a narrative or a diagram.

Why we make art – To teach people. Art can be quite educational too, especially when it is used not only to provide aesthetics but also serve as an aid to educational materials.

Oftentimes people make art or infographics about certain things that are much easier to understand and digest than their strictly written counterparts, making the artistic version more effective as it is appreciable. 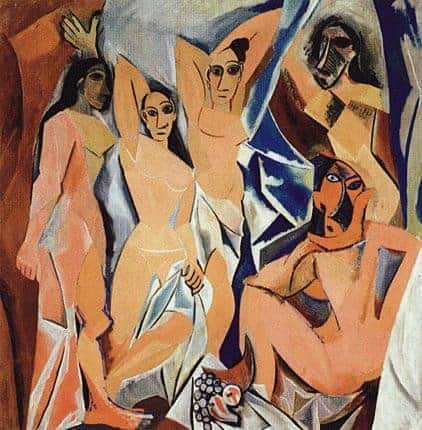 To depict reality and ideals.

Often referred to as realism and idealism, art can either be used to capture a perfectly undistorted image of reality (i.e. a natural landscape or the image of society) or portray the artist’s aspirations or ideals for those realities. 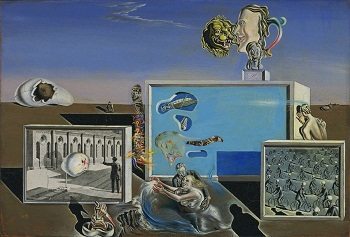 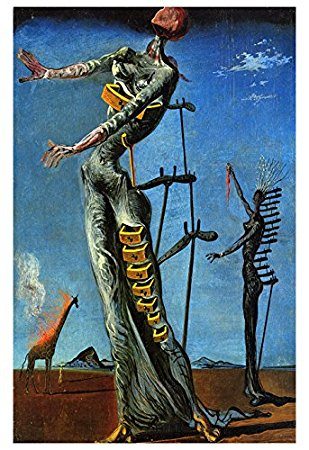 To provoke thinking and discourse.

Whether it’s a painting that dramatizes the horrors of war or a dark depiction of domestic violence, art can shock one’s senses to force a person to think deeply about a real social issue. It can spark debates and even cause revolutions. 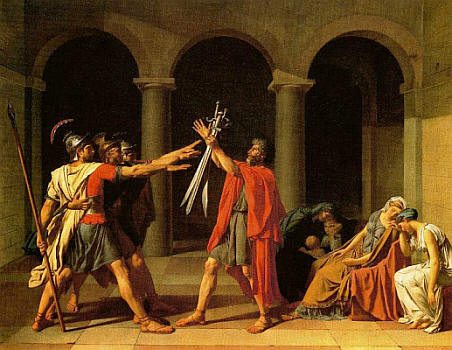 Oath of the Horatii by Jacques Louis David

To illustrate their dreams.

Perhaps one of the richest sources of inspiration is a person’s dreams.

Many notable works of the likes of William Blake and Salvador Dali have been inspired by their own dreams. Many artists gained inspiration from dreams and depicted a great level of detail. 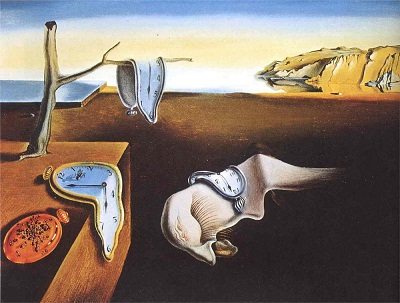 To experiment with different elements.

Sure, you’ve got your ordinary colored paint and brushes, but did you know that painters have also tried to use sand, straw, or even wood to make their creations? 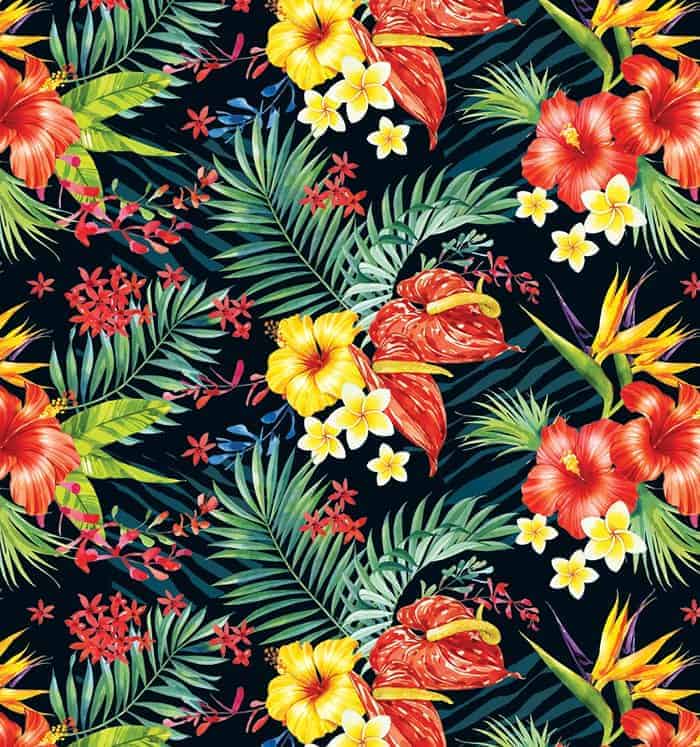 The variety in the elements also gives rise to a new artistic perspective on the same subject. For instance, a painting of a flower would look totally different, if not more intriguing when depicted in sand art.

To experiment qualities of a particular medium. 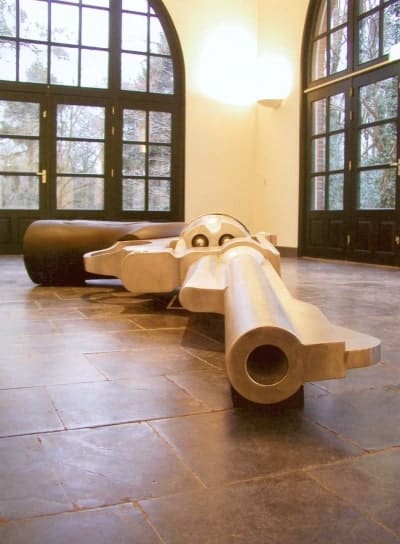 Closing thoughts – Why we make art? What motivates artists to create art?

In fact, art is the only way we can relay our experiences effectively to others.

Good stories have to be able to convey a thought, reflection, and meaning to a person who was never part of any of those experiences.

The challenge is to creatively bring together reality, imagination, medium, and technique to produce something that will make the audience feel like they are part of that story.

Tags:
aesthetic, art movement, definition, drawing, i am an artist, storytelling
Newer The Surreal World of Salvador Dali
Back to list
Older 7 Most Popular and Famous Renaissance Paintings