A long unanswered question considers whether life imitates art, or the reverse?

If life is moved by art, which it most certainly is, then museums are very important in assuring that people of every class have access to inspiration and motivation.

Museums also record a peoples’ and an artist’s experience within a timeframe and a social setting that place context on the work and help viewers to understand a piece and how it reflects the situations in which it was created.

The following ten contemporary art museums are of paramount importance in both the context of their location and in the sharing of information and art worldwide.

Art in Copenhagen is a merge of uniqueness and sophistication. Built in 1891 by artists for artists, this unique museum started off strong with exhibits by Gaugin and Van Gogh within three years of opening. 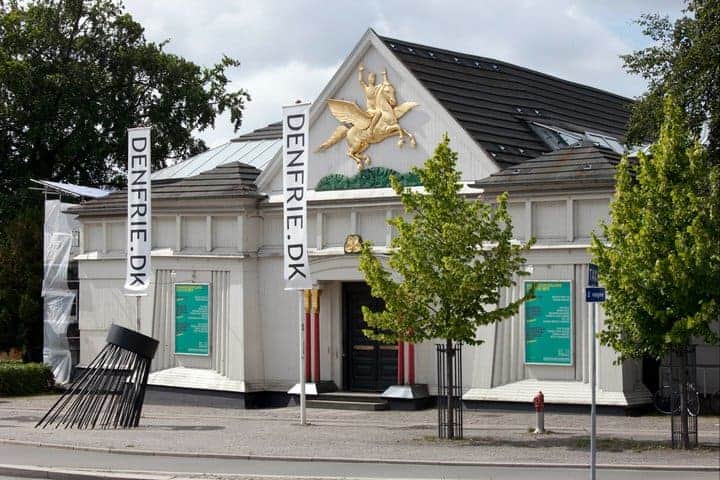 The architecture is art in and of itself, and its exhibits are curated by artists. Exhibits work to challenge the architectural space they are shown in. There is a special focus on exhibiting works by communities or groups of artists, especially in the realm of the experimental. Solo exhibitions are occasionally shown to present promising artists, young artists, or historically important artists.

Major works: The Den Frie typically runs 8 exhibitions per year. For Summer 2015 they showed the works of Peter Land from 2005 to present, highlighting theatrical tableaux that take a humorous look at the human psyche. The exhibit was called PSYCHOSOMATIC.

The MoMA – Museum of Modern Art in New York is considered one of the most influential art museums in the world and the institution most responsible for the development of modern art. 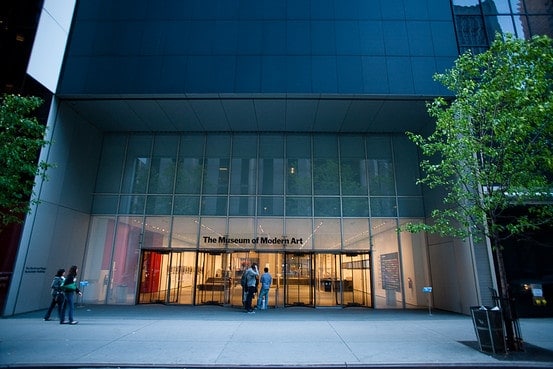 It includes one of the largest collections in the world and an additional library of nearly 350,000 pieces of books and ephemera related to the history of modern art. Started by New York socialites in the 1920s and funded by philanthropy and ticket sales, this museum was the first in America to exhibit some of the most renowned works of art in the world.

The Tate in London houses Britain’s national art collection dating back as far as 1500. With over 70,000 items in the collection, visitors can view the works of greatest artists in history for free.

The Tate Modern begins its vast collection in the era of Fauvism and moves forward to the present day. The museum is especially proud of its Turbine Hall where visitors are exposed to the works of greats such as Cezanne, Pollack, and Matisse. Turbine Hall’s massive architecture allows the museum to commission special artworks created on a large scale once a year, with the exhibition of the commissioned art lasting from October to March. 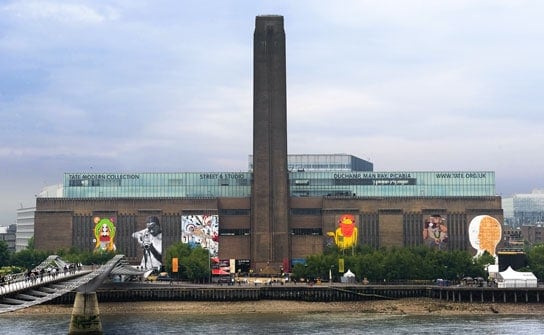 The Tate Modern begins its vast collection in the era of Fauvism and moves forward to the present day. The museum is especially proud of its Turbine Hall where visitors are exposed to the works of greats such as Cezanne, Pollack, and Matisse. Turbine Hall’s massive architecture allows the museum to commission special artworks created on a large scale once a year, with the exhibition of the commissioned art lasting from October to March.

The Bauhaus Archiv preserves the history of the Bauhaus School, its art, teaching, architecture, and design.

This place will educate you a lot with it’s exhibits and they have a very active volunteer set who can help explain each design artifacts reside in Bauhaus. 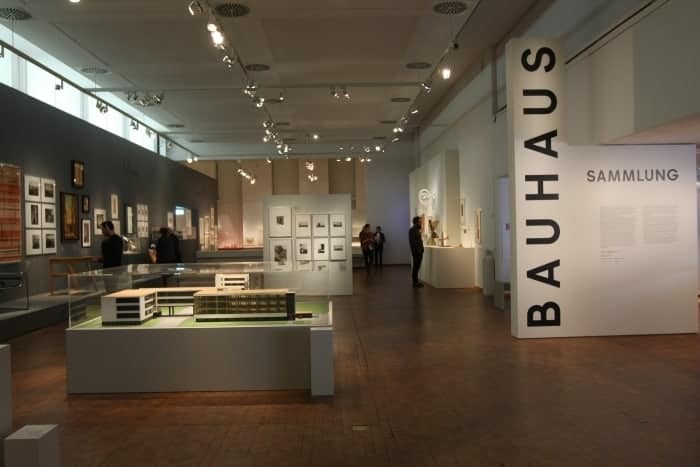 The Bauhaus school was an influential institution that shaped the focus of 20th century architecture, interior design, furniture, advertising, and art for both private and commercial enjoyment.

The museum’s collection contains teaching materials, architecture and design plans, photographs, and models. There is also a library and every year, workshops and other educational events are held at the museum or in its sculpture garden. The viewable collection can at times be limited, but each piece is an influential spark in modern design.

Many modern art museums are important for their design as well as for their collections, and the Neue is no exception. This one is our favourite, and a must visit to explore Berlin’s art experience

Ludwig Mies van der Rohe was commissioned to design the space and its adjoining gardens and this is the only building in Germany by Rohe. It is a protected monument of the State of Berlin.

The museum houses a collection of modern art, mainly of the 20th Century including Cubism, the Bauhaus, Surrealism, and Expressionism. The permanent collection is not seen in its entirety due to the limited space of the design of the building. The collection is displayed on rotation.

Brussels is the hippest city when it comes to the art arena. It is considered as the mecca of fashion, art and design

The Stedelijk Museum voor Actuele Kunst (Municipal Museum of Contemporary Art), better known as S.M.A.K., is a riotously colourful museum dedicated to eliciting thought and reaction. Visitors describe some exhibits as “shocking” or “weird”. Their permanent collection consists mostly of post-war art with a large focus on sculpture.

From exotic foods and creative art galleries to its mystical temples and art deco buildings, Shanghai has a lot to offer to every traveller out there

Housed in beautiful glass building with a rooftop café that extends the exhibition space, this museum focuses on “art for the people”, a diverse collection of art from all corners of the world and every medium from painting to textiles. Recent exhibitions  have included Art in America, Nostalgia: East Asia Contemporary Art, and exhibitions showcasing fashion, such as Chanel, and digital art from Pixar.

Major Works: The MOCA does not have a permanent collection, but exhibitions have included sculptures by Oliviero Rainaldi, paintings and poems by Li Lei, and installations by Kasama Yayoi.

This unique museum is a complex of gardens and galleries featuring the best in sculptural and other forms of contemporary art. 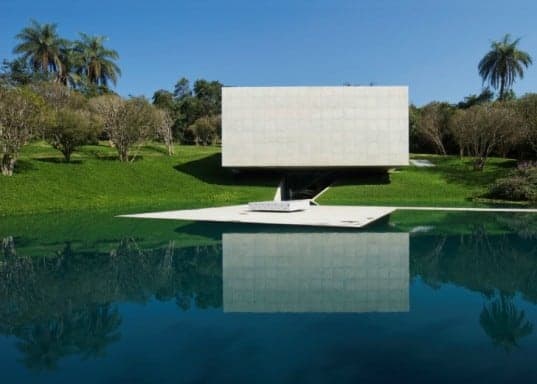 Its focus is on the spatial relationship between art and nature. Sculptures and outdoor installations are done in large scale on a backdrop of unique outdoor landscapes that give unique perspectives to each work.

“M+” stands for “Museum and More”. In addition to the usual mediums of modern art such as installation, sculpture, and painting, the M+ also exhibits video, gaming, animation, and film works.

The museum is administered by the West Kowloon Cultural District Authority, and its focus is to bring the art of architecture, design, and moving works to light. An interesting project is exhibiting via Google Cultural Institute, an online exhibition platform.

The Dogancay collection is housed in a stately townhouse in Istanbul created as a self-made museum by the artist Burhan Dogancay. Dogancay is known worldwide as an artist recording the collage nature of urban walls. His art at first appears abstract, but it is rather zoomed portions of walls he has seen and then painted or photographed.

The museum focuses mainly on his work, with some contributions from his father’s portfolio.

The very first art museum, the Louvre in Paris, started a movement to educate the public about art and through art. The success of the world’s first museums has led to the establishment of art museums and galleries in nearly every town and city in the world.

Contemporary art can be confusing and even baffling, but its importance in understanding the world and its variant cultures is demonstrated in the reactions and understanding of each individual that views it.

Tags:
art movement, contemporary
Newer Why View Of The Flower Of Greece Is Truly A Masterpiece?
Back to list
Older Interesting Facts That Make Art Fairs Entertaining And Inspiring