Off The Beaten Path : Top 8 Art and Culture Attractions in Prague

Beaches, lakes, cabin getaways—all of these are fine choices for a vacation, and you may find inspiration from any of them.

But what about a destination with a proven history of colorful artistic expression? How about a place that has not only survived the atrocities of international conflicts in the twentieth century and prior, but emerged with a stronger sense of purpose and identity?

A living history of architecture, art, and culture, Prague is a must-visit city for anyone with an eye for the sublime

The bustling capital of the Czech Republic, Prague has become one of the most visited cities in all of Europe. One among many adoring tourists, you will rapt by the splendor of the city and its history.

My short visit was far from enough to fully acquaint myself with Prague, but my time in the city was one of deeply inspiring exploration.

[quote_colored name=”” icon_quote=”no”]Now, for one who loves to go outside the usual sightseeing circuit and if you’re interested in something a little different, these top 8 art and culture attractions in Prague will definitely entice you[/quote_colored]

Before diving into the lovely architecture and breathtaking natural wonders, get a taste of where one expression of art stands at Febiofest, Prague’s annual showcase of contemporary cinema. In the festival’s twenty year history, it has hosted an impressively diverse set of films from the amateur to works by respected lifelong devotees to the medium.

A visit to this place will indulge you in the presence of challenging, genre-bending works that spoke as much to the viewpoints of the filmmakers as the culture of Prague itself.

In Prague, however, art can be found in every corner, every alleyway, every tunnel. It welcomes the visitor to explore and makes no effort to hide what makes it unique, revealing itself willingly as one navigates the clean, sensible city layout.

Though not known for its street art as much as many of its European neighbors, there are a number of gems to be found intentionally or serendipitously.

Lennon Wall is one such place. Located near Charles Bridge, its history is as striking as its present appearance. Though many nowadays are content to post their dissenting views on governmental policies on digital walls, youths of the 1990s had no such recourse and instead took to literal walls with their complaints. 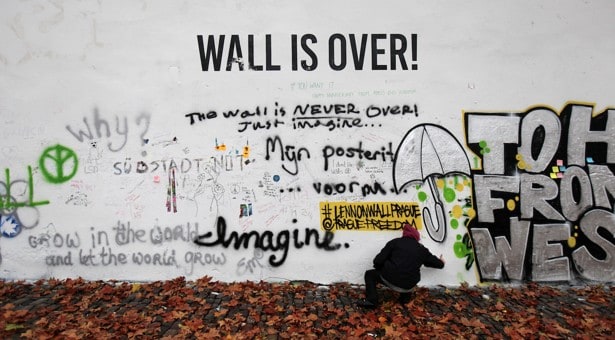 The wall had served as a place of peaceful protest in the 1980s, displaying art and lyrics referencing pacifistic John Lennon of the Beatles. In the following decade, police clashed with students as the art turned more outwardly critical of the government’s communist policies. Today it still stands as a testament to the power of art against oppressive rule.

More famous than the anonymous protestors of the Lennon Wall, the works of Pasta Oner can be found scattered throughout the city. 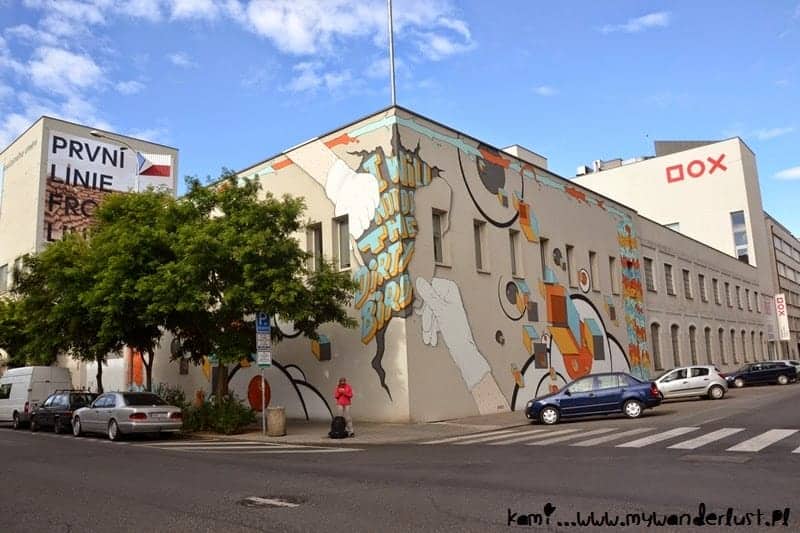 Oner has become a renowned figure within the city’s art scene and his works can be seen in areas as diverse as Dejvicka Metro Station to the up-and-coming neighborhood of Holešovice, home to the Dox Centre for Contemporary Art and widely hailed as the next area to watch for an artistic explosion.

Not far from another metro station, Palmovka, I happened upon a mural of famed Czech writer Bohumil Hrabal.

That’s the sort of city that Prague is; you stumble out of the train station and immediately find yourself face-to-face with some of the most impressive murals standing. 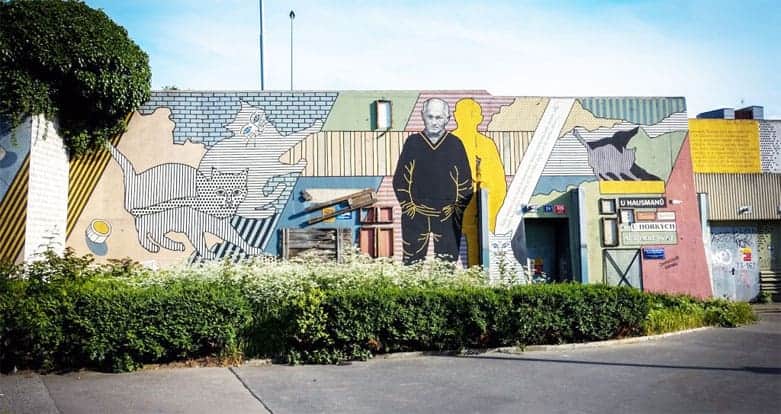 Hrabal’s works have been translated into languages spoken by worldwide audiences, so it’s no surprise that the modern-day graffiti artists would wish to pay tribute to this influential figure. In fact, the former site of the author’s home now hosts a giant mural of Hrabal and his cats, with selected quotes from his novels left by artists.

Of course, not all art is fit to be left out on the street.

While in Prague, I visited a handful of museums and galleries. One of the most impressive and yet somewhat obscure was the Seidl Museum of Photography. Nestled away in a quiet villa, it would be easy to miss this one, and yet any traveler should make the effort to stop in and witness the beauty of Prague captured in the still image.

Stepping back to take a look at the bigger picture, you’ll be surprised by the architecture of Prague.

Having survived the conflicts that destroyed many of Europe’s architectural treasures, Prague has taken great care to preserve and restore its historical sites. Buildings representing centuries of growth and beauty stand side-by-side with modern wonders, each as impressive and edifying to the eye as the next. 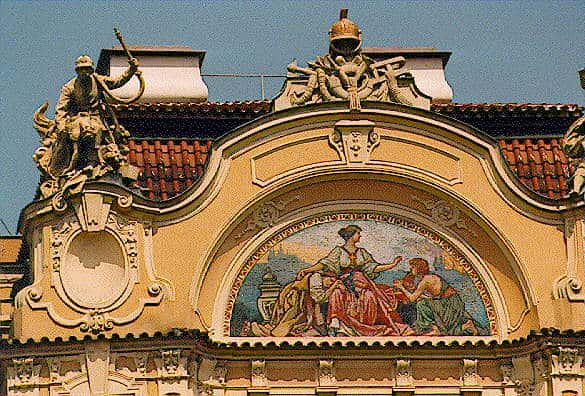 You’ll see a diverse mix of Bohemian, Rococo, Baroque and Classical style around the city, and anyone from the casual observer to a dedicated student of architecture could spend years studying the timeline of styles coexisting in the compact capital city.

Among the numerous architecture wonders, this one needs special mention – Vysehrad, a fort predating the Czech Republic by approximately 1000 years, speculated by many to be the initial settlement that would eventually blossom into what is now known as Prague.

Within the fort is the serene National Cemetery, the resting place of many of the nation’s most famous sons and daughters.

A must vist art gem in Prague. 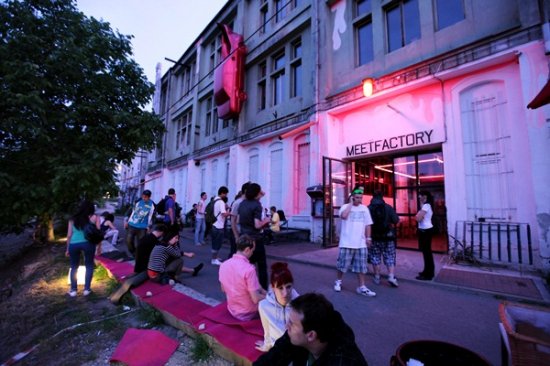 If you’re ready to venture outside the city, then try the forest of Petrin

For the traveler willing to explore, these forests hide a man-made wonderwork in a cave tucked away near a small hill. I felt humbled to experience the beauty of this sacred place, a site named Argondia created by the famed artisan Reon. The entire cave served as Reon’s canvas in creating this ethereal space, and I could have easily gotten lost within the splendor of the experience. 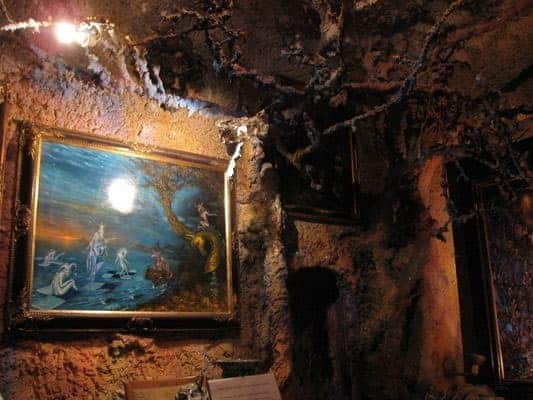 The entire cave served as Reon’s canvas in creating this ethereal space, and I could have easily gotten lost within the splendor of the experience.

The beauty of Prague cannot easily be expressed in few words. It is something that one must see and truly feel, and you’ll leave in awe and gratitude that you were able to visit this incomparable place.

[quote_colored name=”” icon_quote=”no”]Home to an arts culture all of its own, a standing history within its architecture, and world-class cuisine and fine beer, every step in Prague is like discovering a treasure no one has ever seen before[/quote_colored].

It’s a place I hope to visit again, as Prague inspires and creates a mystical curiosity that I feel will never be satisfied.