UAE’s Love For Art – A Live Canvas of Music, Poetry, Theatre and Films

Well, for one, it is said that Dubai is very cosmopolitan and never fails to impress us with its astounding beauty, energy, and cultural diversity! Moreover, this wonderful place is emerging as a center for its pure poetry, the hues of its canvas, the passion of its people, and the tunes its own culture and history gracefully unfolds.

The United Arab Emirates’ colorful art scene today proves that this region in the Middle East does not only thrive in its usual stereotypes, but also encouraged talents who try to capture and express the culture, personal struggles, and the carousels of human experience.

For three decades now, UAE has been investing on its arts and in return, it has been reaping wonderful outcomes. The great success of Abu Dhabi Art Fair every November and Art Dubai every March shows how UAE is anchoring it’s love for art. In addition, branches of Christie’s and Sotheby’s have been the platform for art auctions in the region. 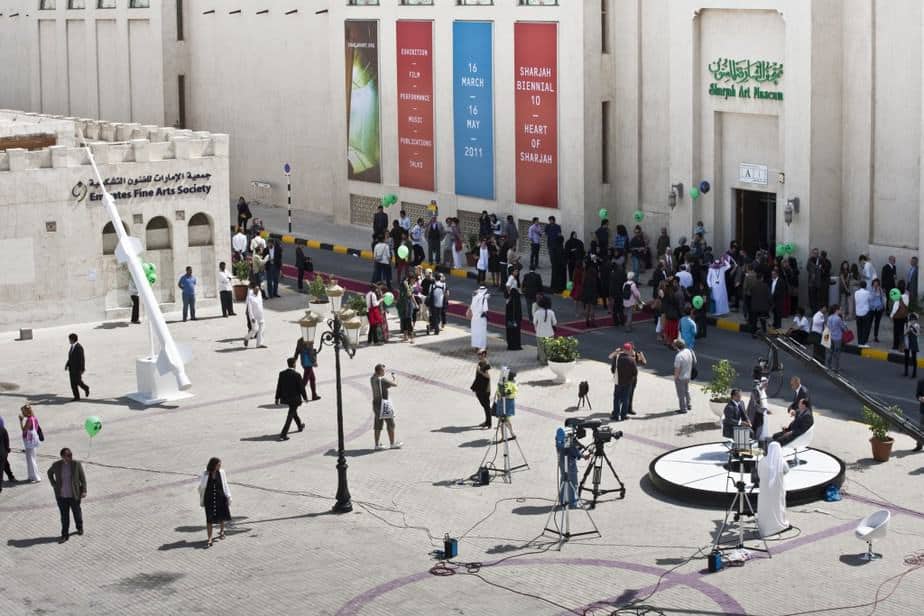 Then, in the recent years, UAE art scene has caught the world’s attention for tremendous breakthroughs such as the establishment of Sharjah Biennial, Guggenheim Abu Dhabi, and Louvre Abu Dhabi. Heritage and culture are both part of what UAE is made of and known for. Emiratis try their best to preserve these while staying open to the ever-evolving art world.

In 1993, Sharjah hosted the Sharjah Biennial which was a big part in the city’s aspiration to be the cultural heart of UAE. Three major venues for arts have been giving the perfect avenue to Emiratis and international artists to showcase their works and visions – the Sharjah Art Museum, the Heritage Area, and the Sharjah National Theater.

The existence of these venues has been a massive help to those who create art and those who seek artistry.Besides these institutions, there are other dynamic alternative art spaces in Sharjah such as Maraya Art Center. It is dedicated to uphold community creativity above everything else. Paving the way in order for art to reach more people. 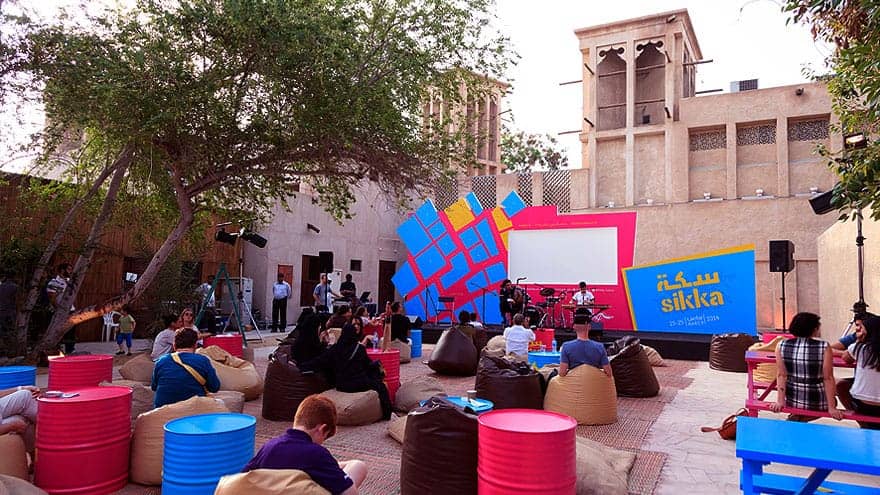 Dubai on the other hand strives to keep the balance between being a vibrant metropolis and a center for global culture and art. Wondering how alive the art scene in the Dubai city is? Well, visit in the month of March. You’ll get to experience the numerous art fest and events: Art week featuring SIKKA Art Fair, Design Days Dubai, Art Dubai, Dubai Art Season, Middle East Comic Con, and the Gulf Film Festival. Other studios which are less commercial by nature do not fail to uplift the creative spirits of local artists. They do not only provide a space for artists but ensure the cross-cultural exchange and other beneficial activities that expand the awareness and passions of many. 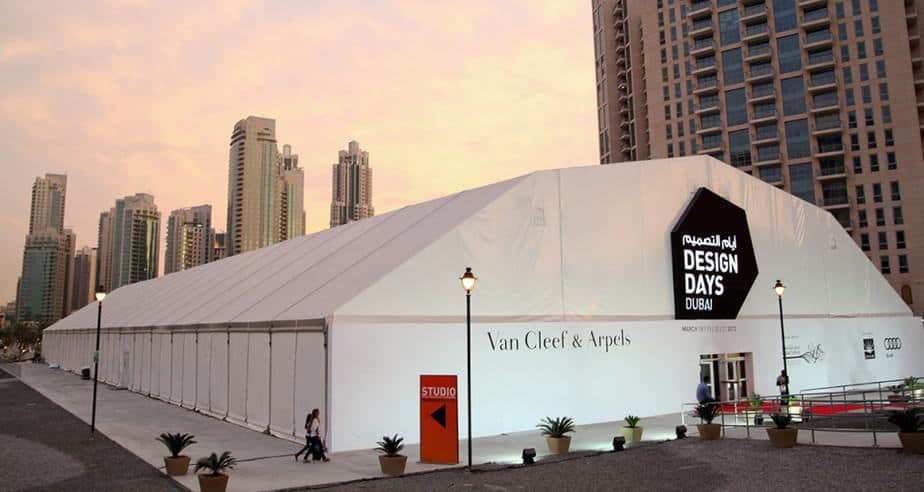 Abu Dhabi has created Saadiyat Island – a cultural district devoted to culture and art – is a live canvas for culture, design and art drawing regional and international artists with exhibitions, productions and performances. Museum Louvre is located here to house the aesthetic expressions of different civilisations and cultures, from the most ancient to the most contemporary.

UAE does not only fulfil what the eyes call beautiful, the region tries to promote and exhibit the richness of its literature. There have been bold initiatives and projects that aim to foster literature that is only available in Arabic language. With this Kalima and Tarjem are specifically geared on translating literature in Arabic language. Imagine how these written words have survived catastrophes and conflicts. Imagine how they have been passed on from generation to the next. Imagine how it can impact someone from the future.

In March, Abu Dhabi becomes a hub for bookworms for the annual Abu Dhabi International Book Fair is being held. To give honor to promising writers and translators, Sheikh Zayed Book Award has been given to scholars, publishers, and scribblers who are contributing in the literary and cultural growth of the region.

[quote_colored name=”” icon_quote=”no”]UAE also breathes and conceives beautiful Arabic poetry. For Emiratis, poetry is still regarded as one of the highest forms of expression in literature.[/quote_colored] 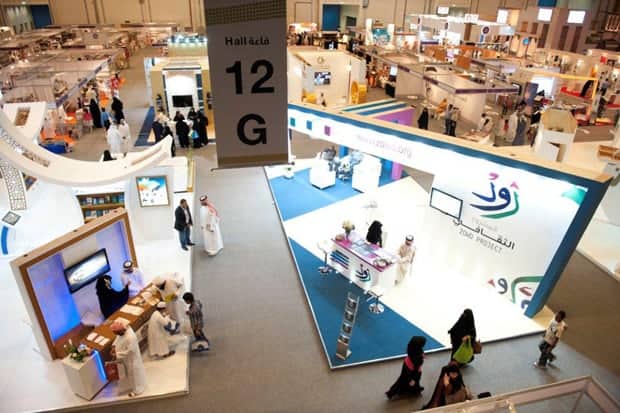 Despite modernisation, the love for the verses is undeniably present and powerful. It is deeply rooted – that’s why nabati poetry means “the voice of the people.” This reminds me of the beautiful lines from poet Mary Oliver, “poetry captures the silky part of our beings.” And because the verses are being looked up to, TV shows such as “Poet of the Million” and “The Prince of Poets” has gained so much mainstream popularity. This is an amazing thing knowing that in other parts of the world, poetry and poets have been struggling to stay alive. Both shows are being guided by the Abu Dhabi Poetry Academy and steered by TCA Abu Dhabi.

UAE’s love for Music and Theatre

Music is another ancient creative form which has kept UAE as cultural and colorful as it is today. The Abu Dhabi Festival is a big event that gathers musicians, performers, and artists from the localities and the international scene. This festival is made possible by a non-profit organization called ADMAF (Abu Dhabi Music and Arts Foundation) was founded in 1996 and it has been a great catalyst in bringing culture and creativity closer to the communities and the people.

[quote_colored name=”” icon_quote=”no”]Just like most of the countries and regions of the world, storytelling is also very close to the heart of UAE. It is believed that other art forms have sprung from it – theatre and performing arts.[/quote_colored]

The Courtyard Playhouse is a lovely pod for theatre lovers in Dubai. Known as Dubai’s first and only dedicated,purpose-designed improv’ theatre dedicated to nurturing local talent and developing the improv’ scene, Playhouse has full schedule of workshops for adults, teens and children as well as a schools programme, and are reputed to screen National Theatre Live and MET Opera productions on a monthly basis.

Desert Monologues is one of their diverse courses designed stage performers and acting enthusiasts where you can work with like-minded and talented individuals for eight weeks and towards the end you will get a chance to perform onstage.

TCA Abu Dhabi makes sure that there is harmony in keeping the culture and tradition of the region while staying open to new influences from other countries. With this, they organize and host events that allow the fusion of the Classics and the contemporary. They also take responsibility in keeping the younger generation enriched by the beauty of their tradition through music and the arts (in diverse forms). To art enthusiasts, this is amazing. It’s like being fully present in the now but being able to dangle your senses to that glorious past lived by your ancestors – passed on to you from generation to generation.

From October to December, film festivals are being held – Abu Dhabi Film Festival (October-November) and Dubai International Film Festival (December). The region offers an array of top documentaries and movies. Abu Dhabi Film Commission also promotes the region as an awesome film location regionally and internationally. There are also initiatives that uphold the film making industry. This gives more opportunities to even budding filmmakers.

All these simply show how UAE’s love for art is undeniable. It also goes to show that creativity has been breathing through the region. Art pulls together the gems of the past and the surprises of today. The beautiful thing which keeps UAE art alive is how the governments and non-governmental organizations support art projects big and small. A great example of how it should work – hand in hand, harmoniously.

Seven monarchies. The cooperation between the governments and the Creative Emiratis. One pulsating passionate heart for the arts and you must try this wonderful hub of creativity!

Tags:
contemporary, editorpick, middle east
Newer Off The Beaten Path : Top 8 Art and Culture Attractions in Prague
Back to list
Older Significance of Female Surrealism in a Male-dominated World