Humans; jewels of the universe.

The universe is everything you see and cannot even see.

No one knows exactly how vast it is.  Many jaw-breaking wonders can be seen in the universe – stars, planets, meteoroids, comets and even the concept of gravitational force holding the universe together – are some of these wonders.

The solar system, however, houses a planet that accommodates a unique set of beings. The planet earth houses a special wonder in the universe. These wonderful and unique beings are humans; jewels of the universe.

The Uniqueness of Human Beings

It is not a debatable fact that humans are the most intelligent creatures that live on earth.

Humans have demonstrated their uniqueness in diverse ways.

A look at the modern world is more than enough proof to showcase the creativity and exceptionality of humans.

Over centuries of existence on earth, humans have been able to unravel many concepts in various fields such as mathematics, psychology, sciences, arts, and medicine – this is one of the distinguishing reasons what makes us human 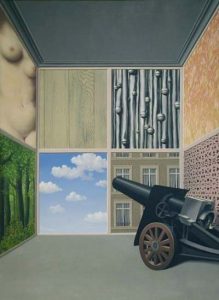 Moreover, the discoveries found in these fields are used to transform the world; from living in huts to living in mansions, from wearing hides and skins to putting on clothes made of wool and fabrics, from traveling on foot to animals and airplanes.

Discoveries in the field of medicine have helped humans in resisting diseases, thus ensuring good health. The most outstanding quality of humans is their ability to exhibit communication skills effectively. The most salient of these skills is speaking. Only humans are capable of speech production. These unique features are what makes us human

Humans can live and survive in isolation, however, it is the nature of humans to live as a group.

Imagine being the only person living in a place, you can’t help but feel lonely. However, loneliness is not the adverse effect of living in isolation. The things you know now, you could not have learned them if you had been isolated from other humans.

Human communication is learned only in the environment of humans, not in isolation.

Also, moral values are ingrained in you as a result of your inclusion in the society of humans.

You can know what is right from wrong, make a reasonable judgment in required situations and even show emotions because of your relationship with other humans.  All these cannot be learned in isolation. This is why we are social beings. We live as a group, as a society, and that what makes us human

It is our sociality with one another that differentiates us and makes us have a sense of belonging to one tribe or country. 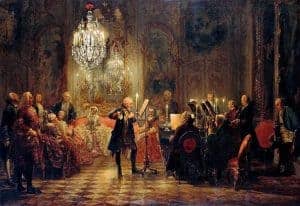 Society of people brings about the emergence of a culture which is the total way of life of a group of people. This culture shapes the behavior and attitude of individuals to the world.

The culture of your society where you’re groomed will determine your behavior and experience of life. It is through its lenses that you will view the world.

Culture can be acquired through teaching, learning, imitation and other means of cultural transmission.

This cultural integration and transmission cannot be passed from one human to another in isolation. It can be transferred only within the confines of a social group or setting.

This is why humans are social beings.

As humans, we can examine our emotions and thoughts inwardly. This is a thinking process that is unique and peculiar only to humans.

It is one of the things that makes us human. Introspection is the means through which you know the processes that occur in your mind.

It is an examining process that enables you to know your very personality through the way only you can understand. The concept of introspection is a key topic in epistemological philosophy.

As humans, we need certain things for survival. We need food, clothing, and shelter. The absence of these basic needs can make survival narrow and difficult.

It is only natural that we take care of ourselves by finding these basic needs for ourselves before others. For instance, should you hear the sound of a bomb, the first thought that will cross your mind is to run for shelter to protect yourself, you may then think of others. This is what makes us psychologically egoistic. We aim at safeguarding and providing comfortability for ourselves first before others. It is a trait that can be found in all humans.

Moreover, despite our psychological egoism, we can also be altruistic. However, chances are that we can exhibit this trait if our interest has been satisfied first. Egoism and altruism are the interest of psychology and philosophy.

The human brain is the center of intelligence where creativity and imaginative power of humans reside, probably, one of the logical reasons of what makes us human

Researches from the neurological field and other related fields have shown that no human being has been able to potentially use it fully. 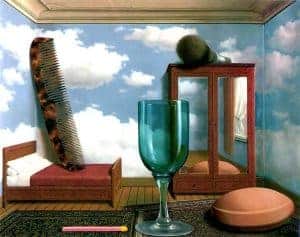 The brain is so complex that it is more sophisticated than the universe itself, as stated by Norman Cousins, “Not even the universe with all its countless billions of galaxies represents greater wonder or complexity than the human brain.”  It is the center for mental faculty functioning such as imagination, intuition, introspection, thinking, reasoning and innovation. It is used every moment of our lives. Without the brain, survival is impossible.

Humans’ Connection to Art and other Creative Pursuits

The human mind is creative and innovative.

Creativity is one of the demarcating landmarks that differentiates us from animals. It is what makes us human.

Owing to the complexity and organization of our brain, we can think logically and rationally than any other being on earth and the universe. This thinking ability gives us the enablement to figure out things and solve problems.

Through creativity, we can bring to life what never existed before. In the Anglo-Saxon and Medieval period, there was no such thing as a cell phone. However, the soaring rate of technological innovations in the present modern world has not only produced cell phones but cars, computers, robots, artificially intelligent machines and many more. Innovation and creativity can rightly be said to be the weapon of survival for humans. 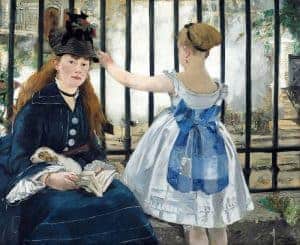 Moreover, being an emotional and sensitive being, we have a deep connection to art. Art is life. If there is anything that brings out the creativity embedded in us, it is art. There is a deep connection between a painter and his paints.

That is why a legendary painter like Leonardo da Vinci can paint Mona Lisa.

There is a deep connection between a musician and sounds. This explains the reason why great composers like Ludwig Beethoven and Wolfgang Mozart can compose breath-taking musical pieces.

All humans have a connection, however small, to art, apparently, one of the reasons what makes us human

Literature as an art is the mirror of life.

It reflects the way of life of a group of people. Literature has three genres which are drama prose and poetry. Each of these genres is the means through which writers exhibit their creativity in writing. Through these genres, writers creatively express human life experiences and behaviors. The essence of life and even its vanity is explored in the realm of literature.

One of the prominent genres of literature is poetry. It expresses emotional feelings. Literature is everywhere. It is through connection however that it can be drawn out. Through creativity, writers connect to the realm of literature and bring out its power.

Same applies to music. The connection of humans to music is intense and almost indescribable. We naturally love it. It is hard, if not impossible, to find someone that has an abhorrence for music.

Although people can be choosy about the “type” of music they prefer to listen to, the point is that every human is a lover of music. Music is a powerful medium through which creativity can be expressed.

Music composers and instrumentalists, through their connection to music, display their creativity by producing pleasant sounds capable of stirring different emotions in the mind of listeners.  However, you don’t have to be a musician before you can have a connection to music. The connection is inherent. The fact that music is capable of effecting an emotional change within you shows you’re in a way connected to it.

This is what makes us human.

Humans are a special breed in the universe. Our uniqueness is a function and result of possessing the most sophisticated organ in the universe – the brain. Through the effective use of the brain, we can make rational decisions and improve the world around us.

We can create and innovate things through our creativity. We are also drawn and connected deeply to art where we express ourselves through creative writing, painting, drawing, dancing, music, sculpture and other creative pursuits. This display of creativity and connection to art is what makes us special.

It is what makes us human.

Famous Paintings Keith Haring an American social activist and street artist is also one of the few contemporary artists that have perva...