The Beauty of Brilliant Beirut

This past October, Dubai took a step closer in re-establishing itself as the regional capital of design. Hundreds of designers and international design enthusiasts from all over the world converged on the city to view exhibitions from more than 35 countries during Dubai Design Week.

Part of Dubai Design Week is an annual series, Iconic Cities, which was dedicated this year to Beirut. A great experience is delivered in a powerful manner.

Brilliant Beirut, curated by Rana Salam, was one of the exhibition’s standout achievements. Her work documents the evolution of design in the Lebanese capital over the past seven decades, telling the story of Beirut as a continual canvas for innovative and talented designers.

The Carlton Hotel in Beirut, built by Polish architect Karol Schayer in 1957.

Beirut is a diverse civilization rooted in the cultures of the great ancient artists and designers from the Greeks, Romans, Arabs, and Ottoman Turks, to even far-flung cultures like the French. Its complexity, conflicts, and glamorous glory all contribute to the beauty and vibrancy of Beirut’s modern Art and Culture scene. 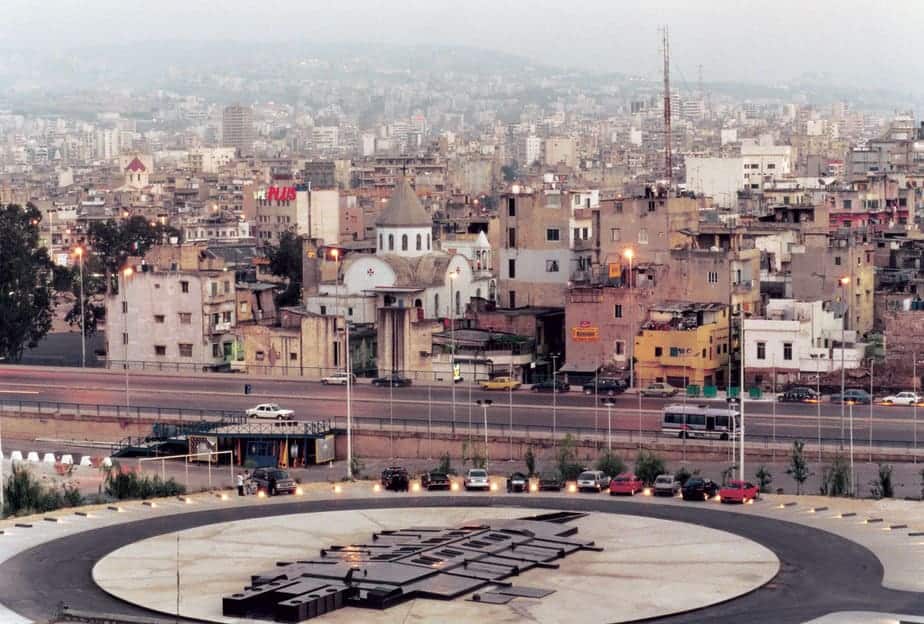 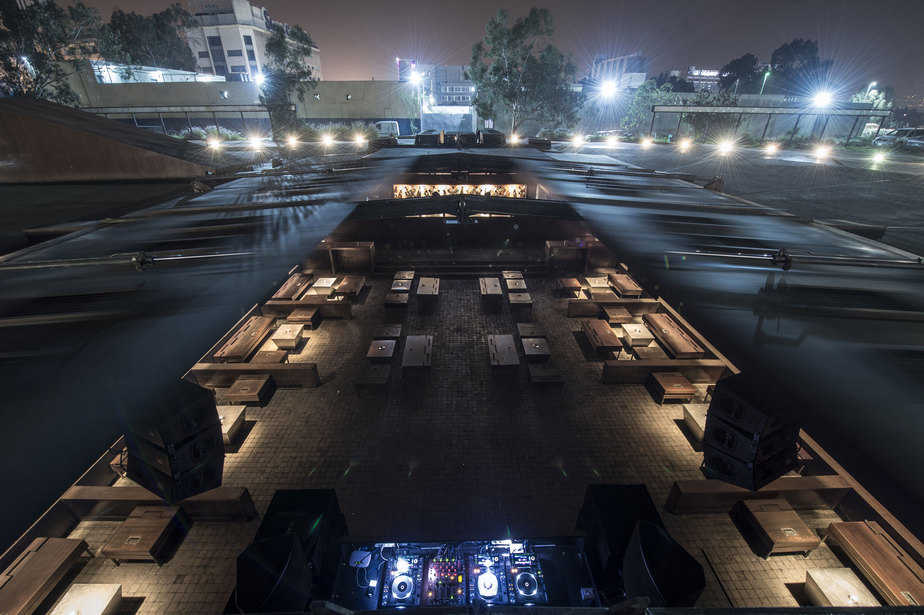 Salam shows this to the viewer through an installation that mimics the feeling of walking down the streets of “The Paris of the East”. Though that is its nickname, through each designer’s contribution to this stunning city, it is made apparent that Beirut has its own unique beauty.

[quote_colored name=”” icon_quote=”no”]Beirut does not imitate other cities. Beirut is not a replica. It is a special combination of people, lifestyles and architecture that result in an authentic city with a unique modern identity. Beirut is convinced it can be to be the most advanced, trendy and cutting edge city. Without copying any other city. Because Beirut is ambitious, says architect Karim Bekdache [/quote_colored]

Brilliant Beirut touches on almost every avenue of design, giving the viewer a look at the city’s contributions to architecture, interiors, graphics, and product design beginning in the 1950s and moving into the present. Salam also explores the processes by which this art is created, from education to implementation. 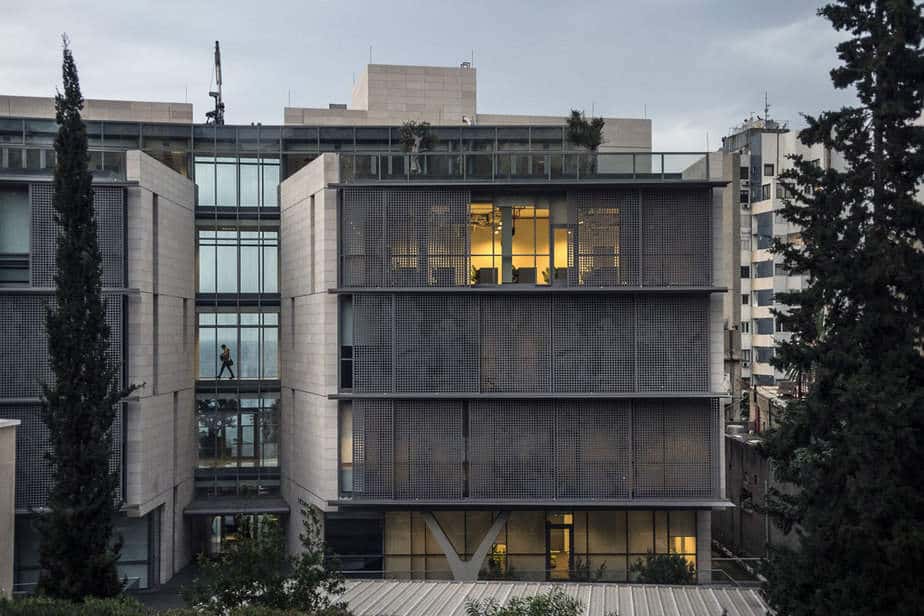 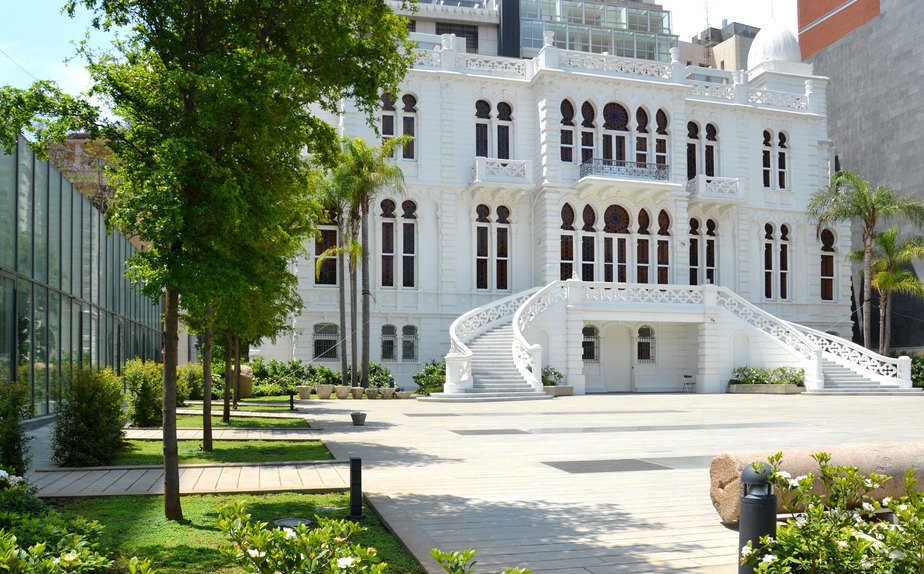 Brilliant Beirut touches on almost every avenue of design, giving the viewer a look at the city’s contributions to architecture, interiors, graphics, and product design beginning in the 1950s and moving into the present. Salam also explores the processes by which this art is created, from education to implementation.

The daughter of the renown architect Assem Salam, and a highly respected package and graphic designer herself, Rana has been passionate about Beirut’s evolution through design since childhood. The artist shares her experience of the city beginning with its masterful architecture, from the clean lines of Schayer’s Carlton Hotel, to the pop artesque circle-dot façade of Victor Bisharat’s Koujak-Jaber, into the 20th century’s most futuristic nightclub feature, the BO18’s militaristic retracting roof designed by Bernard Khoury in 1998. 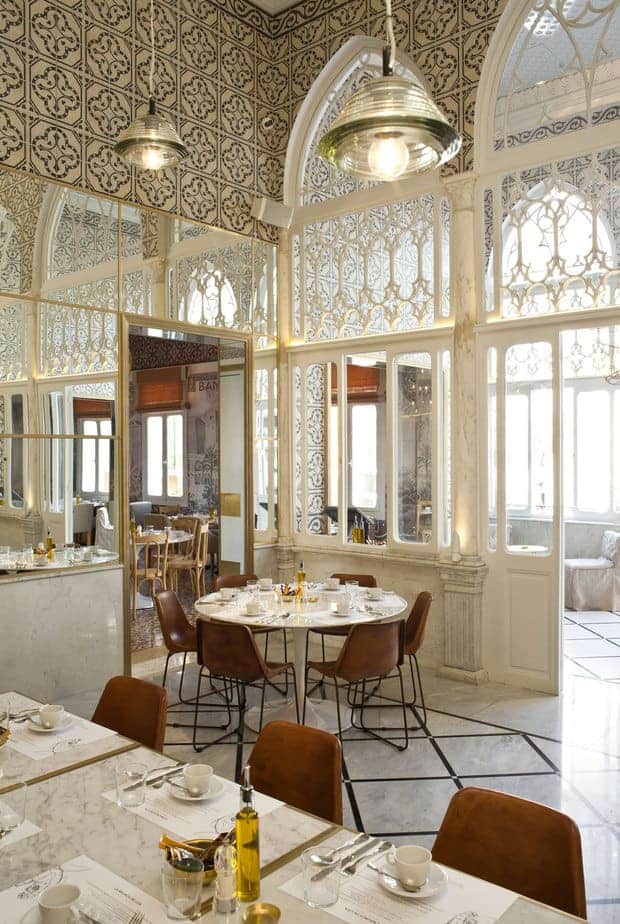 The exhibition moves into graphic design, showing special attention to how changes in the nation’s social, political, and wartime dynamics effected shifts in style. She does the same with fashion and product design, with the ultimate focus being the creation of a definition of Lebanese style. Examples included furniture, decorative and functional objects, interior innovation, product and business branding, lighting, and signage.

Salam does not end with the present, but has the viewer look into the future through advances in design education and by including modern works in progress, like the construction of the Ashti Foundation building by architect David Adjaye. This part of the show is captioned “Beirut Today: Evolution, not revolution.” Salams choice of capitalization in that caption captures the feeling of the installation. 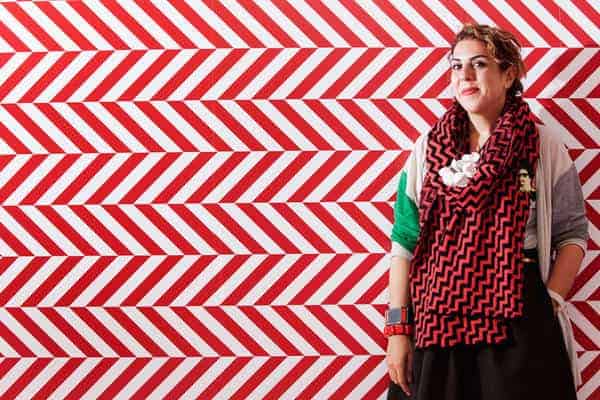 Of this work the artist says, “There is a need to change the world’s perception of the Middle East, and to reflect it in a fresh and engagingly positive light,’ she says. ‘what better medium to use than the power of design?”

Not only is ‘Brilliant Beirut’ an example of thoughtful curation, it is also a testament to the talent and fresh perspective of one of the world’s great current designers. Salam herself is contributing to the boom in product and graphic design in Beirut while infusing the flavour and culture of her treasured city in international projects as well.

Thank you Dubai Design Week for featuring this amazing series of beauty and redemption!

END_OF_DOCUMENT_TOKEN_TO_BE_REPLACED

Iran has been in the limelight for various reasons, some of them being nuclear deal conflicts and cultural invasions. The advent of int...

END_OF_DOCUMENT_TOKEN_TO_BE_REPLACED

MyneAndYours – Honouring the Power and Beauty of Street Art in Sharjah

The United Arab Emirates’ colorful art scene today proves that this region in the Middle East does not only thrive in its usual stereot...

END_OF_DOCUMENT_TOKEN_TO_BE_REPLACED

UAE’s Love For Art – A Live Canvas of Music, Poetry, Theatre and Films

Well, for one, it is said that Dubai is very cosmopolitan and never fails to impress us with its astounding beauty, energy, and cultura...

END_OF_DOCUMENT_TOKEN_TO_BE_REPLACED

When we say “surrealism”, what’s the first name that pops into your mind? It’s probably Salvador Dali. He’s so prominent; his name h...